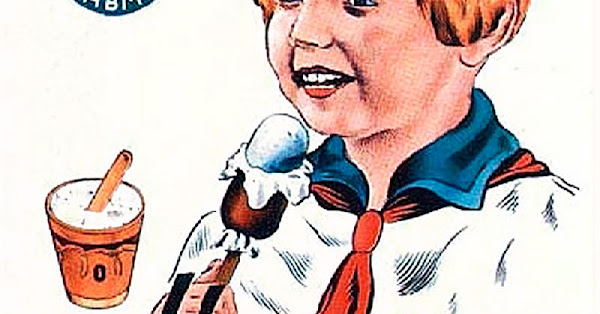 The purpose of advertisements is to advertise products and increase sales, but under communism in Soviet Russia they served an entirely different and completely useless purpose. The Soviet Union was a planned economy where all industries were controlled by the state. There was no private sector and no competition, and therefore instruments that were implemented in a free market had no place in a state-controlled economy. Nevertheless, consumer goods were still advertised on television.

“Between 1967 and 1991, the Soviet Union’s only advertising agency produced literally thousands of advertisements, offering products that state-owned companies did not produce and had absolutely no intention of producing”, writes Rakesh Krishnan Simha beyond russia,

He advertised such non-existent products as minced chicken, hot-air showers and double layered toilet seats. All these commercials were produced by Estonia-based Esti Reklamfilm (ERF). In just two decades, ERF created more than 6,000 advertisements for both real and imaginary goods.

“This is the absurdity of the planned economy,” Hardie Vollmer explainswho co-directed a documentary about ERF, titled The Gold Spinners. “There was a fixed number for almost everything – for production, for consumption and for advertising. Everything else is adjusting reality with the planned number – and it was sometimes very difficult. So if a certain plan Was that 1% of every Soviet company’s budget was to be spent on advertising, then money had to be spent. The clips were of high or low quality, or they worked at all – no one cared, really.”

The first commercial advertisement was broadcast in the Soviet Union in 1964. It featured an animated gang of sweet corns on the cob, singing songs with chefs promoting healthy eating habits. If you want to stay healthy and make it to 100 years, then you must include corn in your diet, sang the actor. According to those TV commercials, Soviet housewives could cook anything they wanted, from salads and soups to sweet puddings and cakes using corn.

Promoting corn as a healthy food was the idea of ​​Soviet leader Nikita Khrushchev. Inspired by America’s highly successful corn production, Khrushchev wanted to turn the country into the world’s second largest corn producer. From the very beginning advertising was another means of publicity.

“Overall, the ads did not promote or sell anything other than the current agenda, official ideology,” Lyubov Platonova saysAn award-winning TV producer from the arts channel Rosia Kultura.

The Australian Magazine writes that it was sometimes used “to project a story of abundance on a population that was accustomed to experiencing scarcity.” Smith Journal.

After Leonid Brezhnev overtook Nikita Khrushchev, the new leader pushed the industry to focus on consumer goods, and here ERF founder Peidu Ozama, who produced propaganda films for party officials, saw an opportunity. . The ERF then had a windfall when Moscow mandated that all Soviet companies spend a percentage of their revenue on advertising.

Rakesh Krishnan Simha explains, “The way the ERF and the Soviet companies represented this, the way clients and advertising agencies operate in a market economy, do not work together.” “Under the Soviet system, the owners of the company, who were essentially Communist Party alcoholics, would hand Ozama a script, who offered a guide to working ERF. But ERF’s creatives did whatever advertisements they wanted. , prepared them, and when party bosses reviewed the movies, everyone pretended everything was fine. Basically, no one cared. After all, if the products were genuine, they’d be from that country anyway. where the shortage was widespread. If the ads were pitching ghost products, it didn’t matter, because there was nothing to sell.

According to the South Journal, “Most of the products were painted in a way that made them look like they were completely state-of-the-art. ‘It’s easy to use,'” said one actor in an ad about margarine. ‘Just spread it on a piece of bread’!”

They were also shot in flashy locations featuring beautiful women: “The milk ads were created against the backdrop of the glamorous Alps; Soviet cars were shown driving through the streets of Paris; And Estonian actors were taken to distant bazaars to be caught eating a couple of grapes. ,

The ads themselves became wildly popular, despite the fact that no one could take the products advertised into their own hands. Spectators used to wait for him in the middle of the regular program. In fact, they became so popular that television networks introduced a 20-minute program every Saturday afternoon with nothing but commercials one after the other.

Commercials were also classified as documentaries, as a documentary made more money than commercial films. Kiur Arma, who co-directed The Gold Spinners, explains: The main reason for the “documentary” genre was purely financial – each product or service in a planned economy has its own fixed price, set somewhere in a ministry. Since commercial films were brand new as a notion, they didn’t have that fixed price for them. So the makers of ERF described him as a ‘documentary film’ – and he was paid for every 2-minute clip as he would have been paid for a 60-minute documentary film.”

ERF churned out so many commercials that it attracted international attention, and in 1985 it was invited to the Cannes Advertising Festival, where it won the bronze medal for an advertisement for energy conservation at home.

“Even in that moment of glory there was irony because the Soviet Union was the world’s largest energy producer and its second largest exporter. Conservation of energy was down the list of priorities in the Soviet Union,” writes Rakesh Krishnan Simha .

Like all things communist, the ERF’s money train came to a crunching halt with the collapse of the Soviet Union and the opening of the market. Russian television was flooded with foreign commercials advertising genuine products. The clip length was also dramatically reduced to shorter clips a few seconds longer, and commercial advertisements began to appear in a certain time slot. ERF eventually went bankrupt in 1992.

Of the approximately 6000 commercial films shot, only about 300 survive today. One of them was even featured in a Hollywood movie borato,