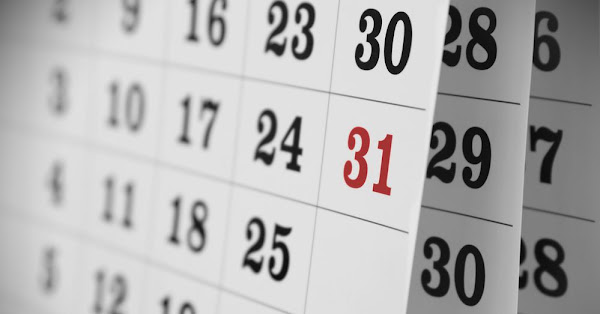 Some years seem longer than others, especially when you are going through a bad phase in life like being stuck at home because a pandemic is wreaking havoc all around, but the longest year officially on record was 1972. It was a longer than average year. two full seconds. Two additional leap seconds were added on 30 June and again on 31 December of the same year.

What are leap seconds?

From time to time, leap seconds are added to clocks to accurately reflect solar time as observed on Earth. This is due to the fact that the rotation around the Earth’s axis and its revolution around the Sun is inaccurate and varies from year to year.

Earth’s rotation is slowing down, which throws the clocks on Earth out of sync. On average, an Earth day is about 0.002 seconds longer than 24 hours. This difference, however small, adds up and adds up to a second in about 1.5 years. To keep the clocks synchronized with the actual solar day, we need to add an extra second every few years.

“By adding an extra second to the time calculation, we effectively pause our clocks for that second to have a chance to catch up with the Earth,” explains timeanddate.com.

On average, a leap second is inserted every 21 months, but because the Earth’s rotation speed varies in response to climatic and geological events, leap seconds are irregularly spaced and unpredictable. Every year, the International Earth Rotation and Reference System Service decides whether to combine them. If the international body responsible for maintaining global time and reference frame standards determines that a leap second is due, one is added to either 30 June or 31 December. 1972, the year the system was introduced, was the only year that two leap seconds were added. To date, 27 leap seconds have been implemented, most recently on December 31, 2016.

Why is the Earth slowing down?

The main reason for the slowing down of the Earth’s rotation is the tides that the Earth has been playing with the Moon. By creating a slight bulge in the direction of the Moon’s pull, the Moon’s mass is sufficiently large to change the shape of Earth. However, the bulge does not occur directly under the Moon, as the solid Earth has a delayed reaction due to tidal energy dissipation. This causes the Earth to rotate as well as pull the bulge, creating a torque that affects both the Moon and the Earth. In the case of the Moon, this propels the natural satellite into a higher orbit away from Earth, while in the case of the Earth, it loses rotational energy and slows down. 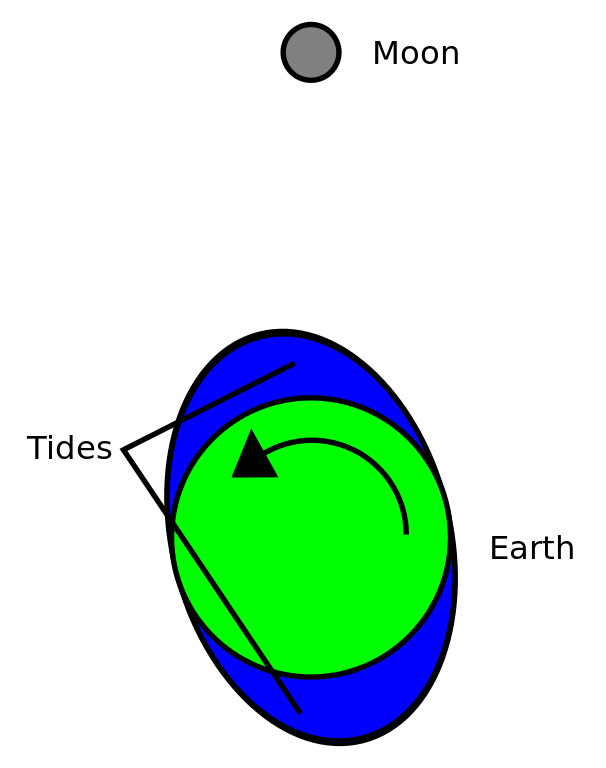 Scientists have attempted to look back in time and measure how long the day was in ancient times. One group of researchers estimated that 1.4 billion years ago a day was just 18.7 hours. At that time, the Moon was also about 27,000 miles from Earth compared to now. By 3.5 billion years ago, the day had lengthened to about 21 hours. The Earth maintained this length for most of the Precambrian period, until about 700 million years ago, when the Earth began to slow down again. 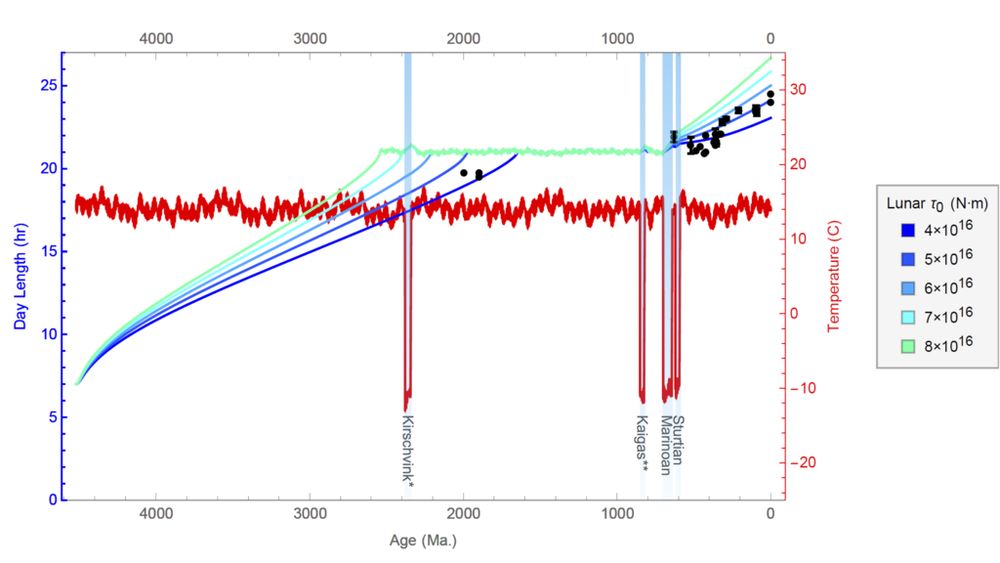 A simulated history of the length of Earth’s day. by graph benkbartlett/wikimedia commons

Tidal acceleration alone lengthens the day by 2.3 milliseconds per century. But there are other contributing factors such as the relative motion between the Earth’s crust and the molten core that creates a disturbance within the Earth, which changes the Earth’s moment of inertia, affecting the rate of rotation due to conservation of angular momentum. does. Large-scale geologic events such as earthquakes and post-glacial rebound, driven by past ice, also alter the distribution of the Earth’s mass, thus affecting the Earth’s moment of inertia and hence its rotation. . Some man-made structures can also affect the Earth’s rotation. For example, NASA scientists calculated that the water stored at the Three Gorges Dam increased the length of Earth’s day by 0.06 microseconds due to a change in mass.

Several international bodies have proposed eliminating leap seconds because it causes problems. Many computer systems fail because the software is unable to handle the extra seconds. The parent body for 11 stock exchanges, including the Intercontinental Exchange, 7 clearing houses and the New York Stock Exchange, broke down for an hour when a leap second was added on June 30, 2015. In the same year, several network failures occurred in the router. The world caused outages in major services like Twitter, Instagram, Pinterest, Netflix and Amazon.

Others object that adding leap seconds is not necessary because the difference between solar time and atomic time is too small to be noticeable.

“According to my predictions, which will only be true if the Earth’s rotation is remarkably predictable, it will take more than 700 years before the clock starts saying 11:30, when it will be at 12:00,” said chief scientist for the time. Demetrios Matskis says. Services at the US Naval Observatory.

This gives us plenty of time to prepare for some other way of keeping the world’s clocks and computers in sync with Earth’s rotation.

References:
# Wikipedia
# What is a Leap Second?, timeanddate.com
# Cade Metz, we must take a second leap before we can cause real harm, wired