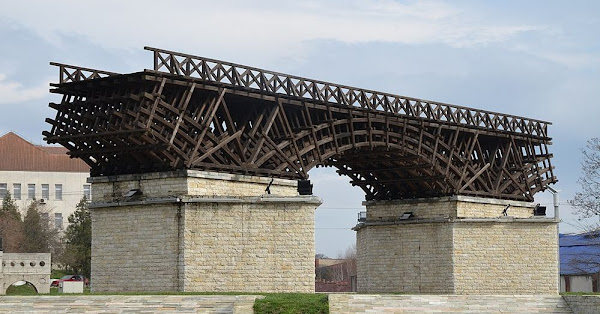 East of the Iron Gate rapids, near the present-day cities of Drobeta-Turnu Severin in Romania and Kladovo in Serbia, once stood an arch bridge. It was ordered by the Roman emperor Trajan, who led one of the largest military expansions in Roman history. Under his rule the Roman Empire achieved the greatest territorial expansion, stretching from Mauritania in the west to Syria in the east, and from Britannia in the north to Egypt in the south. Trajan ordered the bridge to be built so that his forces could cross the Danube and capture Dacia. Consisting of wooden arches mounted on masonry pillars, the bridge was over 1,100 meters long, and at the time it was built, it was the longest arch bridge in both total and span length. The bridge only stood for 165 years until it was demolished by the Roman emperor Aurelian when he withdrew from Dacia. Today the only visible remains of the bridge are some of the masonry columns near the approach to the bridge.

The kingdom of Dacia, north of the Danube, had been on the Roman agenda since the days of Julius Caesar. The Dacians and Romans often clashed with each other. During one such skirmish in AD 88, Emperor Domitian was defeated and the Romans were forced into a peace treaty that the Trajans considered humiliating. To restore Rome’s glory as well as its finances, Trajan resolved to conquer Dacia, capture the famous treasure of Decibalus, and take control of Transylvania’s Dacian gold mines.

To move his troops to Dacia faster, Trajan ordered the construction of a bridge over the Danube. This bridge was completed in just three years between 103 and 105 AD. The structure was 1,135 meters long, 15 meters wide and 19 meters high, measured from the surface of the river. There was a Roman castrum at each end, built around each entrance, so that crossing the bridge was possible only by walking through the camps. The bridge used wooden arches, 38 meters each, set on twenty masonry pillars made of bricks, mortar and pozzolana cement.

For the construction of the piers, water was redirected from the construction site, via a tributary. Wooden pillars were carried into the river bed in a rectangular layout, which served as the foundation for the tributary piers, which were coated with clay. The hollow pillars were filled with mortared stones, while on the outside they were built with Roman bricks all around. Pierce bricks can still be found around the village of Kostol, which have the same physical properties that they had 2 millennia ago. The wooden spans were assembled on the ground and then installed on pillars.

Trojan’s campaign against Dacia was successful. At first the Dacians repulsed the first attack, but the Romans destroyed the water pipe to the Dacian capital. Eventually the city was burned to the ground and Decebalus committed suicide instead of being captured face to face by the Romans. With Dacia’s defeat, the Trojans found the Decebelus’ treasure – a fortune estimated at 165,500 kg of gold and 331,000 kg of silver. The Romans celebrated their victory by holding games for 123 days, in which 10,000 gladiators were involved in battle and 11,000 wild animals were killed during that period. 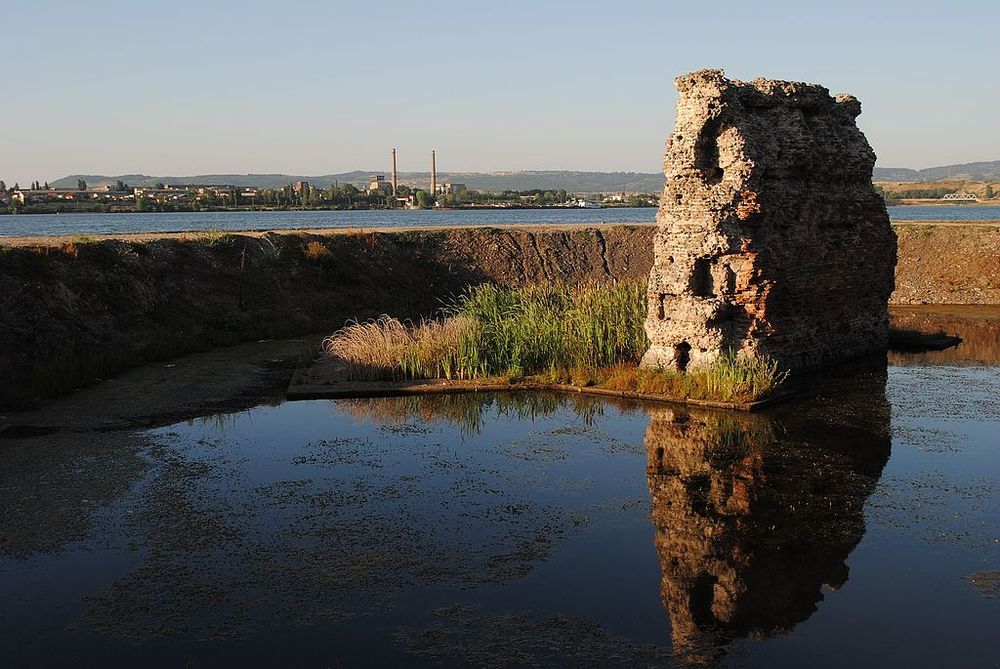 After the conquest of Dacia, the bridge began to appear as a weak point in Roman defenses. To prevent barbaric invasions from the north, Trajan’s successor, Hadrian, removed the wooden superstructure. The bridge was eventually destroyed by Emperor Aurelian in 270 AD. The remaining piers were surrounded by the waters of the Danube, and the bridge was forgotten.

In 1858, the bridge reappeared when an extensive drought caused the level of the Danube to reach a record low. It would be another hundred years before the bridge was excavated in connection with the Iron Gates Dam construction project. In 1932, 16 pillars remained underwater, but in 1982 only 12 were unearthed by archaeologists; The other four were probably drowned in the water. The only entry pillars are now visible on either side of the Danube, one in Romania and one in Serbia. 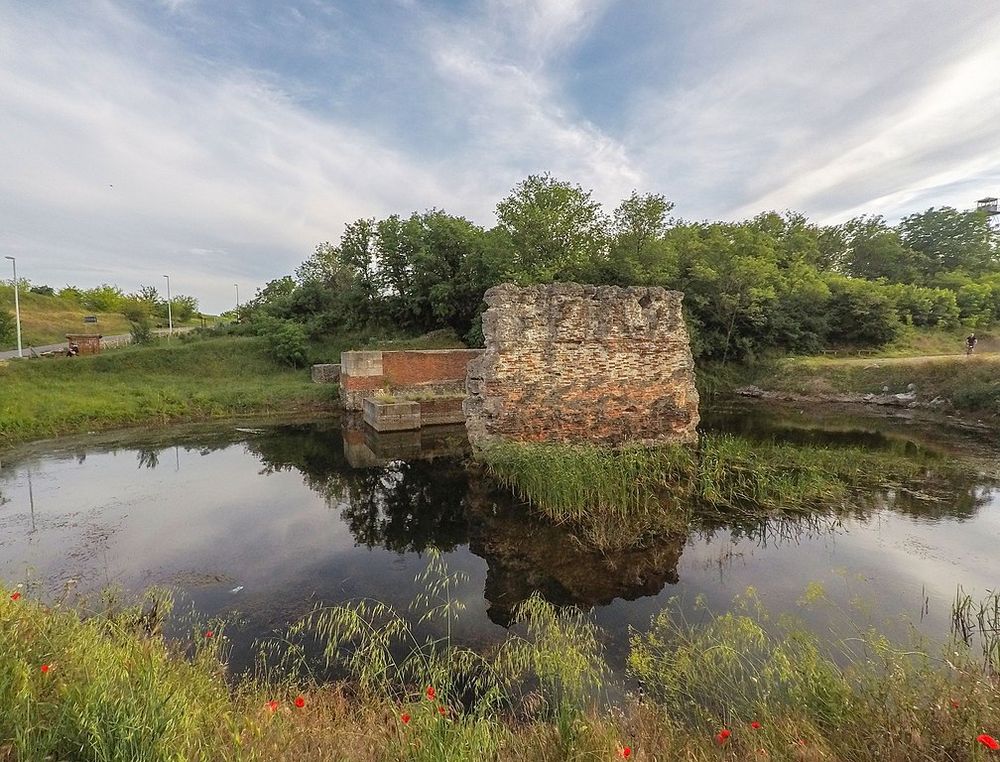