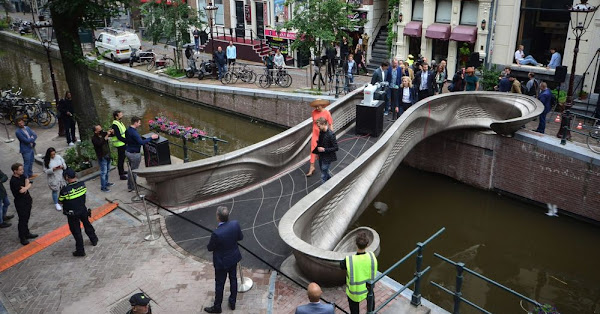 A 12-metre-long steel pedestrian bridge opened in Amsterdam last week. Unlike other steel bridges around the world, it was not forged in a furnace. It was 3D printed.

The bridge, the first of its kind, was built using stainless steel rods welded by robotic arms in the workshop of Dutch technology company MX3D in collaboration with engineering firm Arup. It was designed by Dutch studio Joris Laarman Lab. The structure weighs 6 tons and required six months to be robotically 3D-printed before it was placed in position atop one of the city’s oldest canals, the Oudezijds Achterbergwal, in Amsterdam’s Red Light District.

Besides serving an essential function, i.e. providing a means to cross the canal, the bridge is a living laboratory, with hidden sensors that collect real-time data about the performance of the overpass. Every time someone walks, runs or cycles on the bridge, sensors will generate data, which researchers at Imperial College London will use to monitor the bridge’s structure and health. Sensors will measure stress, displacement, vibration, air quality and temperature.

This data will be used to create the bridge’s digital twin—a computerized version that will mimic a physical bridge—which can then predict how the structure will behave as the bridge is used. This will allow maintenance needs to be uncovered sooner, and will also help engineers understand how 3D printed steel can be used for larger scale and more complex construction projects. 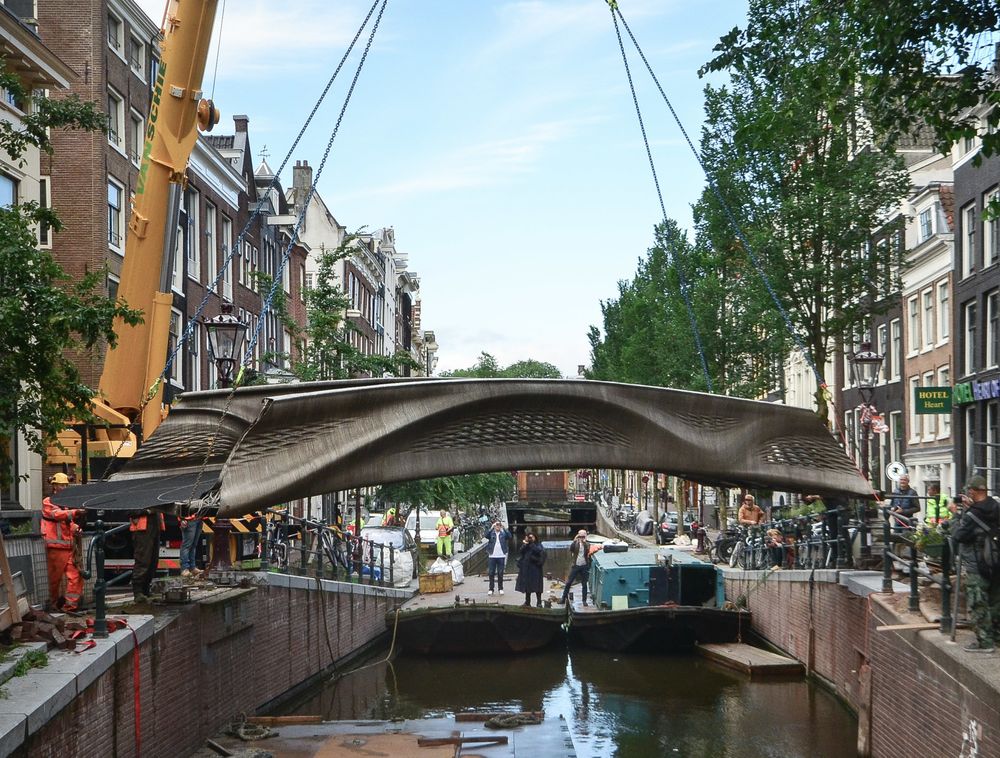 “A 3D-printed metal structure has never been built before to handle pedestrian traffic. We have tested and simulated the structure and its components throughout the printing process and upon its completion, and finally delivered it to the public. It’s great to see it open. Leroy Gardner says, a structural engineer at Imperial London College.

“3D printing presents tremendous opportunities for the construction industry, enabling far greater freedom in terms of material properties and sizes,” Gardner said. “This freedom also brings a range of challenges and will require structural engineers to think in new ways.”

Tim Gertjens, MX3D’s Chief Technology Officer, AP. told That the success of the project has exciting implications for the future of architecture.

“If you want to make a really highly decorated bridge or a really aesthetic bridge, suddenly printing it becomes a great option,” he said. “Because it’s not just about making things cheaper and more efficient for us, it’s about giving architects and designers a new tool – a new very cool tool – in which to rethink their architecture and the design of their design.” can do.”

Despite the innovation, the bridge is not meant to be permanent. It will be there for only two years, while the bridge spanning the canal has been renovated earlier. 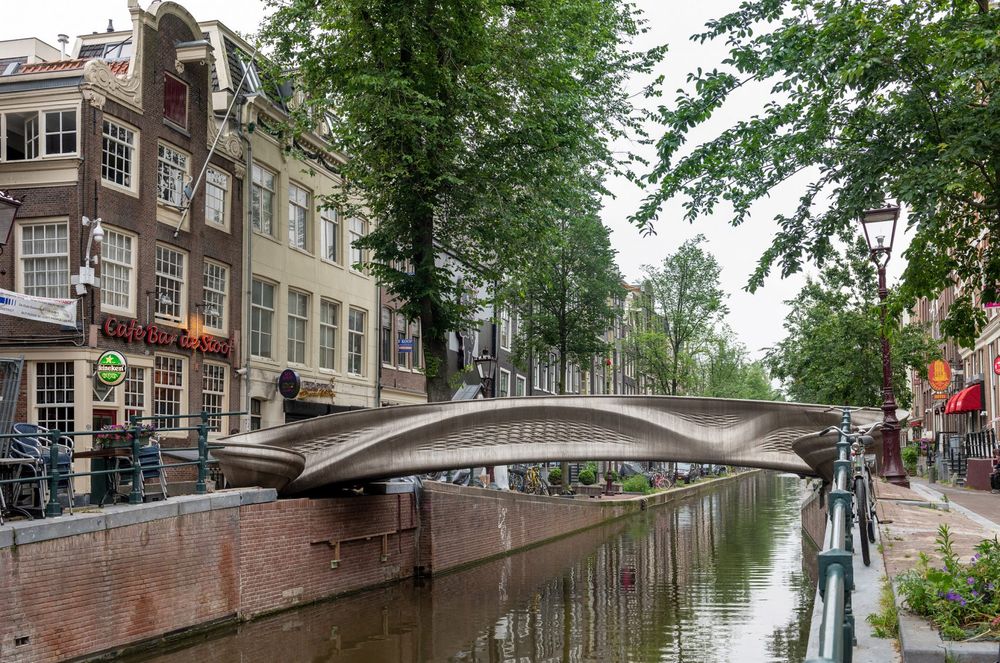 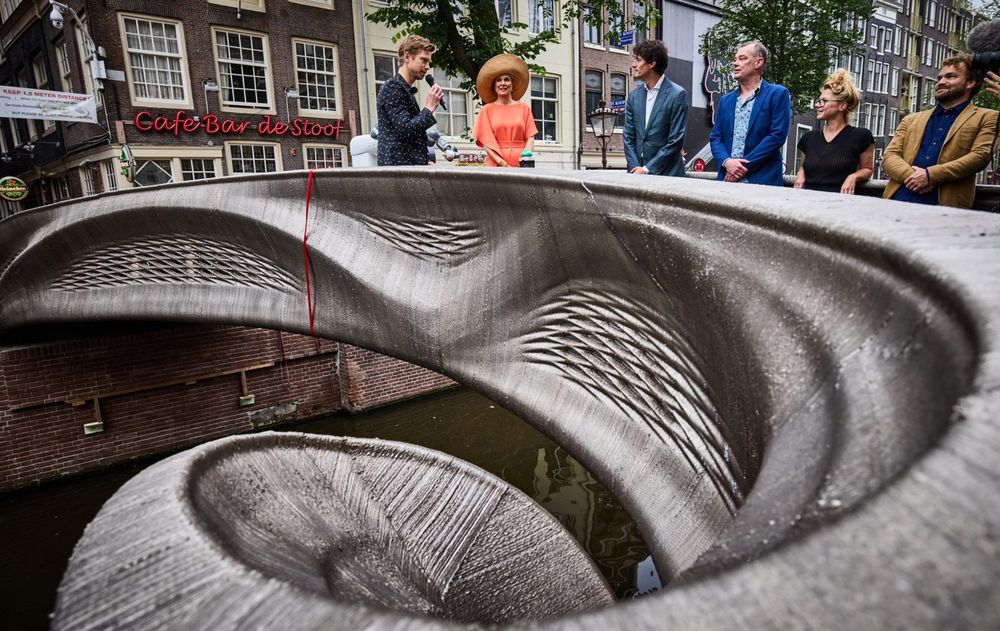