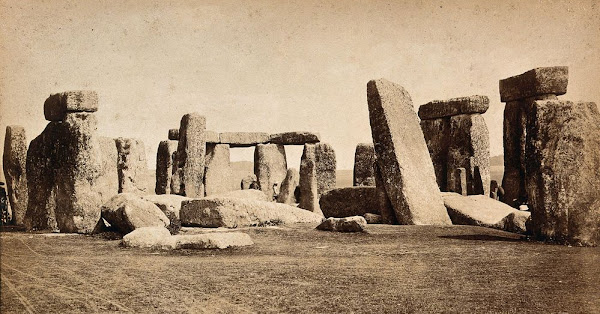 On 21 September 1915, a barrister named Cecil Chubb was sent to auction by his wife to buy some curtains. According to some accounts, he asked for dining chairs. It didn’t matter, because her husband bought neither. Instead, Mr. Chub returns to the home of the proud owner of a crumbling stone monument.

Today, it might be hard to imagine that England’s most famous prehistoric monument, Stonehenge, could be offered for sale at auction, but that’s exactly what happened a century ago.

Stonehenge was in private hands as King Henry VIII confiscated it from a nearby Benedictine abbey in 1540. The monument changed hands several times until it was purchased by the Antrobus family of Cheshire in 1824. In 1900 they closed the monument and began charging a guard and a 1-shilling entrance fee to pay for the restoration of the neglected ruins. After the death of the family’s sole heir, Sir Edmund Antrobus, in 1914, the property was divided into lots and offered for sale through auction.

“Gentlemen, it is impossible to value Stonehenge,” urged the auctioneer. “Surely £6,000 is a bad bid, but if no one bids me any more, I’ll set it at this price. Won’t someone give me more than £6,000 for Stonehenge?”

One by one the hands went up again. Someone offered £6,500. But before the auctioneer could finally reduce his gavel, Mr. Chub chipped in with £6,600. Stonehenge was sold. 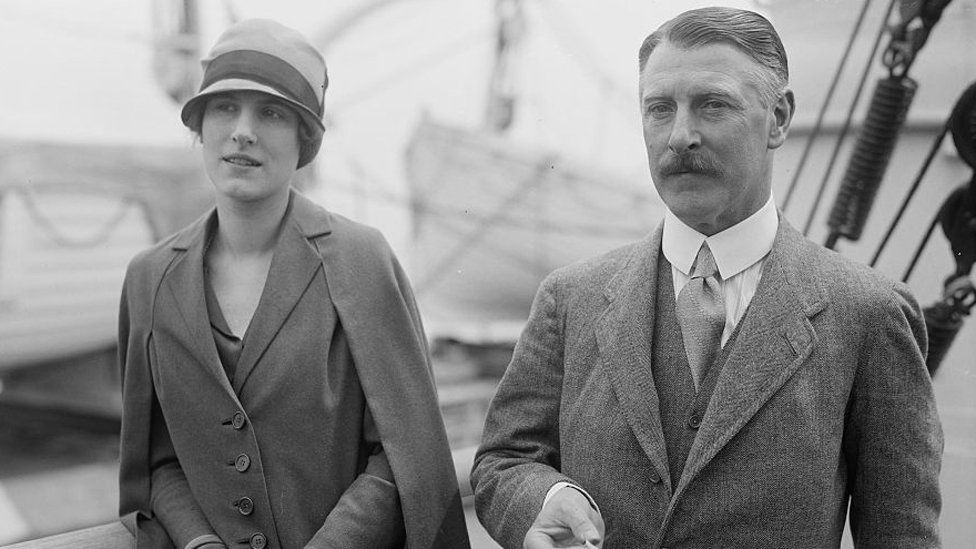 Cecil Chubb with his wife Mary.

Chub’s wife was clearly not pleased, but Chub couldn’t help it. “When I was in the room, I thought a Salisbury guy should buy it, and that’s how it was done,” Chubb told a local newspaper, Chub feared that a wealthy foreigner might buy Stonehenge, break it down, and take it abroad, as was the case with London Bridge more than 50 years later, when it was shipped to arizona,

Three years later, Chub gifted Stonehenge to the British, under the condition that locals should be able to visit it for free. Chubb wrote in a letter announcing the donation:

Stonehenge is perhaps the most famous and most interesting of our national monuments and has always strongly attracted the British imagination. To me, who was born close to it and visited it during my childhood and youth, at all hours of the day and night, under every conceivable condition of the weather – hail, rain and snow, fierce thunderstorms, brilliant moonlight and beautiful storms Kiya incense, it has always had an indescribable charm. I became its owner with a deep sense of joy, and I thought it would continue to be a cherished possession of my family for long years to come. However, it is pressurized on me that the nation would like to keep it for itself, and reward it most of all.

Thanks to Chub’s impulsive purchases and his generosity, Stonehenge was saved for future generations. “Who knows what would have happened if someone else had bought it?”, asks curator Heather Sebier. “It was in a very dangerous state at the time and it appears that Chub stepped in to ensure that Stonehenge remains locally owned. It is now under the protection of English heritage and is safe forever.”

The second highest bidder for Stonehenge was farmer Isaac Crooks, who wanted to herd sheep in the fields. His grandson, Richard, who still farms the nearby fields, told Guardian: “He was going to herd sheep. It’s quite the idea that our family might have owned Stonehenge. But who knows what he might have done with the stones? He was interested in the ground rather than the stones but I think he would have cared about them.

In 1919, the British government began extensive renovations of Stonehenge, which included straightening the stones and reinserting them into concrete. In the late 1920s a nationwide appeal was launched to protect Stonehenge from the encroachment of the modern buildings that had begun to arise around it. By 1928 the National Trust had bought the land around the monument and removed the buildings.