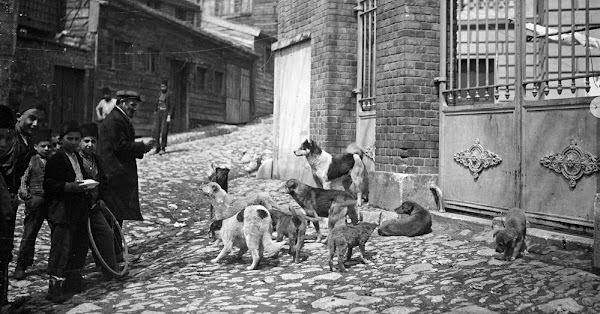 Istanbul has many fascinating sights, from grand mosques to bustling bazaars, but the one thing that has most often captivated the imagination of foreign travelers to the city is its street dogs.

Mark Twain wrote in 1867, “Dogs sleep in the streets all over the city.”

Alphonse de Lamartine wrote in 1833, how the city looked after its canine population:

The Turks themselves live at peace with all animate and inanimate creation—trees, birds, or dogs; They respect everything that God has created. They extend their humanity to those inferior animals who are neglected or persecuted among us. In all the streets, at a certain distance, there are pots filled with water for the dogs.

Julia Pardo has noted that “small straw huts built at intervals along the streets to house and rest the homeless dogs that come every way of the city.” She writes:

There they lay, crouched comfortably, cold enough to welcome us with the chorus of barking they usually give to travelers […], In addition to this shelter, food is given to stray animals every day by residents who have no specific owner, relying entirely on charitable causes, to use the accepted phrase of gentle alms-ask. .’

Four centuries of Ottoman rule from the conquest of Constantinople to the Tanzimat era, the dogs of Istanbul enjoyed a period of peaceful coexistence with humans. Then came the era of modernization, where dogs came to be associated with poverty and emptiness. In an effort to modernize the city, Sultan Mahmud II ordered all stray dogs to be exiled to various islands in the Sea of ​​Marmara. This continued uninterrupted until the Great Dissolution of 1910, when Istanbul’s mayor Sufi Bey ordered the municipality to surround all street dogs and exile them to the barren island of Sivariada, where they would surely starve and Thirst. The people of Istanbul strongly opposed this massacre. They rescued as many dogs as they could and hid them in their homes and barracks. 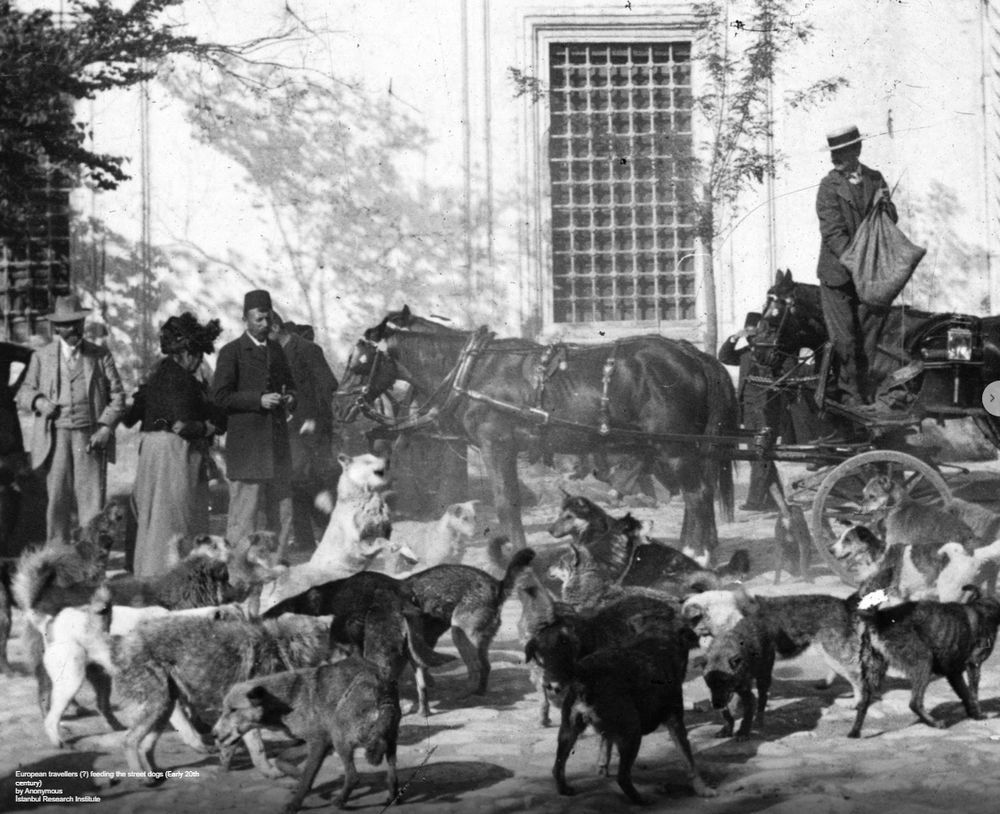 Dr. Remlinger, director of the Istanbul Pasteur Institute, even suggested the establishment of extermination camps. He said:

With its skin, hair, bones, fat, muscle, generally albuminous substance and even intestines, a street dog is worth between 3 and 4 francs. There are 60,000 to 80,000 dogs in Istanbul, with a total cost of 200 to 300,000 francs. Is it not possible to call tenders to eliminate dogs outside the city and establish slaughterhouses outside the city for processing skin, meat and fat for economic purposes? These slaughterhouses may include airtight rooms connected to gas chambers and a cutting room to produce select manufacturing bins for skin, fat, bones, and what not, all that can be extracted from dog carcasses. The animals can be caught secretly at night and transferred to caged carts similar to Europe. If ten slaughterhouses are set up, each can process a hundred dogs a day. The cleaning or dog cleaning can be completed in two months, the proceeds of which can be donated to the charity work of the city.

Municipality workers captured 80,000 dogs and sent them to Shivriyada never to return. The island was rock solid with no trees, vegetation, water or food. Local accounts tell of how the cries of dogs were heard for days and weeks, keeping the city’s residents awake. Not a single dog survived. Some drowned while trying to escape. Some were killed by others for food. But most of them starved to death.

The process of eliminating the dogs did not proceed properly; The people sitting next to me in the morning said that no Turk wants to do this despicable act that will bring misfortune to the Ottoman Crescent; For its execution, gypsies were recruited. These men caught the dogs with huge iron shoes; They grabbed their poor victims by their necks, legs, or tails, throwing them on top of each other in casks that would carry them to the hirsizada. Screams, screams, heated arguments were heard in Istanbul for several days. The Turks were angry and opposed the operation. Poor dog! People hid in their homes as much as possible.

After the incident, the mayor proudly declared: “After the promulgation of the Constitution, I sent all the dogs from Istanbul to Hirsizada. However, later I discovered 30,000 more in the city. I also gradually destroyed them.”

The massacre of the city’s stray dogs left a mark on the psyche of Istanbul residents. People feared that God would wreak havoc on the city in return for their cruelty, and most residents blamed the turbulent times after 1910, including the Balkan Wars and the Ottoman Empire’s defeat in World War I, on dog genocide.

Nearly a century later, animal rights activists from the Animal Party organization erected a stone monument that read, “In memory of the thousands of dogs left to die on this island in 1910.”

Animal Party representative Bunyamin Salman said: “Some of us committed this cruelty we didn’t want, what we didn’t like and which we never accepted. We’ve taken our shame for this violence in our history. We have decided to erect a memorial to express, to declare that we reject this and to ensure that such genocide does not recur.”

However, he adds: “Unfortunately, today, some municipalities collect dogs and throw them away from the city, in wooded areas, where they will not find food. We believe that this is in no way different from the Shivriyada massacre committed in the past.”

Today, Sivaryada Island, located about ten miles from Istanbul in the Sea of ​​Marmara, is nicknamed Hirsizada, or “The Unlucky Island”.