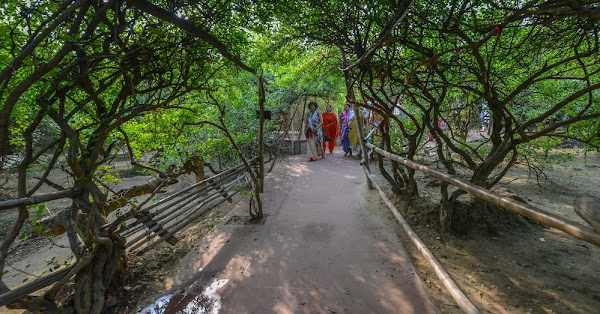 Every year lakhs of people step into Vrindavan for one purpose: to have darshan of Krishna Rasleela, This dance of cohabitation has engulfed the pages of Indian mythology for centuries, and has lured people across the world into the folds of Brajbhoomi, the land of Krishna. While Mathura was where Krishna was born and Gokul where he was brought up, it was Vrindavan that saw his youth along with the gopis. A wild corner of this dusty city continues to sing about the loving mysteries of the Lord even in the 21st century.

This corner is a part of old Vrindavan, which flourishes as a forest called Nidhivan. Nidhivan is a Tulsi or Holy Basil forest where tall plants join together in two pairs. A shrine and a shrine form the complex, and a hive of tombs line the outer areas. Children from all over the world come back here to establish fond memories of their deceased parents. It is believed that a decorated monument set up in the land of Krishna brings good luck for life to come.

A criss-cross tunnel of cane has been set up through the forest for the tourists to see its glory from inside. According to the story, the forest was planted by Haridas, who through his rigorous penance invited Krishna to come here. Since then it is believed that Krishna visits here every night. Instances of supernatural phenomena and a firm belief in their presence have added to the allure of this pocket of nature.

It is common to see a devotee in Vrindavan who says that Krishna breathes in the soil of this land. But when it comes to Nidhivan, this notion seems to be coming true. Locals believe that every night after sunset, Krishna goes to the forest and dances. The holy basil trees are freed from their natural bonds and turn into gopis. No human has ever seen this scenario, but there is enough anecdotal data to inspire belief. Neighbors in the forests have often reported strange sounds of flutes and anklets emanating from the forest at night. There were many people who were so keen that they could encroach on the land in the dark. But anyone who spent the night in Nidhivan always turned out to be shocked and neurotic, unable to hold a credible conversation. A media house had reportedly once installed CCTV cameras inside the forest, but the cameras were withdrawn the next morning without any footage. The fully functioning instruments did not record anything. 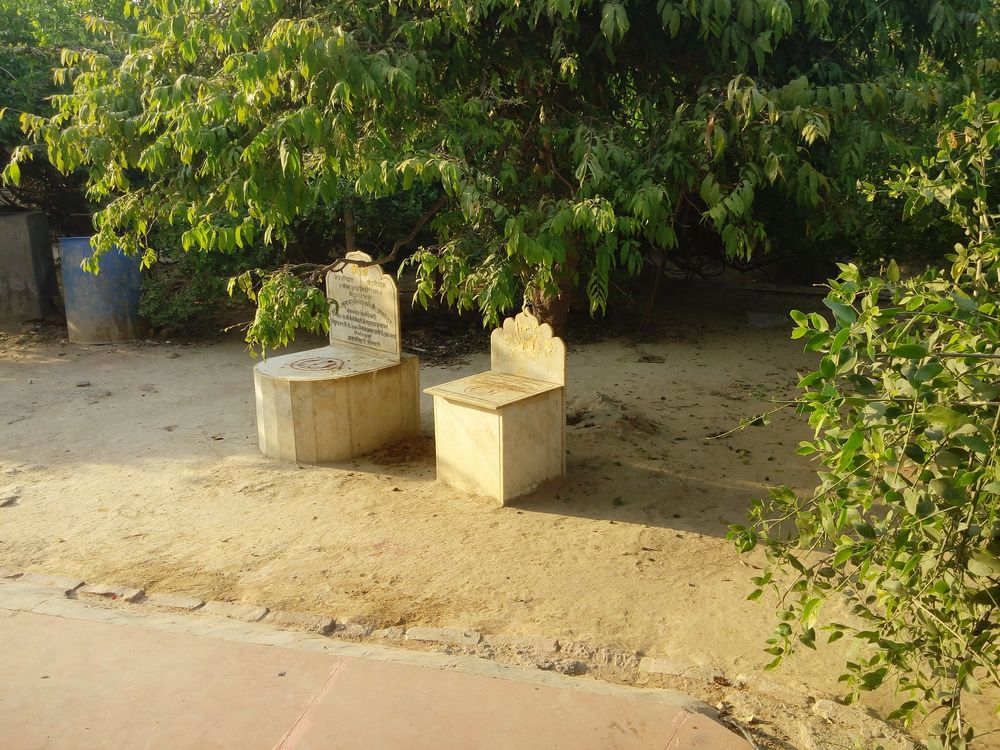 The small marble structures are memorials to those who dared to stay in Nidhivan after 8 pm. visual: Sharan Traveler

The priests of Vrindavan have their own accounts to share. It is believed that Radha visits every night in the Rang Mahal temple of Nidhivan. The temple is known as his Shringar Ghar or Shringar Ghar. The head priest of the temple keeps makeup, sari, a toothbrush and jewelry for the idol every night, only to come back and find everything used and scattered the next morning. The strange thing is that the doors of the temple are closed every night under five locks. The temple closes at 5 pm, and no one is allowed inside after hours.

However, during the day, the two and a half acres of forest land is full of monkeys and chirping birds. While the sun shines, the mysteries of the Lord are cast aside in reverence for His powers, and all human beings bow their heads alike, whether inquisitive or impregnable.