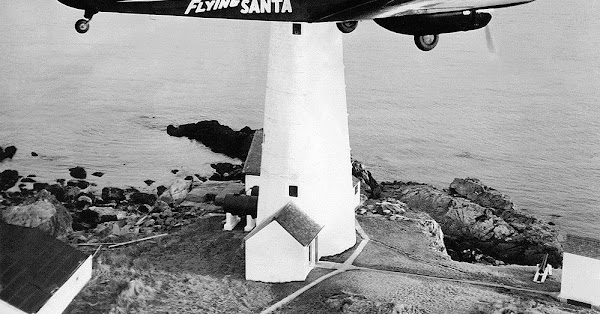 Every Christmas, the families of lighthouse keepers off the coast of New England receive gifts from a flying Santa Claus, but the cheerful old fellow arrives in a helicopter, not a sledge pulled by a magic reindeer.

The New England tradition of the “Flying Santa” of giving gifts to lonely and isolated lighthouse keepers and their families began ninety years ago in 1929, when a Maine pilot named Captain William Wincapaw sent gifts to his lighthouse keeper friends in Penobscot Bay. Started giving gifts. Appreciated the tremendous sacrifices made by those families and the hardships they faced while protecting the coastline and harbours.

The Flying Santa plane takes off over the Boston Light in 1947.

A native of Friendship, Maine, Captain Wincapaw was a skilled and courageous pilot who was well known around Penobscot Bay. At the time, Captain Wincapaw was overseeing Curtis Flying Service operations at Rockland Airfield, as well as a nearby seaplane base. Their work included flying mail, medicine and supplies to remote coastal communities, as well as transporting injured and sick islanders to nearby hospitals. On several occasions during medical emergencies, Captain Wincapaw took to the air in inclement weather, saving countless lives in the process. During these flights, their only means of navigation were lighthouse beacons along the coast. Vinacapa had great admiration for these people and their families, who helped to light the lights, and thus keep the surrounding waters safe. Whenever Vincapa had time, he would descend on a local lighthouse and spend some time chatting with the keepers. This appreciation was mutual. Whenever Vincapaw was flying in bad weather, keepers kept a close watch on his plane. They would always send word back to the airspace as soon as he passed his position safely.

In 1929 Vincapeau decided to do something special to show him how much his efforts were appreciated. That Christmas, she packed her plane with dozens of packages containing newspapers, magazines, coffee, candy and other small luxuries that might have made being on an isolated island a little more bearable. He flew lights around the Rockland area and left these modest gifts for the lighthouse families. Wincapaw’s little sign of Christmas goodwill was so well received by the lighthouse families that they decided to make it an annual tradition, and extend access to additional stations along the New England coast. By 1933, Wincapaw and his teenage son Bill, Jr., himself an aspiring pilot, were piloting 91 lighthouses and Coast Guard stations. 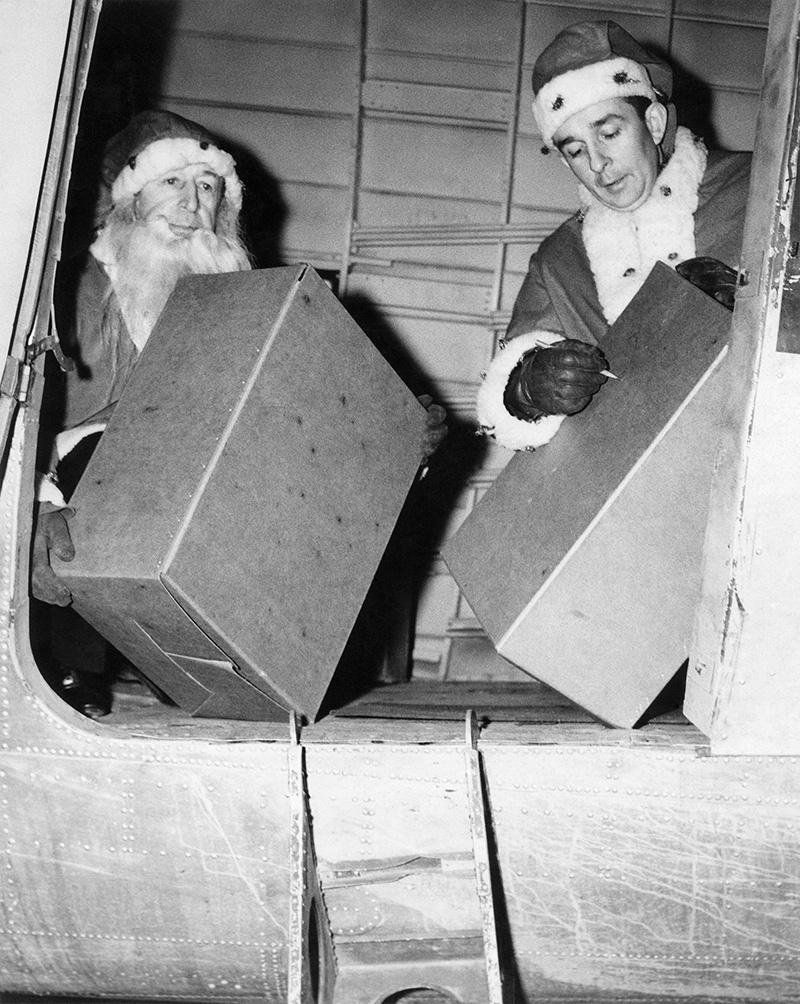 William Wincapeau and his son Bill.

Around this time, Winthrop was accompanied by historian Edward Roe Snow, a high school teacher who taught at Winthrop High School, where Bill, Jr. had studied. Snow was very excited about the program and agreed to fly some routes and deliver packages. When Vincapeau moved to Bolivia to fly gold and mining machinery over the forests and mountains of South America, it was Snow and Bill, Jr. who continued the tradition.

In 1947, Captain Wincapeau was taking off from Rockland Harbor with a passenger when he suffered a heart attack in the air, causing his plane to crash into the sea, killing both men. After the death of Captain Wincapaw, Snow became the face of “Flying Santa”. They continued the now famous tradition of delivering Christmas bundles to stations along the New England coast, expanding delivery to 176 lighthouses in 1947. In 1954 he expanded his flights to include Bermuda, the Great Lakes and a remote location. As in Sable Island, about 100 miles from Nova Scotia. He reached the destination by seaplane, and then took a horse-drawn carriage to the lighthouse, where he delivered gifts to 3 children and 23 grateful adults on the small remote island.

Snow continued the program for 44 years and died in 1982 at the age of seventy-nine. After his death, the Hull Lifesaving Museum relinquished the role of “Flying Santa”. In 1997, a non-profit called Friends of Flying Santa was established, and responsibility for the program was transferred from the museum. Today, gift-giving programs are conducted by volunteer pilots at Coast Guard stations and distribute mostly toys and sweets to children. 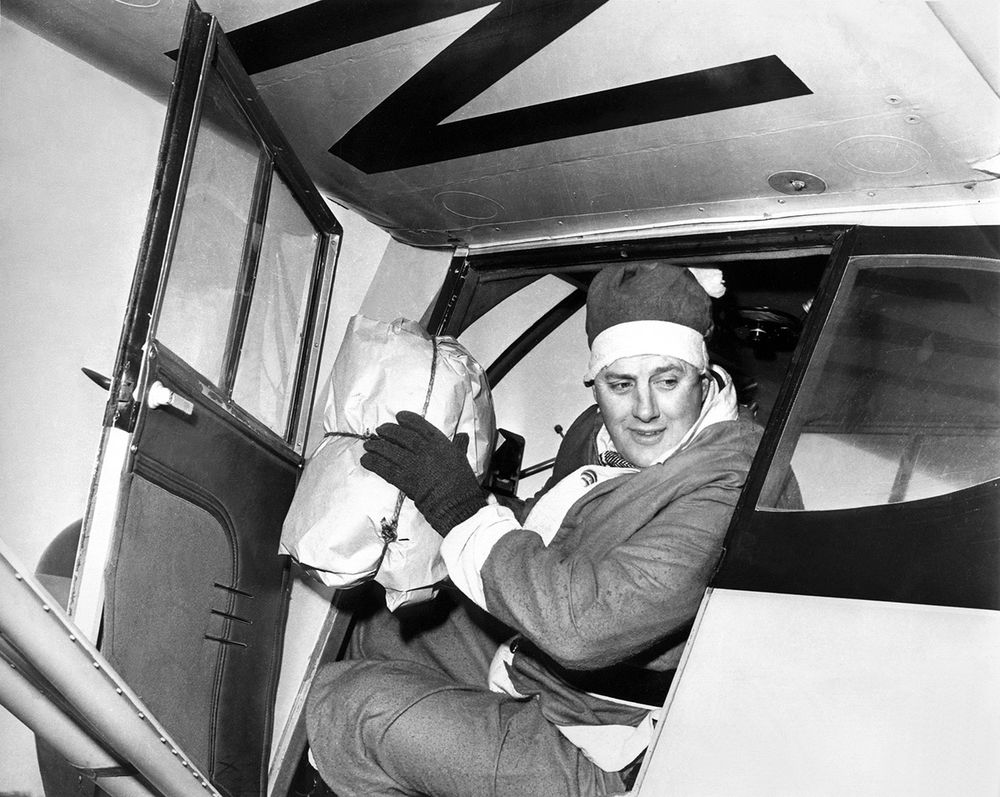 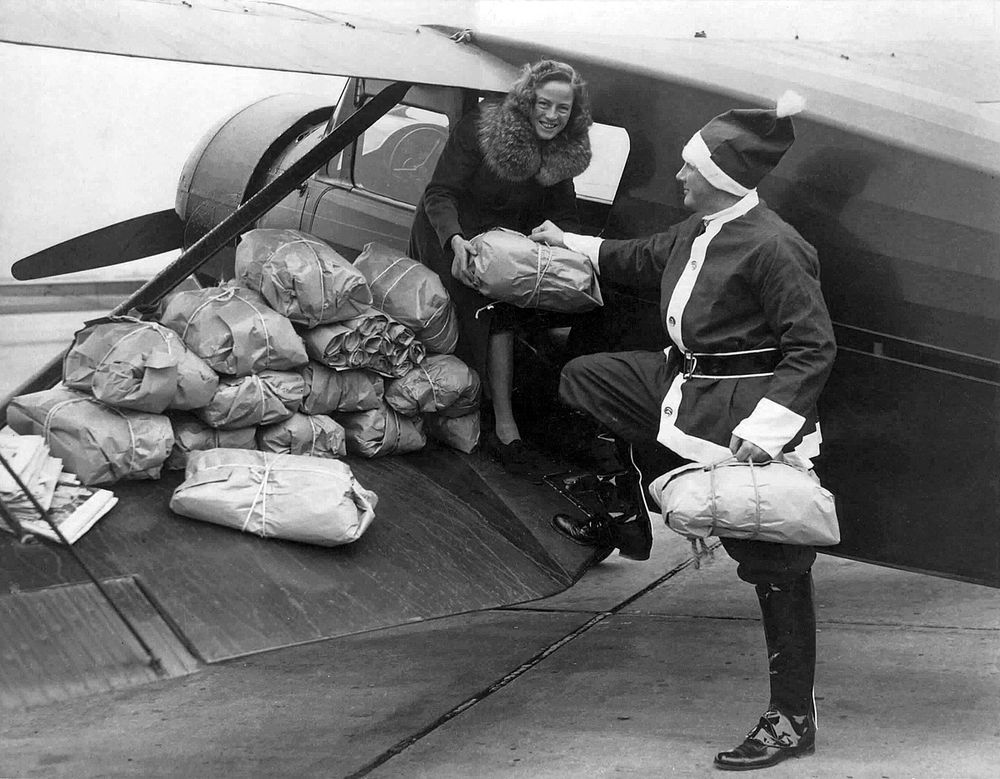 Edward Rove Snow and wife Anna-Merle are preparing for a flight.