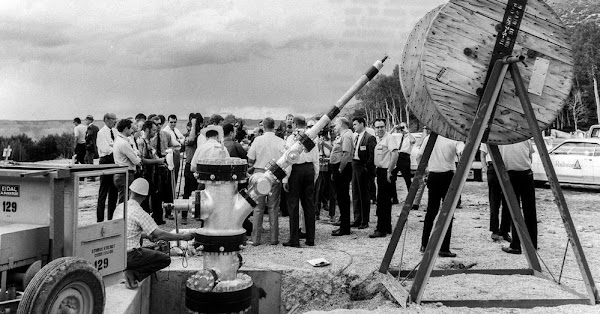 In the late 1950s, the United States began a new type of nuclear program called Project Plowshares, with the aim of finding ways to better use the tremendous energy released by atomic bombs. Till that time, nuclear energy meant only one weapon – weapons. But scientists wanted to find out whether nuclear power could be used for peaceful purposes such as destroying a new port in Alaska, or digging a new canal through the Isthmus of Panama, and other projects that involved large The volume involves moving earth and rocks. One such project was Fracking.

Photograph taken at Ground Zero shortly after the explosion at Project Ruisson on September 10, 1969. Photo: US Department of Energy

Hydraulic fracturing, also known as fracking – a somewhat controversial practice due to its negative environmental impact – is a method of pumping water, sand and other propellants at extremely high pressure into underground oil and gas reserves to break up surrounding rocks. The process through which natural gas and petroleum can flow more freely and thus be more easily extracted. Instead of pumping water, scientists at the Atomic Energy Commission predicted that nuclear explosives would create more and more fractures and hollow out a massive cavity that would serve as a reservoir for the natural gas released from the fracture, causing much There will be more withdrawal facility.

related: How did the Soviet Union put out an oil well fire using atomic bombs?

And thus in 1967, the Atomic Energy Commission teamed up with officials from the US Bureau of Mines and the El Paso Natural Gas Company to conduct a series of underground experiments to determine whether nuclear explosions would be useful in fracturing rock formations for natural gas extraction. can be. A remote site 21 miles southwest of Dulce, New Mexico, and 54 miles east of Farmington, was chosen because of its natural gas deposits that were known to be in sandstone. A 29-kiloton instrument called the GasBuggy was lowered to a depth of 4,227 feet (about 1.2 km), and then filled back up the well before the instrument detonated. There was no mushroom cloud, but the ground shook brilliantly under the feet of a crowd that had gathered to watch the explosion from atop a nearby butte. 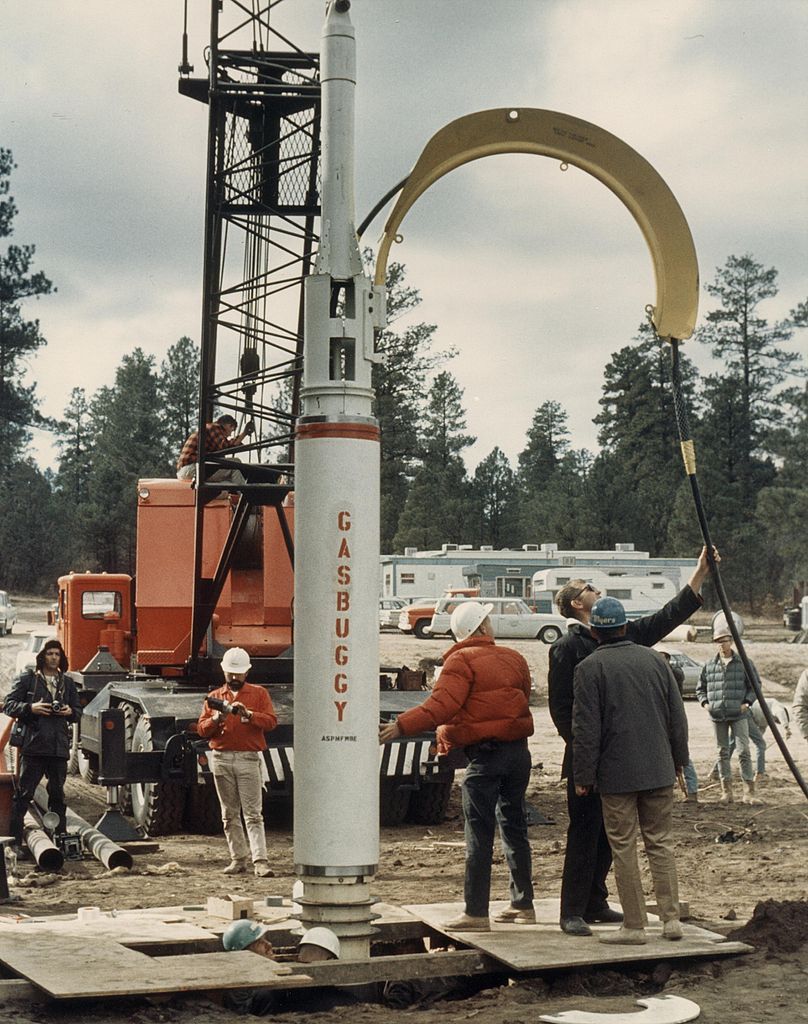 The underground eruption vaporized the rocks to form a cave with a layer of molten glass about 160 feet in diameter and 333 feet long. Unfortunately, the cave did not survive as predicted. The cave collapsed after a few seconds under the tremendous pressure of the surrounding rocks. However, the eruption fractured the rocks more than 200 feet in all directions, and greatly increased the production of natural gas.

Project GasBuggy was just a proof of concept. No attempt was made to retrieve the released natural gas. That was to come later, and was one of the main objectives of the later experiment, called Project Rule.

Project Rulison took place in the rural community of Rulison, Colorado. On September 10, 1969, the Atomic Energy Commission, together with the Australian Oil Company of Houston, Texas, and the nuclear engineering firm CER Geonuclear Corporation, detonated a nuclear device at a depth of about 8,400 feet (2,600 m). The eruption produced extremely high temperatures that vaporized the rock volume, creating a somewhat circular cavity. The fractured rock above the roof of the cavity collapsed soon after the explosion, creating a chimney filled with debris. As predicted, an exploration of the well dug in this cavity found a high concentration of natural gas. However, the gas was too radioactive to be used for commercial purposes and applications such as cooking and heating homes. The oil well was abandoned as a result. 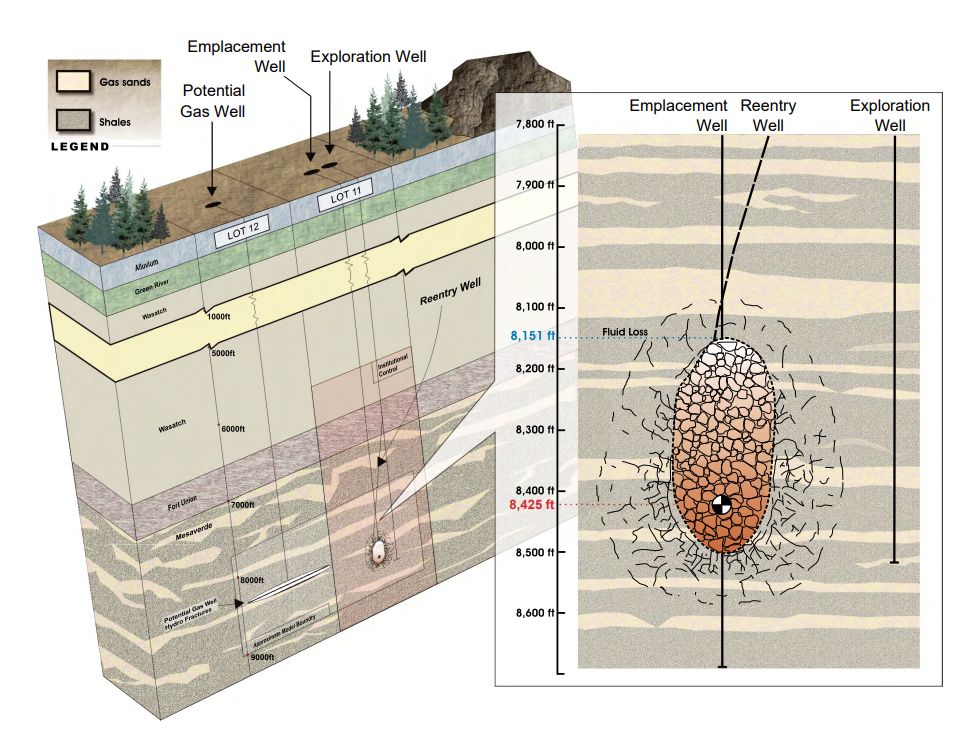 Before the button was pushed to Project Rule, activists and environmentalists tried to stop the eruption by hiking the storm and explosion exclusion zone at the site. But that didn’t stop them. With the demonstrators still only 2 miles from the explosion area, the AEC proceeded with the explosion.

“When the shockwave hit us, we were raised six to eight inches in the air,” recalls Chester McQuarrie. “It was to be a test, but he said openly at the time that if it was successful he planned in the 20 miles between the cities of Rifle and Parachute, to be fully developed out of these nuclear explosions.” Will set between 100 or 200 gas fields.”

Despite the radioactivity, Project Rulican was considered a success, giving federal scientists enough confidence to proceed with the third and final experiment—Project Rio Blanco.

Project Rio Blanco took place on May 17, 1973, in Rio Blanco County, Colorado. At depths of 5,838, 6,230, and 6,689 feet (1,779, 1,899, and 2,039 m) below ground level, three 33-kiloton nuclear devices were detonated simultaneously at the same location. If it was successful, hundreds of specialized nuclear explosives were planned for use in the western Rockies gas fields. Two previous tests indicated that the natural gas produced would be too radioactive for safe use, and the Rio Blanco test found that the three explosion cavities were not connected as expected, and the resulting gas still contained unacceptable levels of radionuclides.

By 1974, about $82 million had been invested in the Nuclear Gas Excitation Technology Program. It was estimated that even after 25 years of all natural gas production considered recoverable, only 15 to 40 percent of the investment would be recovered. In addition, the fear that explosions in family homes could emit trace amounts of radionuclides did not sit well with the general public. The contaminated gas was never pumped into commercial supply lines.

Project Rio Blanco will prove to be the ultimate Plowshares experiment. Under increasing public opposition, Project Plowshare was closed in 1975. Soon after, the Underground Nuclear Explosives for Peaceful Purposes Treaty was signed by the US and the Soviet Union. 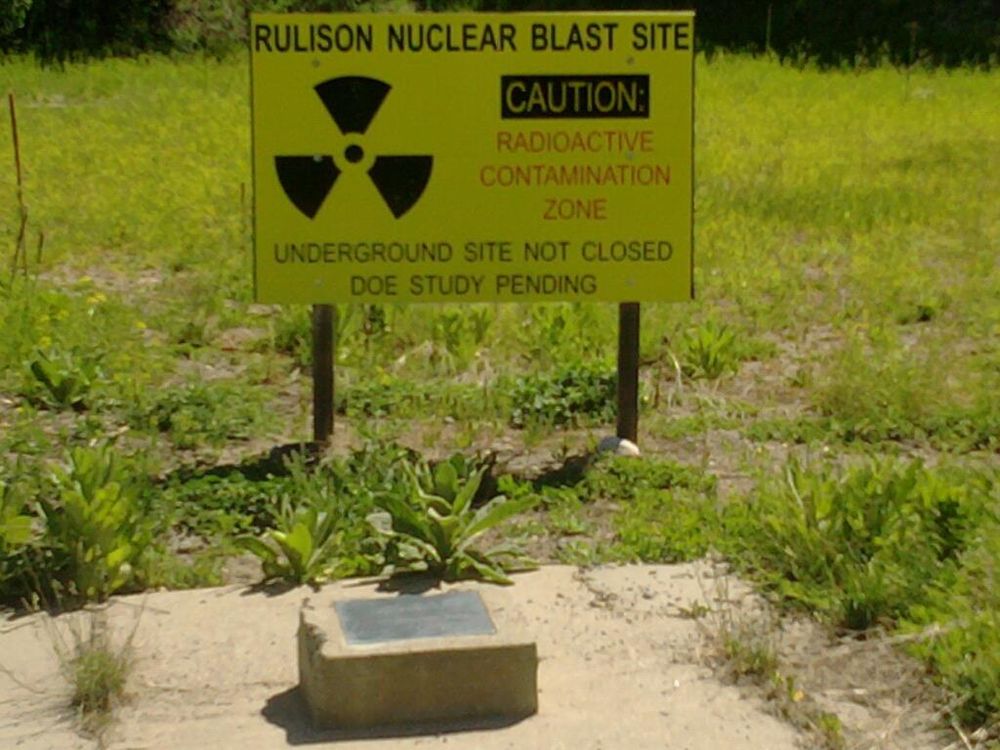 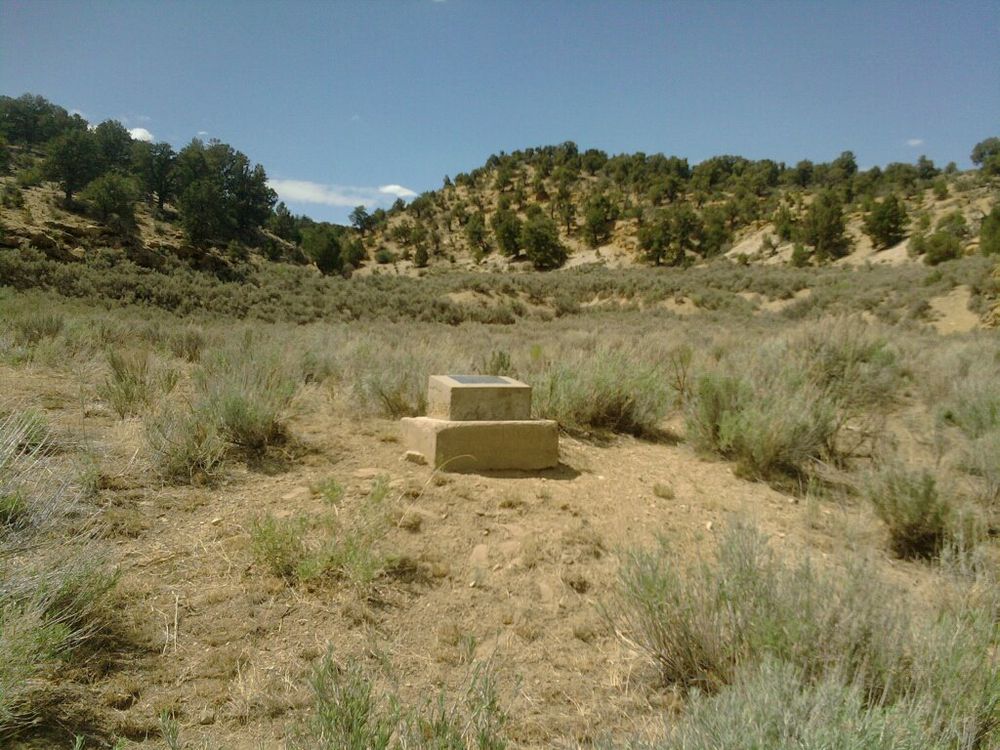 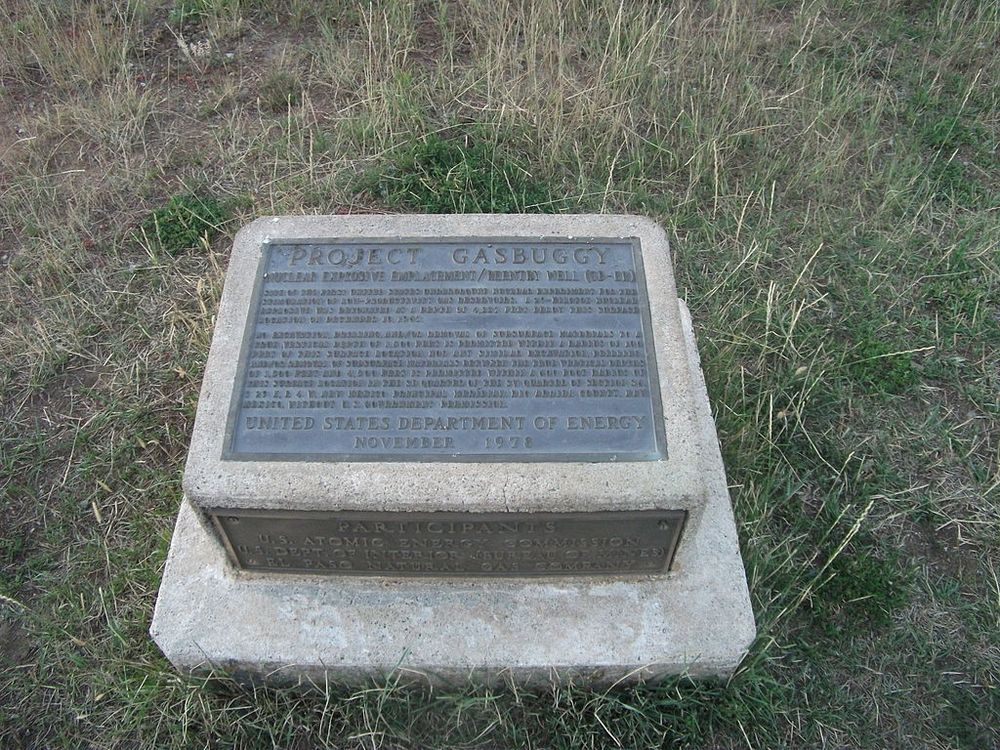