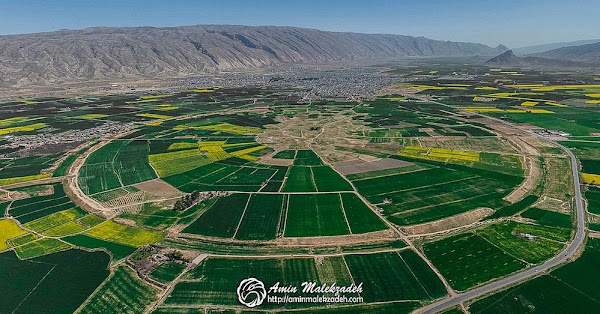 In the year 330 BC, Alexander the Great advanced through Persian territory, conquering its cities and territories, capturing Persepolis. A little further south of the ancient Achaemenid capital was the city of Gore, which gave him so much resistance that he had to resort to a tactic to get him to surrender, the legend of which is told in Iranian chronicles.

They built a dam in a nearby gorge, retained the waters of a river that crossed the plain in which the city was located, completely flooded and created a lake that remained until the beginning of the 3rd century AD, when The first Sassanid Persian king Ardakar built a tunnel to drain it and destroyed the dam. The plain dried up and the ruins of the city reappeared.

The site of the ancient city of Gore with the pillar in the center. visual: Amin Malekzadeh / Wikimedia

At the same place Ardakar established his new capital, which would be known as Khor Ardashir or Gor. He erected it on a circular plan (many centuries before the famous) Baghdadi’s circular city ) with such precise measurements that the Persian historian Ibn Balkhi wrote that it was designed with a compass.

It was 1,950 m in diameter and was surrounded by a protective moat 35 m wide, which could only be circumvented by means of four bridges, which provided access to its four gates, one at each cardinal point and an earthen moat. Wall. The city was divided into 20 sectors by a precise geometric system of 20 radial roads and several concentric streets.

Inside was another boundary wall, whose radius was 450 meters, in which royal buildings and palaces were built. The old circular layout of the city can still be seen in the present landscape of the area. And some more. The remains of a large minaret, originally about 30 meters high, of which only the original part of its structure remains. 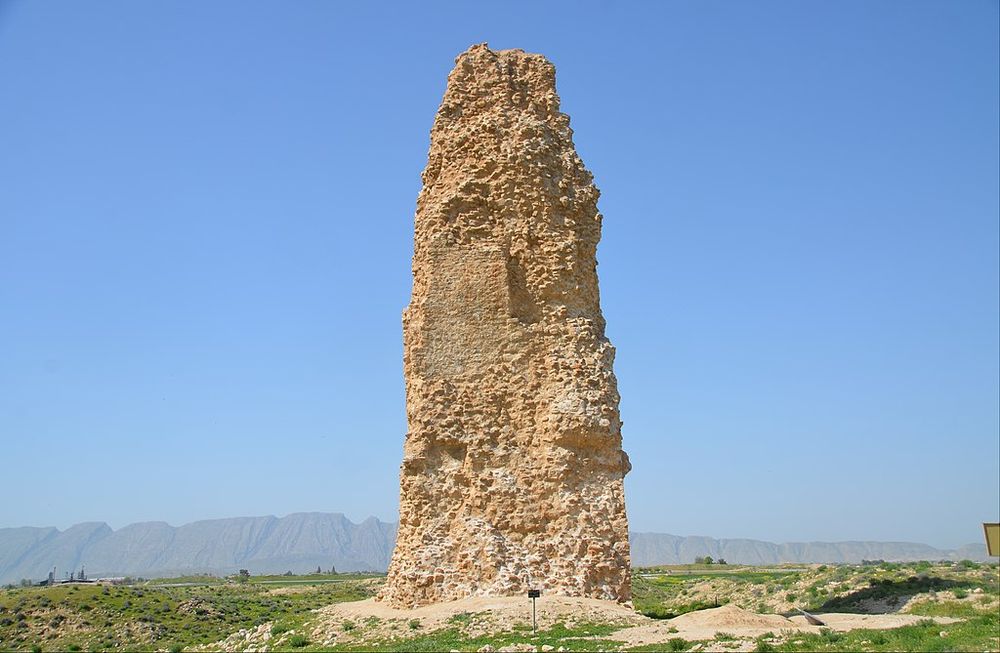 The Arabs called it Tarbal, but the Persians knew it as Minaret. pillar ) either Dhaurahara , It had a design with an external spiral staircase, which was unique in Persia, and although it is not known exactly what function it served, there are many hypotheses about it. Adding the width of the destroyed stairs and the outer walls, it is calculated that the width of the tower will be about 20 metres.

The minaret and the fire temple (Takht-e Neshin) were the only two structures in the city made of granite masonry. The first Westerners to point out the uniqueness of the structure in Persian architecture were Eugene Flandin and Pascal Koste, but the first to conduct a systematic study was Ernst Herzfeld, who identified it as a stair-tower.

Prior to Herzfeld’s study, the minaret was believed to be the Takht-e Neshin itself, the temple with the sacred fire on top to prevent dust contamination.

Some authors are of the opinion that it symbolized the divine and centralist rule of Ardakar’s state ideology, as well as its practical use, as it provided visual contact with the fortifications on the main access road to the grounds. Tang-ab’s gorge. This military function would have been indispensable for survey activities when the city’s planning plan was drawn up.

It could also serve as an observation tower, while performing the functions of the plan envisaged by Ardakar for the new town and grounds. In fact, the entire plan focused on the minaret, and the concentric and radial pattern of the city continued even 10 kilometers away, where traces of canals, roads and walls have been found. 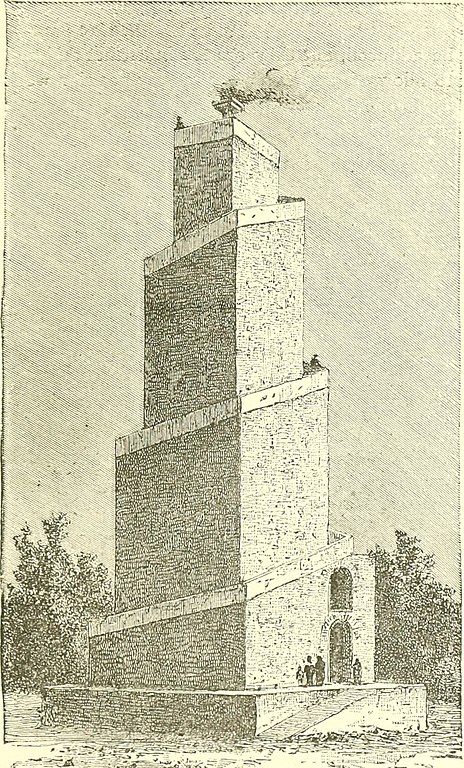 Artistic representation of the minaret as a fire temple, by Zenides A. Illustrated by Ragozin (1889).

A recent study suggests that it may be a water tower, with water from nearby high sources flowing through pipes and the hollow core of the minaret to its dome, and from there to other points in the city. goes.

Sources record the existence of similar towers in other places in the Persian Empire. For example, during the 4th century AD the Roman historian Ammianus Marcellinus mentions one at the Nahar Malacca (the canal connecting the Tigris and the Euphrates near the Persian capital Ctesiphon), and compares it to the Lighthouse of Alexandria.

The Greek historian Zosimus cited several towers in the city of al-Anbar (ancient Pirisabora in central Iraq) at the end of the 5th century AD. However, according to Richard Gothill, these may have been based on ancient ziggurats. 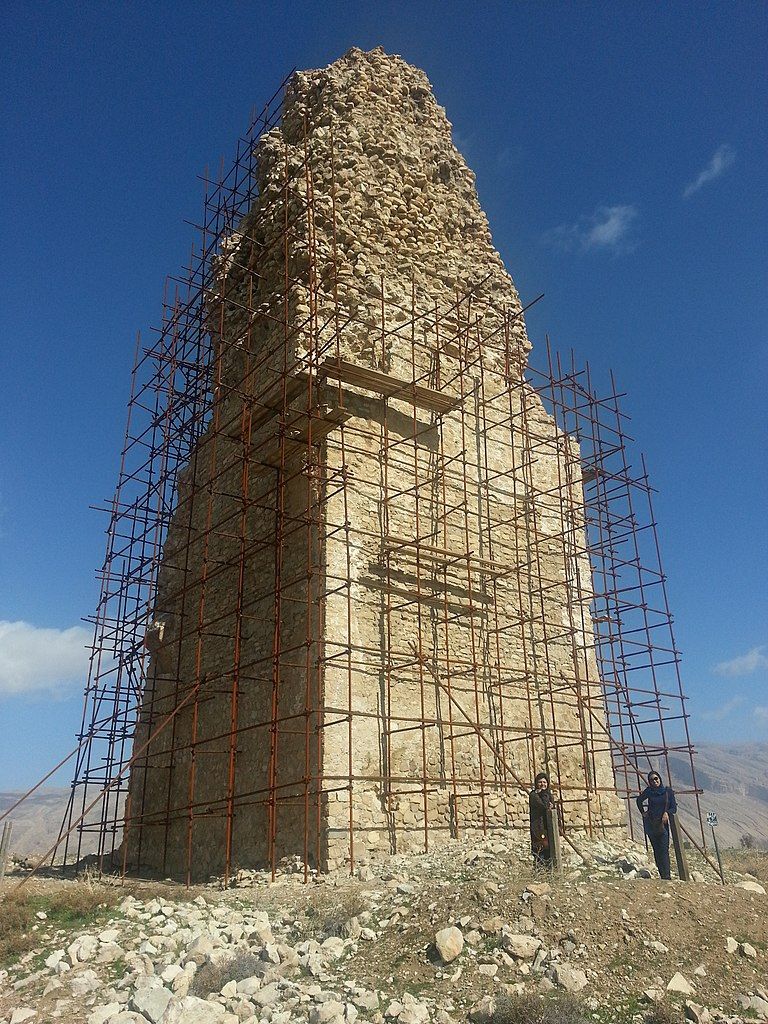 The design of the Tower of Gore may have inspired the famous spiral minaret of the Great Mosque of Samara in Iraq. This, in turn, would have inspired the Ibn Tulun Mosque in Cairo, both built during the Abbasid period in the 9th century AD.

During the Muslim Arab invasion of the seventh century, the city of Gör was destroyed again, although it would be rebuilt. King Adud al-Dawla changed its name to Peroz-Abad (literally, City of Victory) around 950 AD, as the neo-Persian language came to mean the then spoken word gor. tomb And he found it unpleasant to be in one.

The eventually derived name is Firozabad and the city was certainly abandoned in the Qajar period, when its inhabitants moved to the nearby settlement (about 3 km away), which still bears the same name today.

This article was originally from . was published in la brujula verde, It has been translated from Spanish and reprinted with permission.