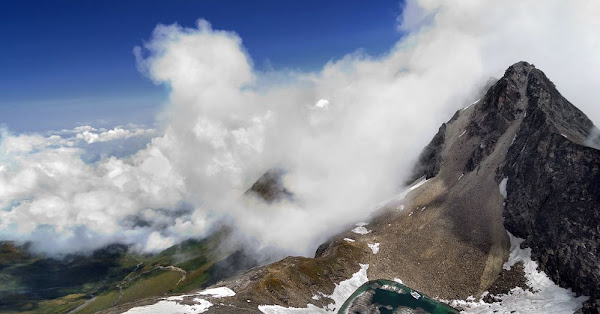 At a breathtaking height of 16,500 feet, the pristine waters of the Himalayas remain frozen to their depths for most part of the year. Although summer comes, the dangerous currents are removed from their icy huts to reveal a riverbed of bones, surrounded by skeletons, punctuated by the nude hues of the rugged slopes. Is. This is Roopkund or Skeleton Lake in Uttarakhand, India – straight out of your wildest imagination, into true accounts of history.

View of Roopkund from Junargli, about 200 meters above. visual: Soham Sarkar / Flickr

In 1942, an Indian forest officer named HK Madhawal stumbled upon a group of skeletons scattered across this lake. In the folds of the mighty trident, the forest ranger was amazed by his findings – hundreds of bones and skulls, with some flesh still intact. It was an arduous five-day trek from the nearest Basti area. Where did the dead bodies come from? How were they so well preserved? Over the years, about 600 to 800 bodies were discovered. Despite the mythical origins of glacial tarns, their existence is tied to gloomy theories of logical death. The hypotheses worked like a charm, as many ardent tourists soon started making their way around to discover the mysteries of Skeleton Lake for themselves. 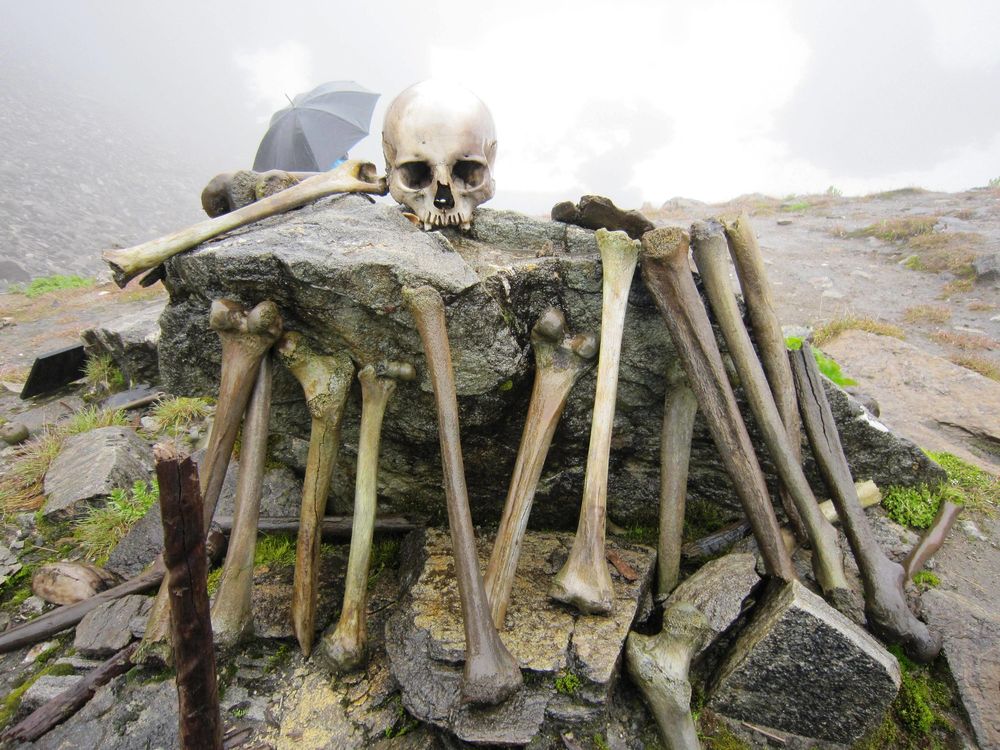 tales of the dead

At first, it was believed that the bodies were of Japanese soldiers who tried to invade India’s territory. Alternatively, they could have been Tibetan traders passing through the Silk Route who died due to an epidemic. Some believed that the place was a cemetery for those who died during a violent hailstorm, believed to have been revealed by the goddess Nanda Devi. One theory behind this is that it was King Jasidhwal, his wife and their contingent of soldiers and dancers, who were on a pilgrimage to celebrate the birth of the king’s child. But by breaking the rules of the pilgrimage, the king enraged the goddess Nanda Devi, who manifested her anger in the form of a storm. This was not entirely strange, given the origin story of the lake. It is said that when Lord Shiva and Goddess Parvati were on their way to Mount Kailash, the Goddess expressed her desire to take a bath. But he was disappointed that there was no water source nearby. It was then that Lord Shiva dug his trident in the ground and a chakra filled with water emerged. The water was crystal clear, and reflected the beautiful presence of Goddess Parvati. Hence, it came to be known as Roopkund. Clearly, supernatural elements and piety have populated local folklore in India for centuries. However, another theory behind the hailstorm was that it was not a king, but a group of common Indians who made a pilgrimage in the 9th century called the Nanda Devi Raj Jat Yatra. 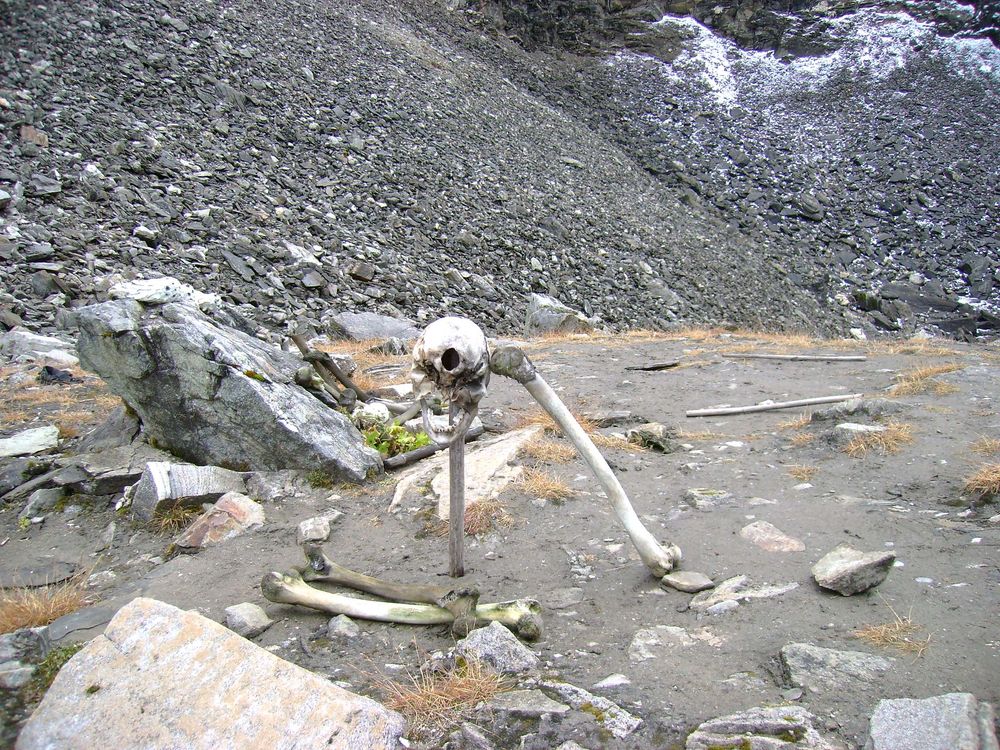 But apocryphal claims about the secrets of the pond and its skeleton have long been predicated on archeological findings. A five-year-long study has shown that the remains are 1,200 years old. Carbon dating suggested that the dead were not necessarily of the same age, and may have been about 1,000 years apart. Their genetic construction also suggested diversity in ethnicity: some were associated with South Asia, having died during various events between the seventh and 10th centuries; Others were associated with present-day Europe (Greece or Crete) which had been dead since the 19th century. The men and women were all adults, and in healthy conditions, untouched by any epidemics. In a place where there have been no tools or weapons, no clothing or remains of shelter, the mystery of lonely skeletons continues to raise the level of intrigue.

That the site on the route of pilgrimage is still under consideration. However, no reliable source has been found to confirm this. As scientists and historians continue to ponder the presence of the skeletons, the lake continues to attract more and more laymen every year to its eerie charm. As the water melts and a bony bed appears beneath the waves, memories of an unknown past come to life, calling on today’s trekkers to explore what lies beyond the snow-laden ranges of the Himalayas. The site remains vulnerable against the slap of tourism, and their icy graves turning dead at the prospect of losing their shelter to reckless walking.