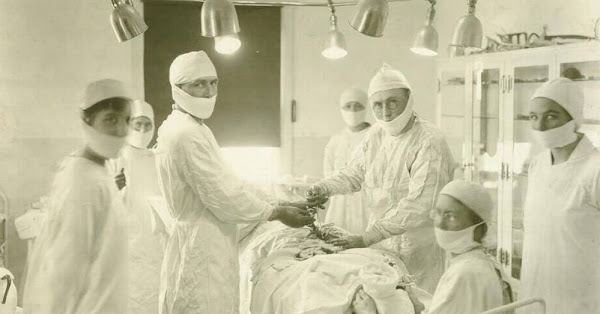 The morning of September 15, 1930, was undeniably hot in Kansas. That summer was the hottest ever recorded in the state. The heat had turned the corn crops into shriveled stalks and the ground cracked in all directions, with nothing but a few slender cotton trees growing. Bearing the heat, a team of Kansas State Medical Board representatives, accompanied by more than twenty colleagues and journalists, made a long and unpleasant journey from Kansas City to the sketchy small town of Milford on the banks of the Republican River. The delegates were there for a demonstration organized by Dr. John Brinkley, known as the “goat-gland doctor”, which would soon become apparent. Members of the state medical board, along with members of the press and other observing surgeons, squeezed themselves into a small operating room, leaving enough room for Dr. Brinkley, his staff, and the surprisingly calm patient who woke up on the operating table. After the exchange of normal formalities, the show began.

John Brinkley and his staff in the middle of an operation. Photo: Kansas State Historical Society

The patient, introduced simply as Mr X, was given a local anesthetic on his hip by Mrs Brinkley. Then an orderly brought a goat from the basement. This goat was about 3 to 4 weeks old, a male, and selected personally by Mr. X for the operation, Dr. Brinkley explained.

The distressed animal was placed on a side table and an orderly held the goat’s head. Mrs. Brinkley rubbed an antiseptic solution under the goats’ stomachs, and before the goat could say ba, the doctor’s wife made a small pair of scissors and sharply cut off the goat’s testicles.

The freshly cut testicles were transferred onto a piece of gauze and handed over to Dr. Brinkley, who immediately set to work. Taking a scalpel, the doctor first makes twin incisions in the patient’s scrotum, and slips the goat’s testis, one on each side, through the open slits, and then sutures it into the loose tissue.

After a full forty-five minutes of stressful labor, the doctor declared the operation a success. With pride, Dr. Brinkley addressed the assembled guests: “If any of you gentlemen have patients who you think require such attention, we will be happy to handle them here.”

Members of the Kansas State Medical Board thanked him and took leave. Forty-eight hours later he unanimously revoked his license to practice on the grounds of “gross immorality and unprofessional conduct”. Dr. Brinkley filed an appeal, but it was dismissed by the Kansas Supreme Court. In the statement, the court accused Dr Brinkley of “being an empiricist without moral sense”. The statement read: “Having acted according to the ethical standards of a fraudster, the licensee has perfected an organized slyness … far beyond the invention of the humble Mountbanks.”

Who was Dr Brinkley? 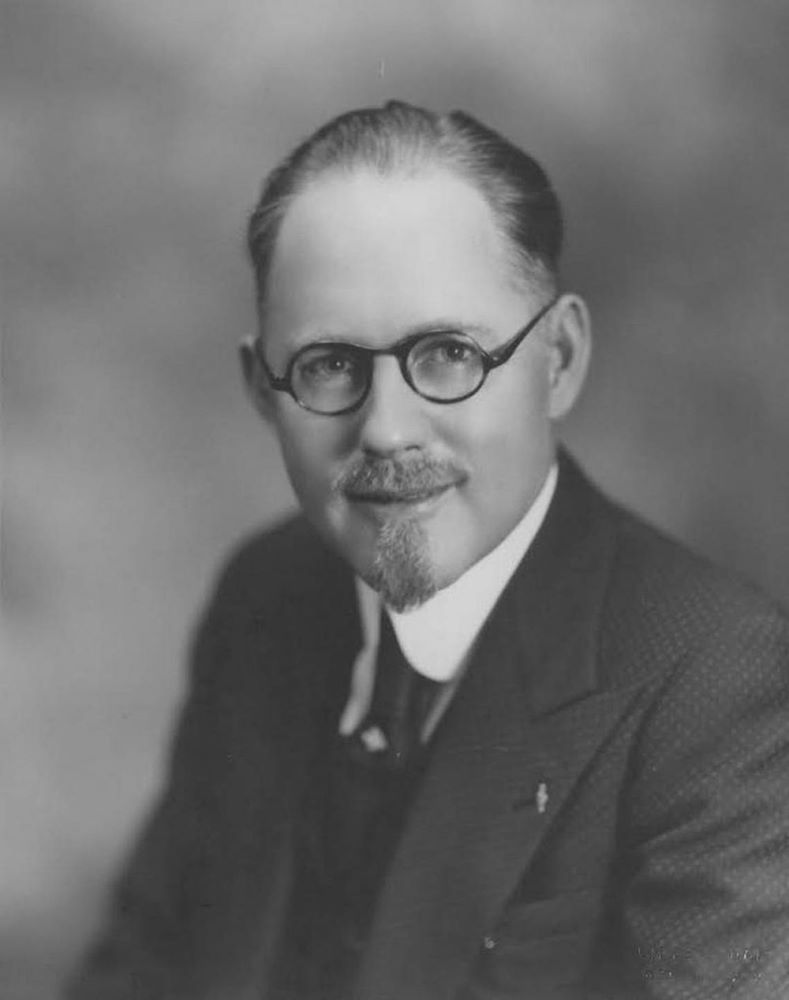 John Brinkley was born in 1885 in the small community of Beta, a few miles outside Silva, in North Carolina. His father, also named John, was a poor mountain man who practiced medicine during the American Civil War and served as a medic for the Confederate States Army. After finishing school at the age of 16, Brinkley began working as a mail carrier and later as a telegraph operator. However, he always wanted to be a doctor. As a boy he kept home health books and his uncle’s materia medica, He even attended a traveling medical show selling patent medicine and Hawking Virulence Tonic.

In 1908, Brinkley moved with his wife to Chicago, and enrolled at Bennett Medical College, an unaccredited school with questionable curriculum focused on eclectic medicine. In school, Brinkley learned about glandular extracts and their effects on the human system. He decided that this new field would help him advance his career. After three years of medical school, Brinkley was forced to leave because of unpaid tuition fees. For some time, he began working as a “graduate doctor”, but failed to establish himself. Unable to earn a medical degree, Brinkley purchased a certificate from a shady diploma mill known as Kansas City Eclectic Medical University. Shortly thereafter, Brinkley moved to Greenville, and James E. Together with another thief named Crawford, set up a fraudulent drugstore selling snake oil to men concerned about their masculine power. For $25 a shot, the duo injected colored water into their patients and told them it was “Germany’s electric medicine.” After two months, the partners quit their business and left town with unpaid rent, utility bills, and loans. Brinkley and Crawford were arrested for this and both paid several thousand dollars in settlement to the angry merchants of Greenville.

John Brinkley then moved to Judsonia, Arkansas, where he obtained a fake license to practice medicine, advertising his specialty as “diseases of women and children”. He joined the Army Reserve Medical Corps. The salary of this position allowed him to pay dues for tuition to Bennett Medical University. He then enrolled at the Eclectic Medical University in that city, where he completed the final year of his education he started at Bennett. Back in Kansas City, Brinkley took a job as a doctor for the Swift & Company plant, healing minor wounds and studying animal physiology. It was here that Brinkley learned that popular opinion held that the healthiest animal in the plant was the slaughtered goat, something that would prove crucial to his later medical career. 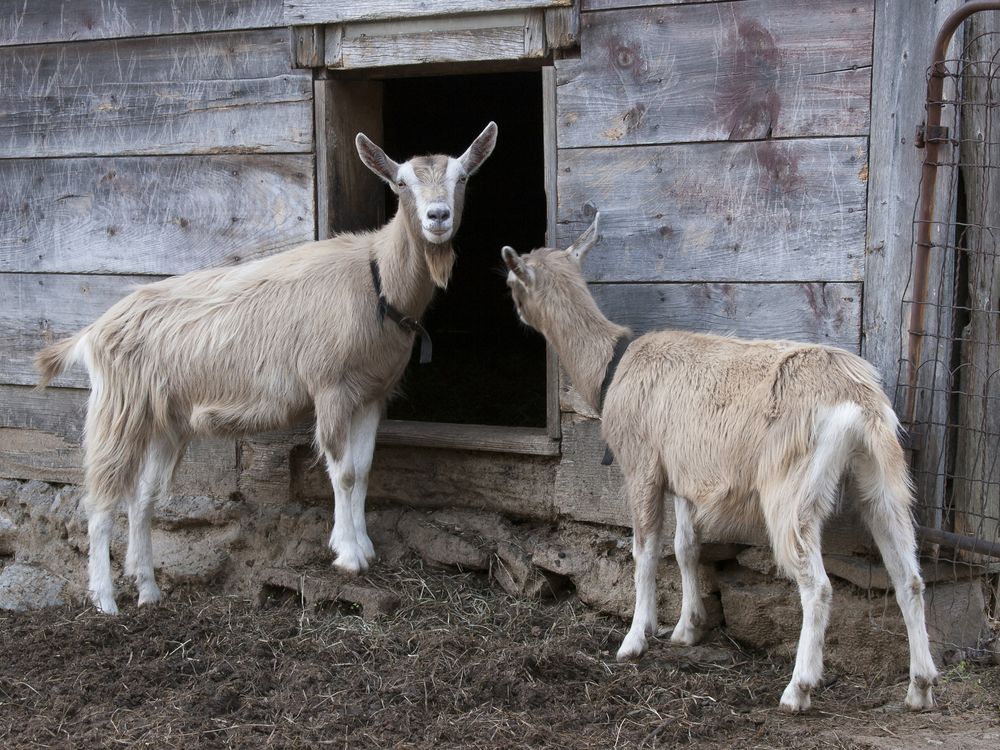 In 1917, Brinkley moved to Milford, Kansas and opened a 16-room clinic. His service to the local community during the deadly outbreak of the 1918 flu pandemic is remembered by generations. But it was as a surgeon that Brinkley achieved both fame and fortune. According to his own testimony, Brinkley entered the business by luck.

One day in 1918, a farmer named Bill Stitsworth entered his office complaining of “sexual weakness”. Brinkley jokingly replied that maybe he could give her “a pair of those buck glands” and then she would be fine. According to Brinkley, Stitworth then begged the doctor to try the operation. The Stitsworth family’s version is that it was Brinkley who offered the farmer hundreds of dollars for the experiment. Either way, the operation was successful. Word spread and soon people started flocking to the clinic for a new pair of goat testicles. He also operated on women, gave them goat ovaries. His former patients wrote of him reporting an “astonishing sexual potency,” the description of which “could not be more than indicated.” One of his patients, Charlie Tasin, also gave birth to a baby boy, aptly named Billy. Eventually, Brinkley began promoting goat’s glands as a treatment for 27 ailments, ranging from dementia to emphysema to flatulence. By then, Brinkley was doing forty operations a week at $750 a pop. An Arkansas supplier distributed a regular shipment of goats, which the doctor kept in a pen behind the clinic. Each customer was invited to browse the swarm and choose the most acceptable.

The city of Milford also benefited from Brinkley’s success. Brinkley funded new sidewalks, a new municipal sewer system, a new post office and new uniforms for the Little League team, now called the Brinkley Goat. He gave the city electric lights and a new bank. He paved a two-mile road to the railway station, and tried but failed to start a zoo. 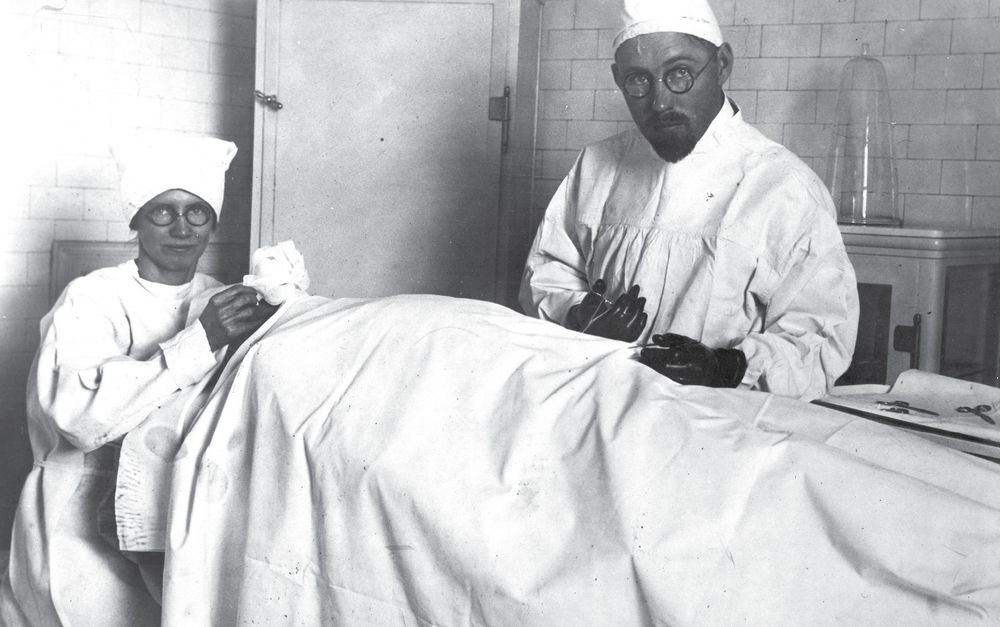 In 1923, Brinkley created his own radio station to promote his services. Brinkley spoke on the radio for hours each day to promote his goat gland treatment. He variously cajole, shamed and appealed to the egos of men and women, and their desire to be more sexually active. Among Brinkley’s own commercials, their new station featured a variety of entertainment including military bands, French lessons, astrological forecasts, storytelling and country Hawaiian songs like exotica, and Christian gospel.

Despite Brinkley’s meteoric rise in publicity, not all of his operations ended in success. Brinkley himself advertised a 95 percent success rate. Some of his patients succumbed to the infection, and an indeterminate number died. In 1930, his license was revoked by the Kansas State Medical Board. Six months later, Brinkley lost his radio license.

After losing his medical and broadcasting licenses, Brinkley tried his luck in politics, submitting his candidacy to the position of governor of Kansas. He got about a third of the total votes, but still lost. Brinkley ran again in 1932 as an independent, and was defeated, and then again in 1934 for governor.

Brinkley then moved to Del Rio, Texas, and received a 50,000-watt radio license from the Mexican government, which was later increased to one million watts, making it one of the most powerful radio stations on the planet. On a clear night, Brinkley’s voice could be heard as far as Canada. According to accounts at the time, the signal was so strong that it turned on the headlights of the car, hummed the bedspreads, and turned the transmissions into telephone conversations. In 1934, under pressure from the United States, Mexico revoked Brinkley’s broadcasting license.

Despite losing his license to practice, Brinkley continued to undergo occasional goat gland transplants, as well as vasectomy and prostate “rejuvenation”, for which he charged up to $1,000 per operation. His business, inspired by radio commercials and speeches, continued to flourish, and he opened another clinic in San Juan, Texas, specializing in colon. By 1936, Brinkley had amassed enough wealth to build a mansion for himself and his wife on 16 acres of land. He boasted a stable of a dozen Cadillacs, a greenhouse, a foamy fountain garden surrounded by 8,000 bushes, exotic animals imported from the Galapagos Islands, and a swimming pool with a 10-foot diving tower.

In 1939, Brinkley filed a defamation suit against the American Medical Association and Morris Fishbein, who had condemned his practice and exposed his questionable medical credentials. The jury decided against Brinkley, saying that Brinkley “should be considered a charlatan and a quack in the ordinary, well understood sense of those words.” The jury’s decision led to a flood of lawsuits against Brinkley, with some estimates totaling more than $3 million in value. Two years later, he declared bankruptcy.

Shortly thereafter the US Post Office Department began investigating him for mail fraud, and this affected his health. He suffered three heart attacks, and a blood clot formed in one of his legs, causing his limb to be amputated. Brinkley died of heart failure on May 26, 1942 in San Antonio. He was later buried at Forest Hill Cemetery in Memphis, Tennessee.