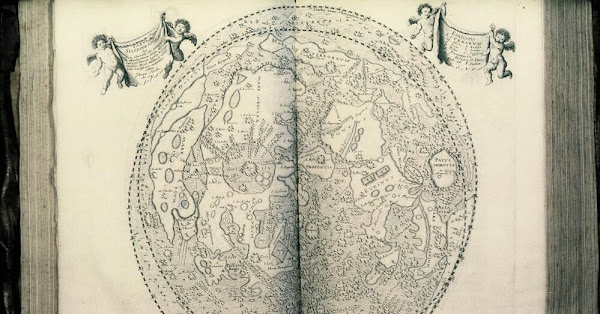 German astronomer Johannes Hevelius is often considered one of the last great astronomers to do major observational work without a telescope. With the aid of only one quadrant and an ellipsoid, Hevelius produced a catalog of over fifteen hundred stars with unprecedented accuracy. It was the most comprehensive astronomical atlas of its time. However, it was through the use of telescopes that Hevelius gained fame as the “founder of lunar topography”. He produced the first detailed map of the Moon that he could see with his telescope, documenting each crater, slope and valley.

The surface of the Moon by Johannes Hevelius.

Johannes Hevelius was born in Danzig, Poland in 1611. His father owned a profitable brewery and wanted his son to become a businessman like him. At the age of 19, Hevelius went to study law at Leiden University. He returned to Gdask in 1634 and became a brewer himself, but his mathematics teacher, Peter Kruger, managed to inspire the young Hevelius in astronomy.

In 1641, Hevelius built an observatory on the roofs of three houses near him in Gdask. He filled this observatory with spectacular instruments, which eventually included a large Keplerian telescope of 150 feet of focal length. The observatory was known as Sternenberg or “Star Castle”, and became one of the largest observatories in Europe at the time. His observatory was visited by many dignitaries such as the Polish king John III Sobieski and the English astronomer Edmund Halley. 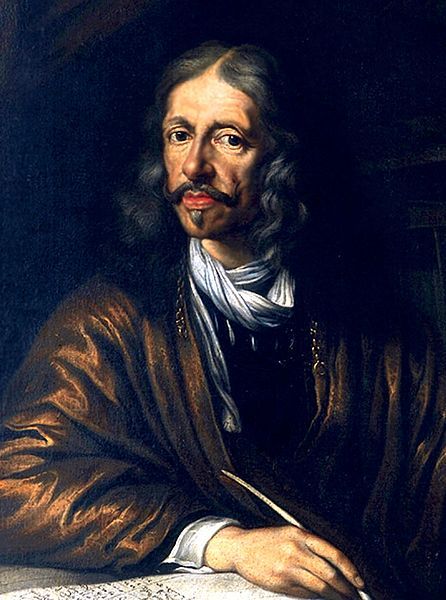 One of Hevelius’s first major undertakings was the mapping of the Moon. Looking through a telescope trained toward a natural satellite, Hevelius spent countless nights photographing the surface of the Moon, just as Galileo had done four decades earlier, only the quality of Hevelius’s work far exceeded that of the Italian astronomer. When Hevelius sent his drawings to Peter Gassendi, a friend and fellow astronomer based in Paris, Gassendi was so impressed by Hevelius’ work that he begged his friend to continue the project.

“You have been gifted with such exquisite eyes that one might actually call ‘the eyes of a lynx,'” Gassendi wrote.

Hevelius continued mapping the Moon, creating copper engravings of each of the sketches he made. At the end of five years, he had produced about 40 engraved plates. Together they represent the first detailed, accurate maps of the surface of the Moon. Hevelius published them under the name Selenographia. 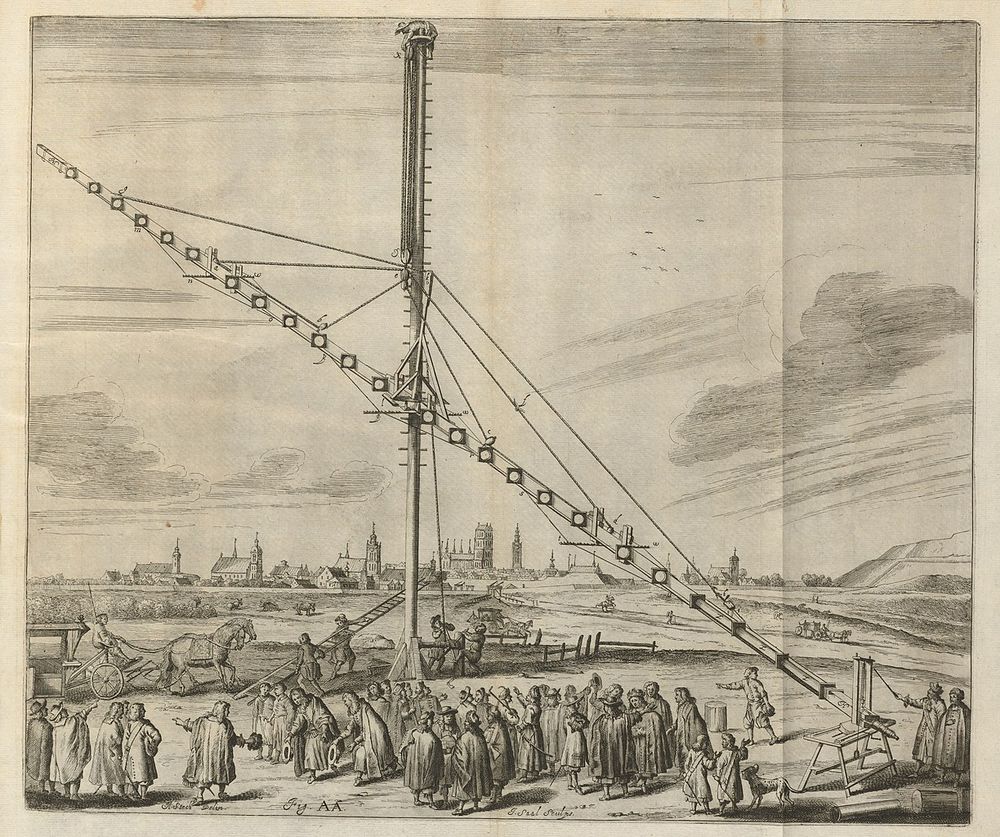 Hevelius also named dozens of features in the lunar landscape. However, most of their names for lunar features have fallen out of favor because their names were based on Earth’s geography. Thus, there were continents, islands, seas, bays, rocks, marshes, swamps, etc. Such names were largely replaced by the efforts of Giambattista Riccioli and Francesco Maria Grimaldi, who collaborated on topographic maps of the Moon published in 1651. Nevertheless, a small number of the names Hevelius gave to lunar features are still in use today—such as the “Alps” for the lunar mountains.

While Hevelius used telescopes to map the Moon, the astronomer charted the positions of the stars without using one. For Hevelius, telescopes were for discovery, not measurement, says historian Albert Van Helden, professor emeritus at Rice University in Texas and Utrecht University in the Netherlands. 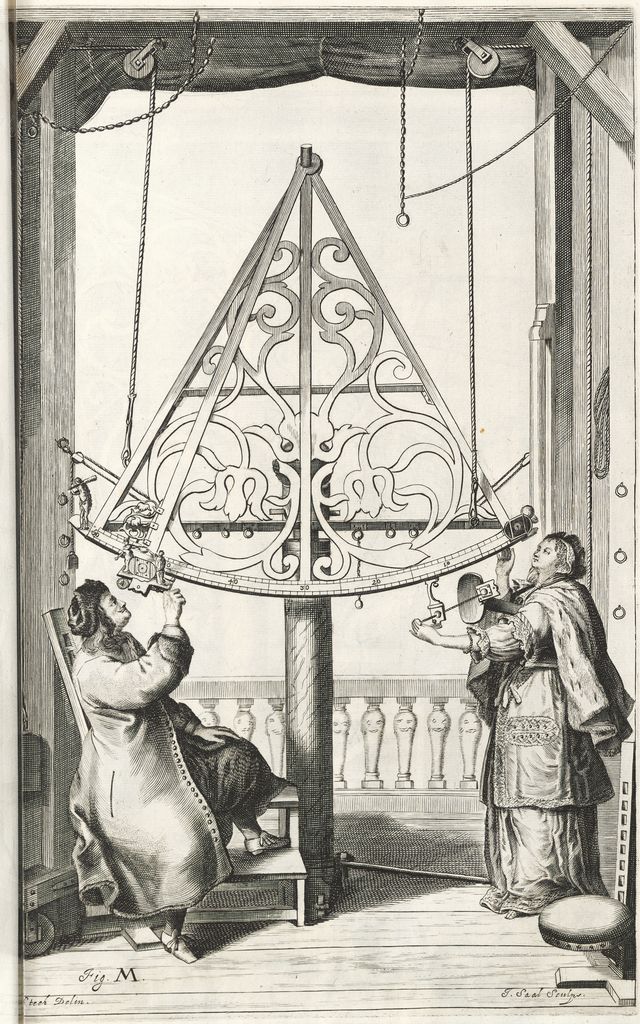 Hevelius and second wife Elizabeth look up at the sky with a brass sextant.

Hevelius’s strong feelings about naked-eye astronomy led to a famous debate with the famous English polymath Robert Hooke and the first astronomer Royal, John Flamsteed. Hooke recommended the use of telescopic sights in sextants, which measured the angles between celestial bodies and the horizon, arguing that the use of magnification makes the measurement more accurate. Hevelius refused and in 1673 produced his first star catalog, which, despite being mapped without the aid of binoculars, was one of the most accurate at the time, which was not surpassed for at least four decades. .

In 1679, a tragic fire destroyed all of his instruments and books in his home and observatory. However, Hevelius’ daughter Katharina managed to save the manuscript of Catalog Stellarum Fixarum (“Fixed Star Catalog”). This manuscript is currently at Brigham Young University.