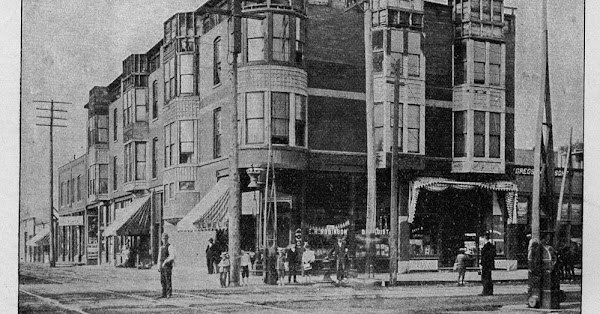 At the corner of South Lowe Avenue and West 63rd Street in Englewood, Chicago, what is now a buried, two-story building of the United States Postal Service was one of the most horrific buildings ever built. Known as the “Murder Castle,” the building was built in the late 19th century by American serial killer Henry Howard Holmes to torture and murder an indeterminate number of victims.

Henry Howard Holmes was born Herman Webster Mudget on May 16, 1861, in Gilmonton, New Hampshire. Holmes had an uneventful childhood. His father was a farmer, merchant and house painter, and the family was devoted Methodist. At age 16, after graduation, Holmes became a teacher, and later, after marriage, became a certified public accountant and served as the city manager of Orlando, Florida.

At age 21, Holmes enrolled in the University of Michigan’s Department of Medicine and Surgery and graduated two years later. Holmes got his first taste of dissection while studying medicine. At first, he worked in the anatomy laboratory under the chief anatomy instructor. He then received training under a renowned advocate of human dissection. It was during medical school that he first turned to crime. Holmes stole bodies from the laboratory, burned them or mutilated them, and then put the bodies in such a way that they appeared to have died in an accident. Holmes then collected the sum insured on these people. But these occasional acts of fraud were nothing compared to the events that followed. 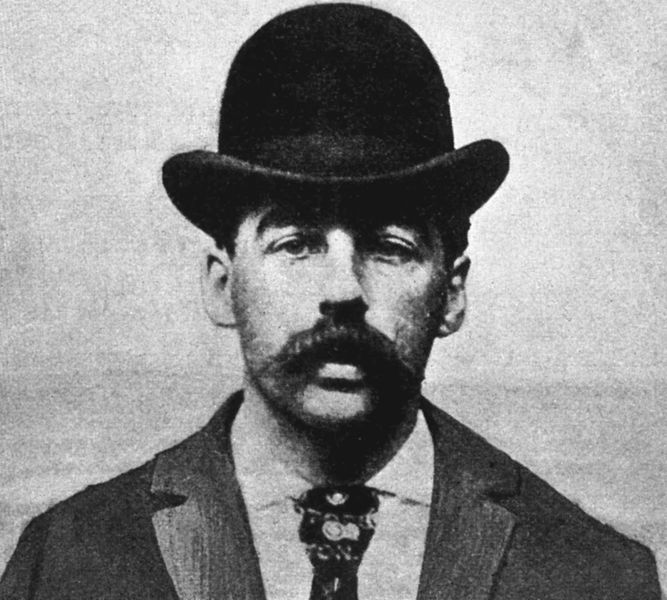 In 1886, Holmes changed his name to Henry Howard Holmes to distance himself from his previous scandals, and moved to Chicago, where he got a job working in a drugstore. Holmes proved himself to be a hardworking worker, and when the drugstore owner died, he bought the business from the widow.

After Holmes became a drugstore owner, he bought an empty lot across the street with a very specific purpose – to trap and kill victims and sell their organs to the black market and medical institutions. To this end, Holmes designed a 3-story hotel that would attract visitors to the city, especially young women, who had come to Chicago for jobs during the World’s Columbian Exposition.

The first floor of the building housed several stores. The upper two levels contained the rooms of the apartments. Some of these rooms were soundproofed and had gas lines so that Holmes could suffocate his guests whenever he felt it—his favorite method of killing. Sometimes he would starve his victims or burn them alive. Throughout the building, there were trap doors, peepholes, stairs that lead nowhere, and slopes that led to the basement, where Holmes had acid vats, quicklime, and a crematorium to dispose of the bodies of his victims. Holmes used the chute to transport the bodies to the basement, and once there, he used an array of surgical tables and medical instruments to dismember his organs and bones before selling them to the black market and medical institutions. . To keep the hotel’s internal layout a secret, Holmes hired and fired several construction workers so that no one had a clear idea of ​​what he was doing.

After the World’s Fair ended and the number of guests at his hotel dwindled, Holmes left the hotel and instead focused on the insurance scandals. Holmes, together with another swindler named Benjamin Pitzel, devised a plan in which Pitzel would take a $10,000 life insurance policy and then fake his death, allowing Pietzel’s wife to collect the amount. After that the money will be divided amongst themselves. Instead, Holmes actually killed Pietzel and then reassured his wife that her husband was still alive. Chillingly, Holmes manipulates Pitzel’s unsuspecting wife into allowing her custody of three of his five children. Holmes then killed all three. He killed both the girls by putting them in a big trunk and filling them with gas. He buried their naked bodies in the basement of his rented house. Holmes killed the youngest child and dismembered the body before burning it.

Holmes’ murder spree eventually came to an end when he was arrested in 1894 for horse theft in Boston, Texas, a felony he committed. Following the discovery of the bodies of Pitezel’s children, Chicago police began an investigation into the Holmes building in Englewood, now known locally as The Castle. However, no evidence of wrongdoing was found that could link Holmes to dozens of missing cases filed in Chicago. The only conviction the police could make against Holmes was for the murder of Benjamin Pitzel. Holmes later confessed to 27 murders. But with Holmes being a pathological liar, it is difficult to distinguish between what is true and what is fiction. For example, some people whom he confessed to killing were still alive. 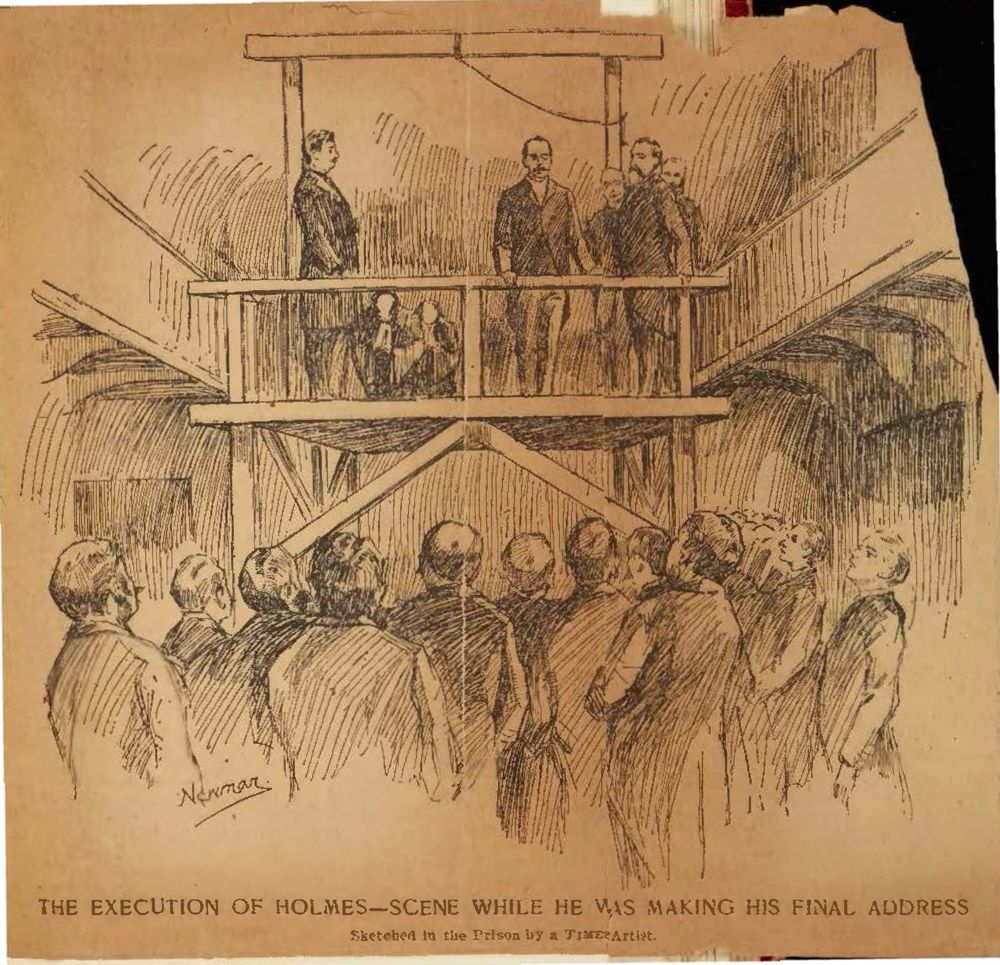 The palace was mysteriously burned down by a fire in August 1895, while Holmes was still in prison. There was a suspicion of arson. The building survived the fire and remained in use until it was demolished in 1938 to make way for the Post Office.