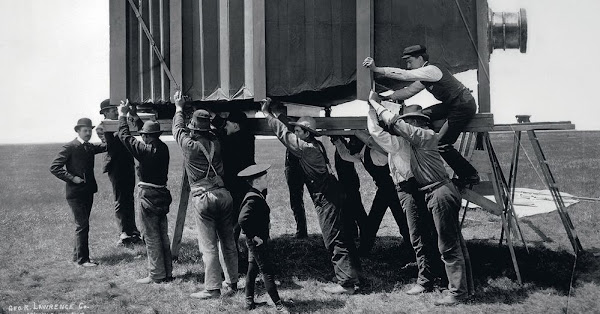 In 1899, the Chicago and Alton Railway began a new intercity rail service between Chicago and St. Towed by a 4-6-2 steam locomotive, the Alton Limited consisted of six perfectly symmetrical cars, including two Pullman parlor cars, which were tastefully decorated both inside and out. The Alton Limited was billed as “the most beautiful train in the world”.

According to the company, no railway train in the world had ever presented such a similar and symmetrical design. The windows from the mail car to the parlor car were of the same size, shape and style. All cars were fitted on standard six-wheeled trucks. Each car in the train had the same length and height, including the tender of its locomotive, which was built at the same height as the car’s body. Even the hoods of the locomotives had the exact height of the roofs of the cars. “It gave the train an eye-catching beauty”, the company said, “combining key features with classic regularity – complete unity of detail from the cow-catcher to the observation platform.”

Soon after the train was built, the company decided to participate in the 1900 Paris Exposition, where they planned to impress the public with the train’s unprecedented symmetry. But instead of sending the entire train to France, the Chicago and Alton Railway decided to make a bigger picture of the train and display it instead. For this task, the company hired a notable photographer, George Raymond Lawrence, who ran a studio in Chicago with the slogan: “The impossible so far in photography is our specialty.”

The railroad company wanted a photograph clicked in the entirety of his prized creation, all in one frame. At first, Lawrence suggested that the train be clicked into sections, which would then be joined together during the printing process. But the company rejected the idea; They wanted a flawless picture of their innocent train. He also insisted that the length of the photograph should not be less than eight feet. 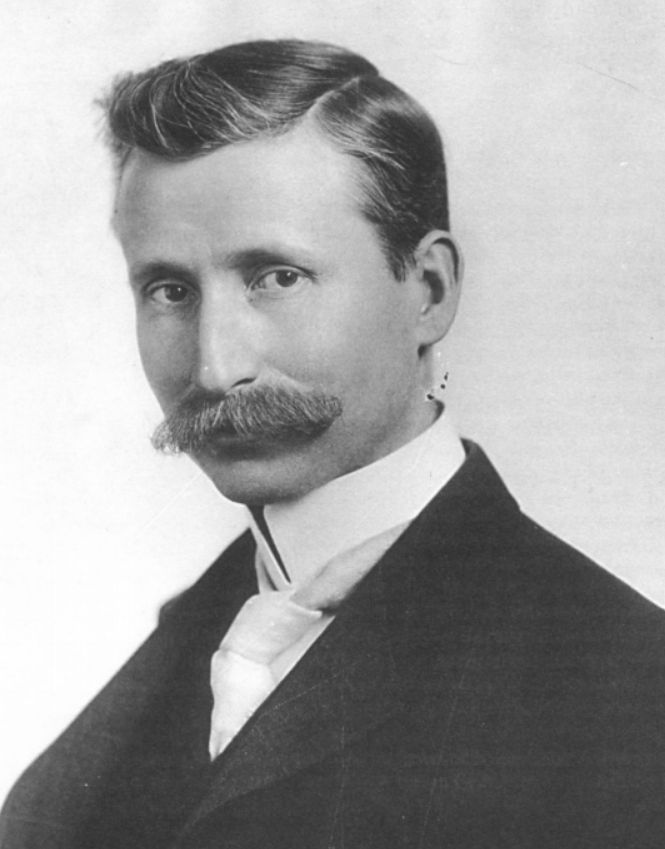 Accepting the challenge, Lawrence sought the assistance of camera manufacturer J.A. Anderson, and within eight months, he designed and built the “Mammoth Camera”—a massive contraption that weighed 1,400 pounds and required fifteen operators. When fully extended on steel-track wheels, the bellows measured twenty feet. The lens was the largest ever designed for photographic purposes, and was made exclusively by the Bausch & Lomb Optical Company of Rochester, New York. Two lenses were made; One was a wide-angle of focus equal to 5.5 feet and the other was a telescopic rectilinear lens with a focus equal to 10 feet. The camera used a single glass negative of 8 ft by 4.5 ft, which was almost three times larger than the one used by current panoramic cameras.

The camera was large enough that before the exposure a man could enter the plate and dust off thus:

The holder is placed in position, the large front board, or front door as it may be called, open, the operator walks in with a camel hair duster, then the door is closed and a lens is placed on the lens. The ruby ​​glass cap is placed, the curtain slide is pulled and the operator dusts the plate in a portable dark room, after which the slide closes and exits the same way as it enters.

in a letter to the editor of photographic timesLawrence’s partner Anderson described “the world’s biggest camera”:

This camera is built to allow full exposure to a plate measuring 56×96, and in its construction, includes all the improvements an up-to-date camera can, being reversible, double swing back, rising and swinging front, and a bracing arrangement to back that makes it rigid like the rear of a small camera, thus dispensing with any jarring or vibration during exposure.

The construction of the four bellows—two cones and two squares—used over fifty yards of heavy black rubber sheet, and although they allowed extreme focus of fifteen feet, they were still so compact, the entire camera could Can be folded up to three feet.

The holder is the curtain slide, and although fifty feet by five eight inches of wood was used for the slide, it was made to work with such ease that a fourteen year old boy would have no difficulty pulling it.

As ground glass for focusing in this massive camera would be clumsy to handle and liable to break, two frames were made to slide into the back of the camera, and celluloid strips were made to fit into these frames. Which was a very light and satisfying option. Ordinary Ground Glass.

After months of planning and preparation, on a clear spring morning in 1900, the camera was painstakingly moved by a flatcar to Brighton Park, about six miles from Chicago. From there, a padded van took the camera to a suitable location in an open field. In the distance stood Elton Limited. After aiming the camera at a stationary train on the tracks, four men inserted giant glass plates, while the other six operated the bellows and lens. Lawrence removed the lens cap and after an exposure of two and a half minutes, replaced the cap and the exposure was complete.

Lawrence made three gorgeous prints from the negatives and sent them to Paris to be displayed at the exhibition. One was hung in the United States Government Building, the other at the Railway Exhibition, and one in the photographic section. At first, the judges in the photography contest were skeptical; No one had seen such a big picture before. He believed that the picture was a composite and therefore fake. Organizers were convinced of its authenticity only after the French consul in New York was sent to Chicago to verify the camera’s existence and inspect its operation. Ultimately, it earned Lawrence “the world’s grand prize for photographic excellence”.

The mammoth camera was one of the many inventions of photographic genius George Raymond Lawrence. His most notable feat was aerial photography, where he sent cameras strapped high into the sky using kites, as opposed to hydrogen-filled balloons, allowing him to take stunning panoramic photographs without exposing himself to the dangers of high-altitude ballooning. got permission. His most famous aerial photograph was of San Francisco taken from 2,000 feet above the bay after the devastating 1906 earthquake.

Photographed by George Raymond Lawrence in the San Francisco ruins. 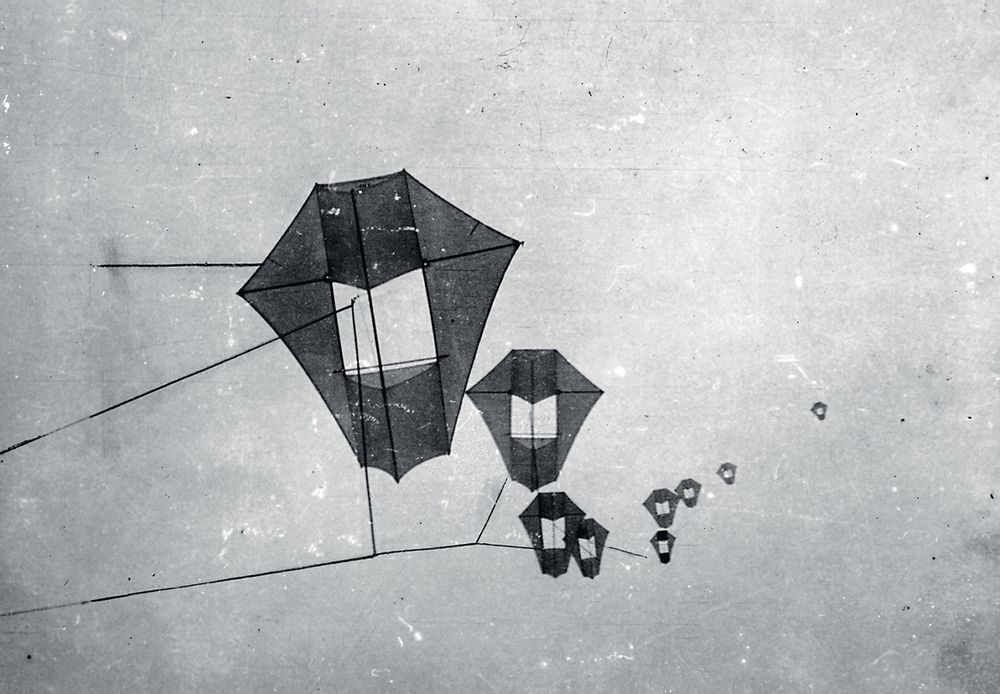 A train of kites was used by Lawrence to hoist his camera.

George Lawrence was also a pioneer in flash photography. He invented a flash powder that was brighter and produced less smoke than the magnesium that photographers commonly used. He also installed a system where he could light multiple flashes simultaneously using electricity, which greatly increased the amount of light available. This allowed him to take large-scale indoor photographs with complete safety. In recognition of these inventions, Lawrence received the highest award for artificial light photography from the Photographic Association of America in 1899, as well as the nickname “Flashlight Lawrence”.

Another large-scale photograph by George Lawrence. This unique photograph of the Russian Empire’s Kexholm regiment shows over 1,000 men, each arranged in 25 rows of 50 men. Lawrence built a camera and objective about 1 meter in diameter for this photograph in 1903.