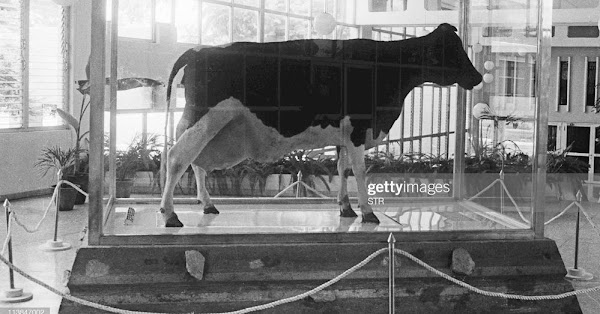 For all their love of dairy, Cubans have always been hungry for milk. In a turbulent history of necessity, invention and repeated shortages, no scientist nor entrepreneur of the highest intelligence could save the country. Only one cow, singular of its kind, ever came close to satisfying the hunger of millions and, of course, the President longing for their milk.

1987 Photograph of a Ubre Blanca cow stuffed inside a glass box at a cow farm east of Havana. Photo: STR/AFP via Getty Images

Her name was Ubre Blanca and she was unlike any cow that ever walked the earth. With his nominal white udder, he single-handedly revolutionized Cuban dairy culture, albeit temporarily. This cow became so famous that for decades to come, its name would be chanted in one breath with the Cuban revolutionary leader Fidel Castro.

But how did this happen?

Fidel Castro became the face of Cuba in January 1959. The man was an ardent politician – socialist in his outlook and fanatical in his execution. But that was not the only thing. Castro was a lover of dairy, a devout admirer of the white nectar that nourished the sick and growing. He was so vocal about his taste that the CIA found out about it and used it several times to assassinate the leader. In the mid-60s a poison pill was kept in the freezer of the Hotel Habana Libre. This is where Castro used to drink his chocolate milkshake every day. The poison had to be dissolved while making this milkshake. However, the attempt failed, as the pellet froze on the wall of the freezer and broke during extraction.

And thus, the growth in the milk industry gained momentum. The whims of the communist leader was now becoming state policy. Giant ice cream parlors were popping up on every corner and Camembert cheese was making waves in diplomatic circles – all thanks to Castro. The Cubans longed for more and more milk, but the arrangement was not sustainable. The native Cebu cow of Cuba was unable to produce milk in sufficient quantity to meet the need of the public. Castro imported high-yielding Holstein cows from Canada, but they could not survive in the tropical climate. 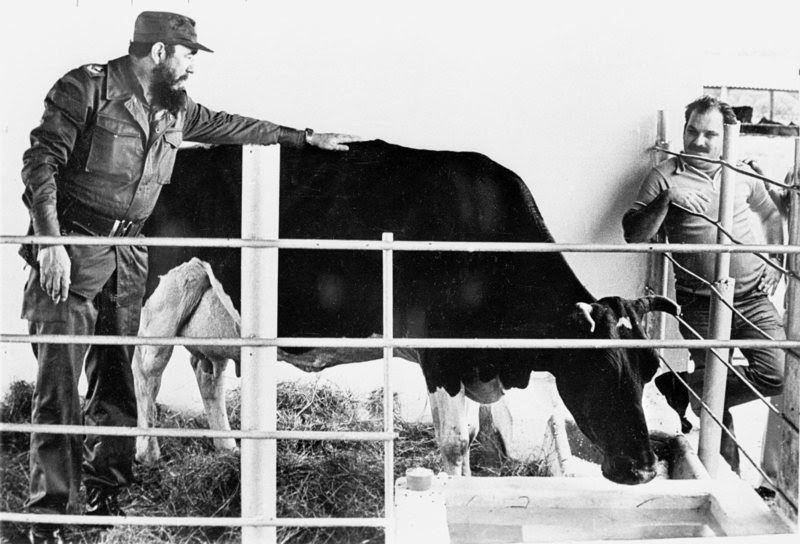 When all else failed, Castro ordered cross-breeding of cows to create a new Cuban breed that was resilient and high-yielding. By this method, a native Cebu cow giving 1.5 liters of milk will soon give birth to a calf which can give about 10 liters of milk. In Castro’s view, these cows would be reared by the hundreds, and would soon multiply into the millions.

As they say, you only have to be right once. And Castro was right. The only successful cow was born from this experiment in 1972 and was named Ubre Blanca. She literally became his personal pet project. The cow was raised in a stable in Nueva Gerona under his direct supervision and, as many will tell you, lived in better conditions than most Cubans. She ate new things every day, and fed in an air-conditioned environment with soft music to reduce stress and discomfort.

Castro wanted his Super Cow to break the world record set by American Arlinda Allen, who had been producing 80 liters of milk since 1975, and to that end, he allowed employees to feed six times a day and each milking. Ordered to record the quantity. These numbers were flashed on daily news stories for the entire country to see. Sure enough, a well kept artificially bred cow gave 109.5 liters of milk in July 1982. Soon after, her total production was recorded at 24,269 liters in a 305-day lactation cycle – another record-breaking feat.

Ubre Blanca was now ready to dominate as a political symbol. She was a constant reference in Castro’s national speeches, in which she emphasized the improved milking and fertility of the Communists. Their daily life was televised like a soap opera that kept the locals hooked. The citizens loved him. Diplomats and journalists came from all over the world to catch a glimpse of the wondrous mammal. 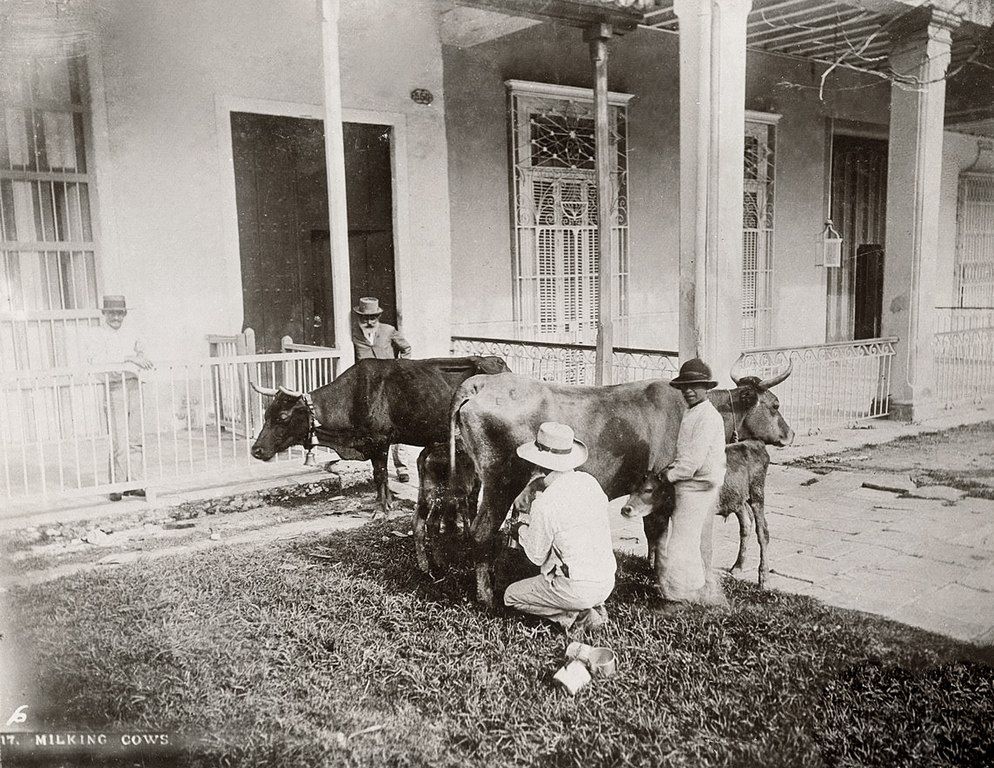 A Cuban milking a cow in front of the Havana residence. The scene depicts a peculiar Cuban custom, where the milkman brings his cows to the doorsteps of his customers and gives fresh milk from the cow to his patrons. visual: wikimedia

But a cow can only do so much. No other cow has ever produced as much milk as Ubre Blanca. This meant that poor bovines were repeatedly stressed to meet exceptional standards of production and calf. After thirteen years of producing four times as much milk per day, his health paid off. During her third pregnancy in 1985, Blanca developed a complication and was taken to the National Agricultural Health Center in Mayabec. Here they froze her eggs for future use. The procedure exacerbated a tumor in its caudal, and the animal soon had to be euthanized. His remains still sit mutilated in a glass urn in the center.

A praise was published in the newspaper that day. An entire page was devoted to the obituary of Ubre Blanca. The animal was sent off with military honours. Castro soon erected a statue of his beloved cow in the city of Nueva Gerona. As the enthusiasm faded, headlines turned to the milk shortage in Cuba, which continued to escalate for years to come. Dairy products were a luxury in Cuba, subsidized only for children aged zero to seven, pregnant women and the sick. Attempts to renew the situation continued, but in vain. In 2002, a project was started to clone a cow better from Ubre Blanca’s genetic material. Due to the paucity of high quality fodder, farmers are able to produce the best of low fat, low yielding milk. Copelia, the most popular Cuban parlor started by Castro, is known for serving hollow scoops of ice cream at times. Castro’s dreams floated like a dream long after he came to power.