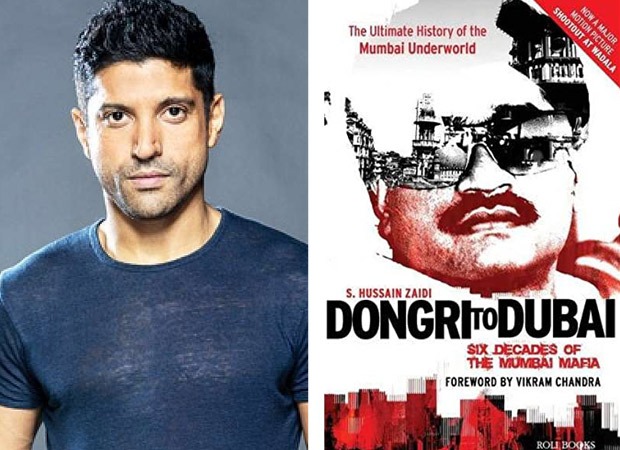 Production Venture of Farhan Akhtar and Ritesh Sidhwani Dongri to Dubai Underworld don Dawood Ibrahim’s life and adapted from the book “Dongri to Dubai: Six Decades” by Hussain Zaidi of Mumbai mafia, has been hitting constant roadblocks from the time the shoots began.

Featuring Avinash Tiwari, Kay Kay Menon, Jitin Gulati, Amyra Dastur and Krutika Kamra and directed by Shujaat Saudagar, the show went on floors just before the pandemic struck. The show’s set at Madh Dweep Mumbai was demolished in mid-May 2020 as it was unused during the lockdown period. The makers finally rebuilt the set in January 2021, seven months after they pulled it down due to a pandemic. But in March, the director tested positive for coronavirus, forcing the entire cast and crew to self-isolate.

Now it is heard that shooting will start only after monsoon. A source reveals, “The set which was dropped on Madh Island was rebuilt in January at the same location and it still remains. About 40 days of shooting is left, which will be shot only after the rainy season. Despite Maharashtra government’s permission to resume shooting by following SOPs (Standard Operating Procedures), the makers have decided to wait and watch as they don’t want to take any risk this time and stop shooting again. “

The source further revealed that there are some important scenes which are yet to be shot, “These are the important scenes which were put on hold. There are some crowd sequences that need to be shot, which are being planned as the makers do not want anyone to contract the virus again. There is also a part of Dubai that remains. The makers are considering whether to shoot it here or take a limited crew to Dubai and shoot there.”

Read also: Only 18 days are left for the release of Farhan Akhtar’s Toofan and there is no sign of any promotion yet