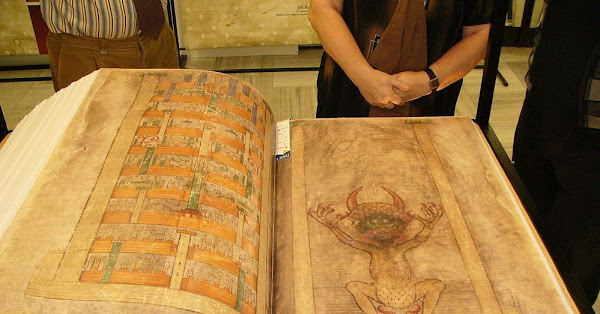 In the National Library of Sweden in Stockholm, a huge Bible is on display, 36 inches long, 20 inches wide and about 9 inches thick. Called the Codex Gigas, or “Giant Book”, this elaborately decorated and impressive leather-bound book weighs an astonishing 75 kilograms, and is the largest medieval illuminated manuscript in the world.

The manuscript is illuminated with colorful illustrations, including a portrait of Josephus, images representing heaven and earth, and various geometric or plant-based motifs. But the most amazing and different place among them all is that of Satan. Satan occupies an entire page of the manuscript, with a front page depicting the kingdom of heaven, thus combining contrasting images of good and evil. The devil is shown in front, wearing a white loincloth, with a weapon on his head. Its hands and feet end with only four fingers and toes, which end in large red claws. Two large red horns adorn his head. Its tongue is prickly like that of a snake. His head is full of dark green curly hair.

According to legend, the codex was created in the 13th century by Herman the Recluse at the Benedictine monastery of Podlaice near Churudim in the Czech Republic. Handwriting analysis indicates that the manuscript was the work of a single author. It would have taken this man about 20 years to complete this huge book.

According to one version of a legend that was already recorded in the Middle Ages, the scribe was a monk who broke his monastic vows and was sentenced to the wall of the living. To avoid this harsh punishment he promised in one night to make a book, which contained all human knowledge, to glorify the monastery forever. However, near midnight, the monk realized the absurdity of his vow and it was impossible to accomplish the task alone. So he prayed, but not to God, but to the fallen angel Lucifer, asking him to help him finish the book in exchange for his soul. Satan completed the manuscript and the monk added a picture of Satan in gratitude for his assistance. Thus the manuscript is also known as Satan’s Bible. 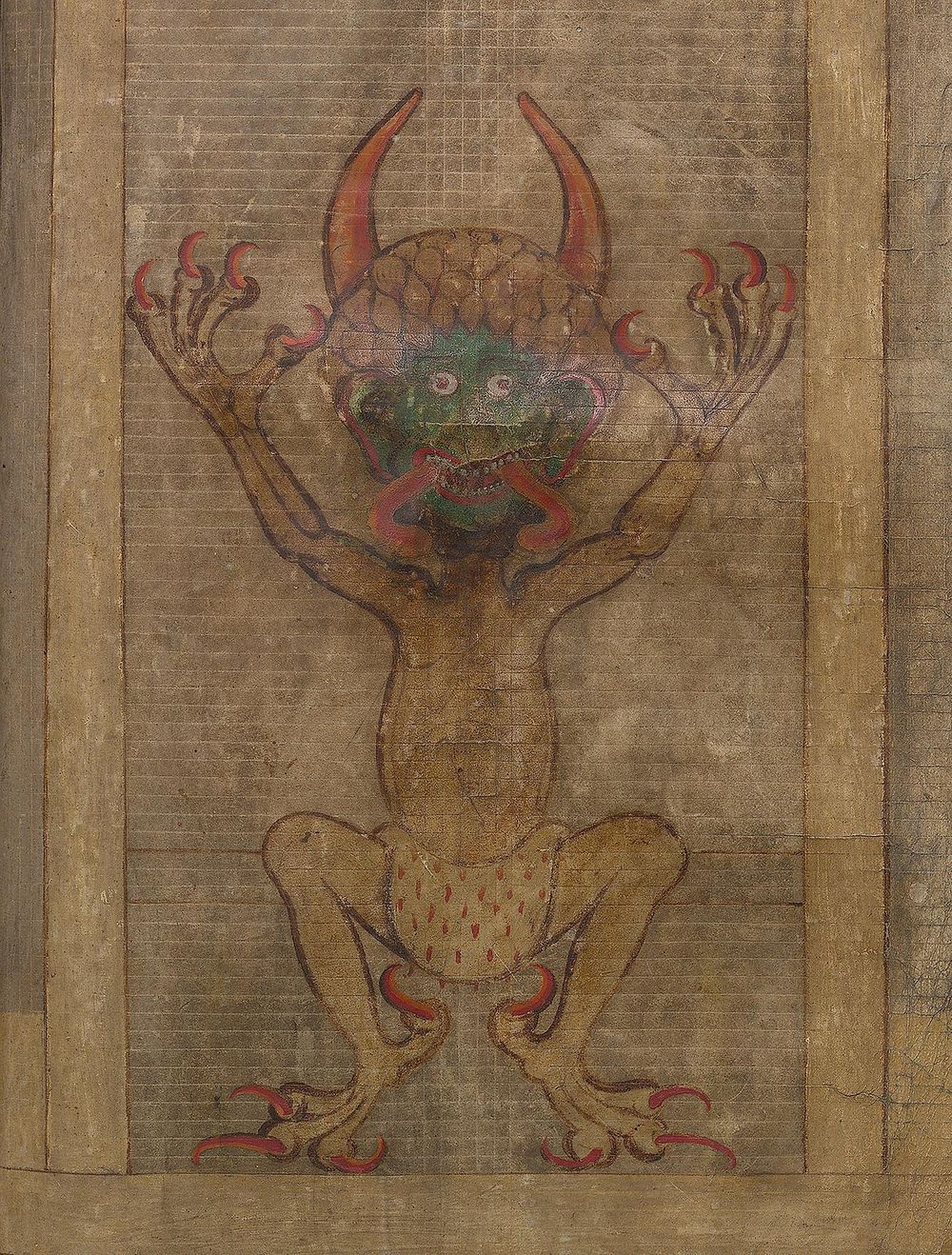 Shortly after it was written, it was mortgaged by the Benedictines to the Cistercian monks of the Sedlec Monastery, where it remained for 70 years. The Benedictine monastery at Brevanov retrieved the Bible in the late 13th century. From 1477 to 1593, it was housed in the library of a monastery in Braumov, until it was moved to Prague in 1594 to form a part of the collection of Emperor Rudolf II.

At the end of the Thirty Years’ War in 1648, the entire collection was taken as war booty by the Swedish army. From 1649 to 2007, the manuscript was kept in the Swedish Royal Library in Stockholm. In 1697, a fire broke out in the royal palace in Stockholm, which destroyed most of the Royal Library. To save the Codex Gigas, the manuscript was thrown out a window. In 2007, after 359 years, the Codex Gigas returned to Prague on loan from Sweden until January 2008, and was displayed in the Czech National Library.