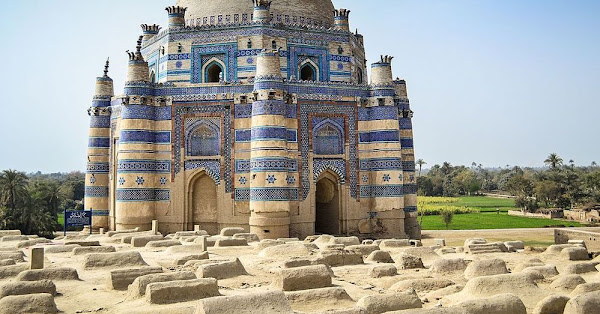 The ancient city of Uch, founded by Alexander the Great in the Punjab province of Pakistan, is home to many funerary monuments and temples dedicated to Muslim mystics, or Sufis, from the 12th to the 15th centuries. One of the most beautiful is the tomb of Bibi Jawindi. This octagonal tomb is embellished with extensive tile work, but is now in a dilapidated state.

Bibi Jawandi was the great-granddaughter of the famous Sufi saint Jahanian Jahangasht (1307–1383), who was known for her mysticism and religiosity. Jahanian Jahangasht had a great influence on the life of Bibi Javandi. The great saint traveled widely (for which he was given the title of “Jahaniyan Jahangasht”, which means who travels around the world. His birth name was Mir Syed Jalaluddin Bukhari) and left an indelible mark on South Asian Muslim society. He urged the people to follow the way of life of Prophet Muhammad in speech, conduct and deed. He advised people to eat less meat and pray more. He gave great respect to the soil of the Indian subcontinent, as he believed it touched the feet of Adam.

Bibi Jawindi died in 1403. Almost a century later, in 1493, Prince Dilshad of Iran built a tomb in his memory.

The tomb is built of baked bricks on an octagonal base with bastions at each corner of the octagon. A single dome was raised on a small octagonal drum with arched windows. The exterior of the building has three levels with the top supporting the dome, while the interior is rounded due to the thick angled walls rising up two storeys. Both the interior and exterior of the building are richly decorated with Islamic texts, carved wood, and bright blue and bright white mosaic tiles.

Centuries of exposure to the elements have devastated the structure. Half of it has collapsed into a pile of broken bricks and tiles. The other half has been eroded away, but the risk of collapse is still present due to the harsh desert-like environment, moisture and salt infiltration. In addition, improper methods of repair cause further damage to the premises.

The site also contains other tombs, the most notable being the shrine of Bahál-Halim, and the mausoleum of Ustad, the architect who designed the tomb of Bibi Zwindi. But their condition is bad.

The entire complex was submitted for UNESCO World Heritage status, but since 2004, it is on the tentative list. 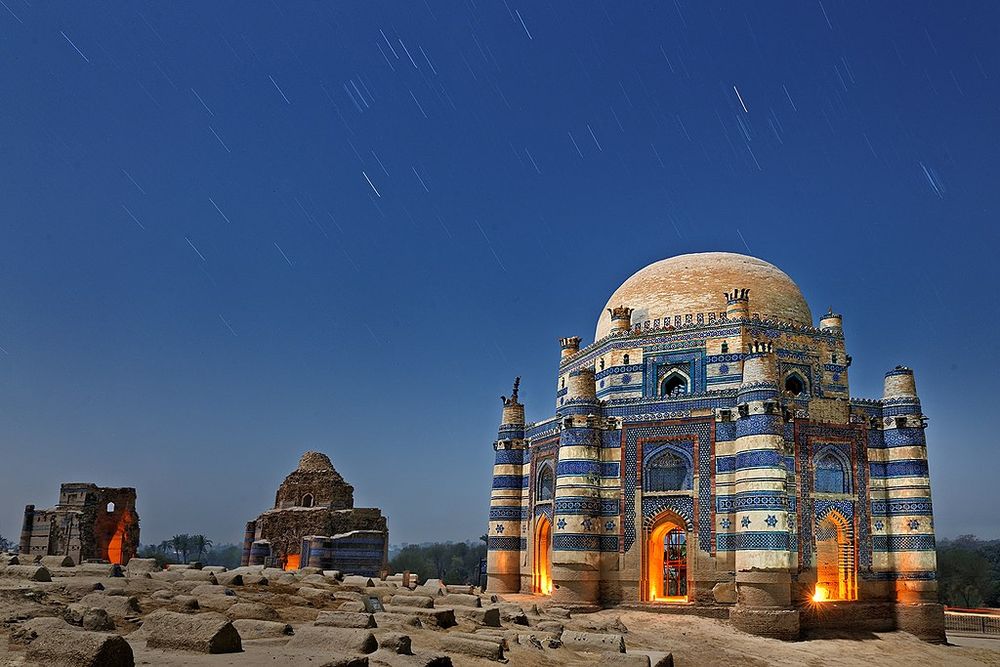 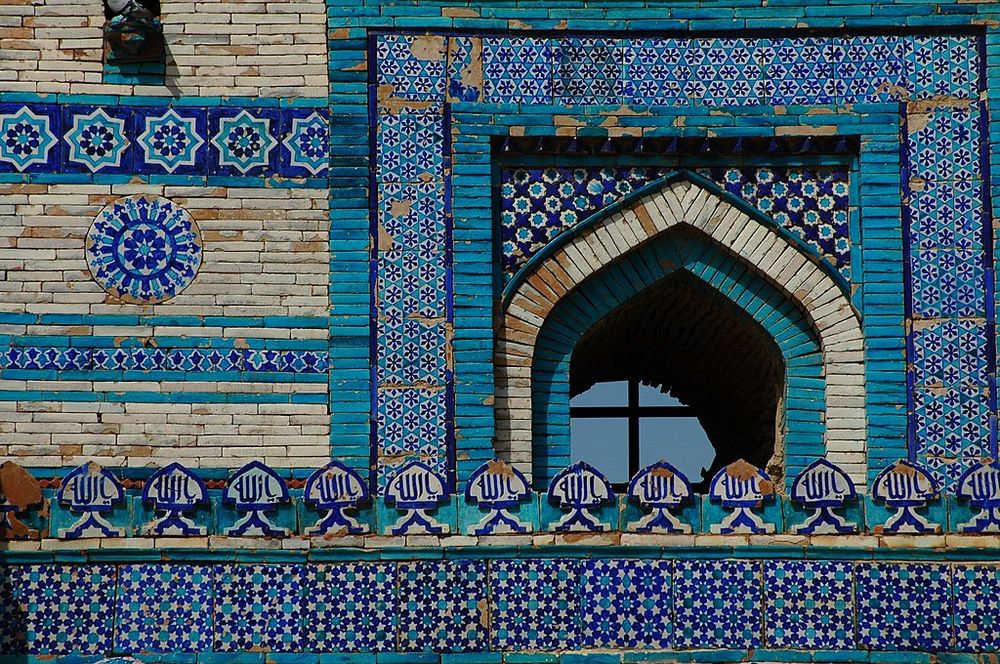 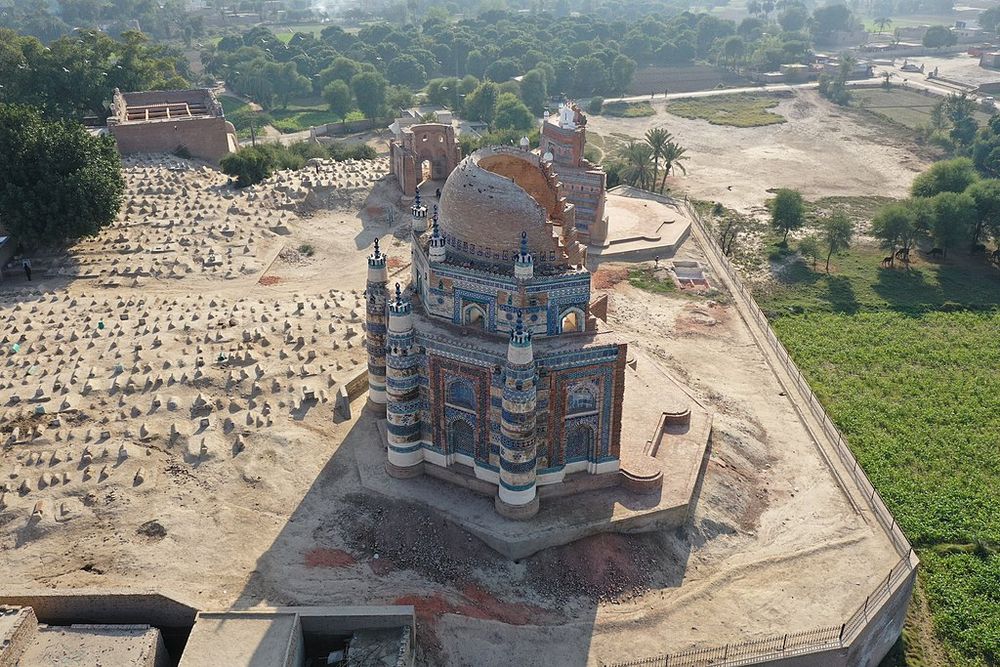 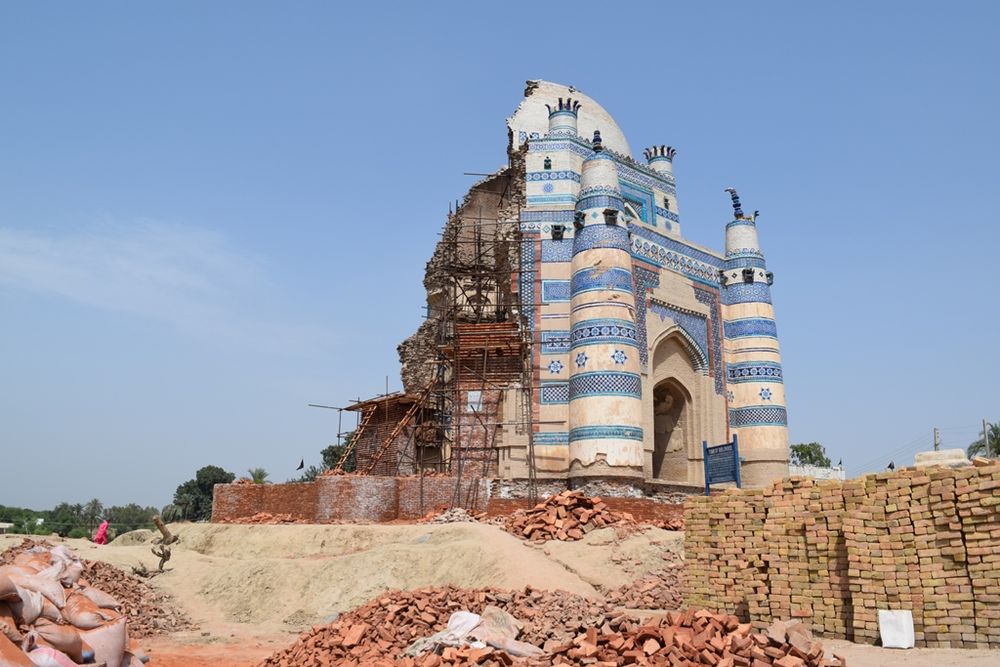 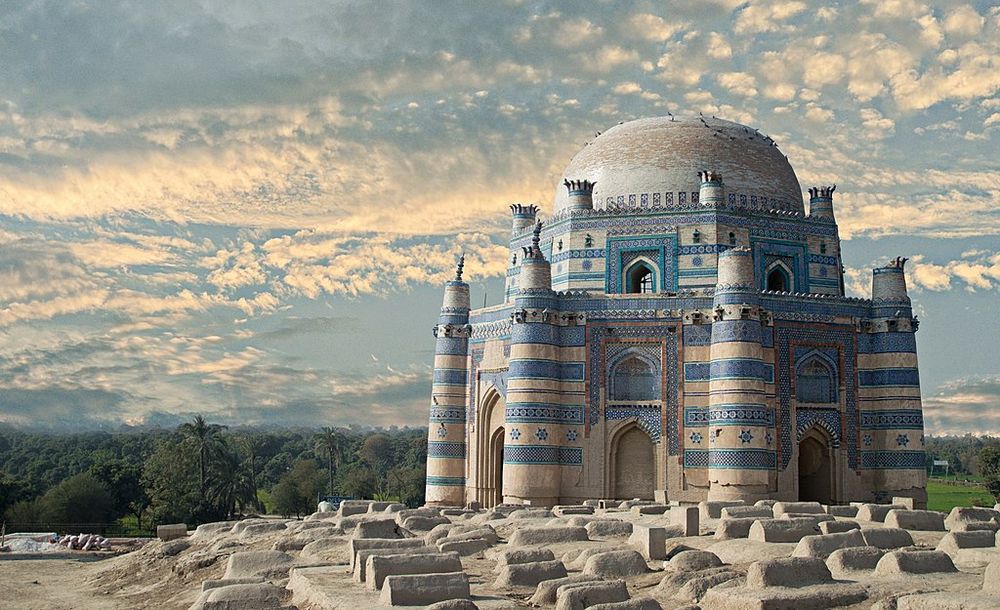 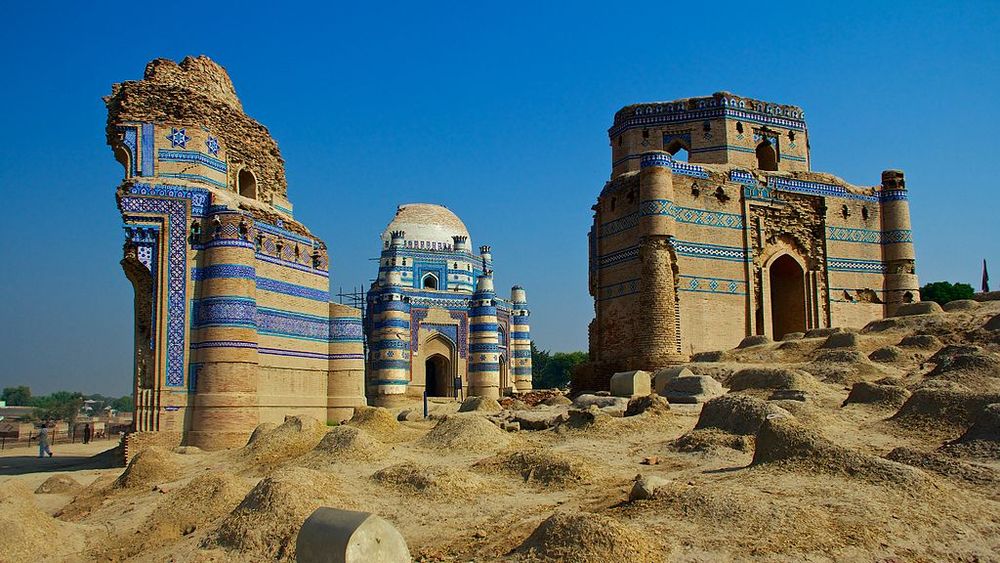