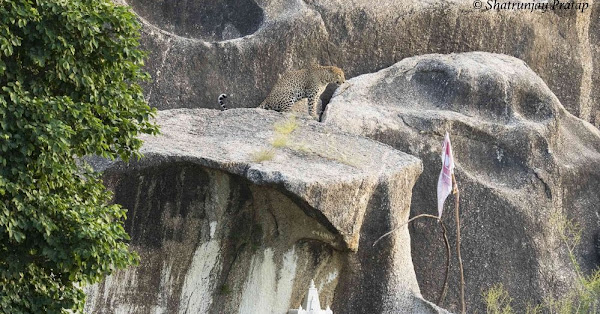 The sun-soaked Aravali of Rajasthan thrives in the leopard country of India. In and around Bera, a small village in Pali district, majestic-looking cats roam with indomitable freedom, while locals keep their heads bowed in reverence. A perfect harmony exists around these villages, where leopards attract tourism and livelihood for the people and people let them hunt the animals on their property.

A leopard near a temple in Bera. Photo: Shatrunjay Pratap

This strange tale of coexistence began about 45 years ago, when six leopards descended from Kumbhalgarh National Park in search of rocky mountains. The bera offered the perfect natural habitat, and soon became their permanent residence, with a labyrinthine network of caves meandering through the cliffs. The cubs were born in the shadows of the caves, and the maze of tunnels provided enough room for the cats to change their location every three days. This lifestyle improved the chances of survival of the leopard cubs, so that while only one in three cubs survive on average, only about all three survive in the bera. Soon, the population grew by the dozen and by 2020, locals saw 50 to 70 leopards in the area.

The 20 sq km area of ​​Jawai Band around Bera was converted into Jawai Leopard Conservation Area in 2003. Safari guides give a 99 percent chance of seeing a leopard on a safari, and that’s despite leopards still living outside the conservation area. Bera now has one of the largest numbers of leopards in the world. With an almost religious allegiance to the local Rabari community, these cats have come to live comfortably in village lands and roam freely in their ponds and streets. Leopards are seen from the steps of the temple on top of the hills and local people stop on their way to work while cats cross their path like normal pedestrians. Other species roam here too – foxes, hyenas, blue bulls, crocodiles in the reserve, and 200 species of birds perch on trees. But apart from the big cat, no one is considered to be an incarnation of Ambe Mata. 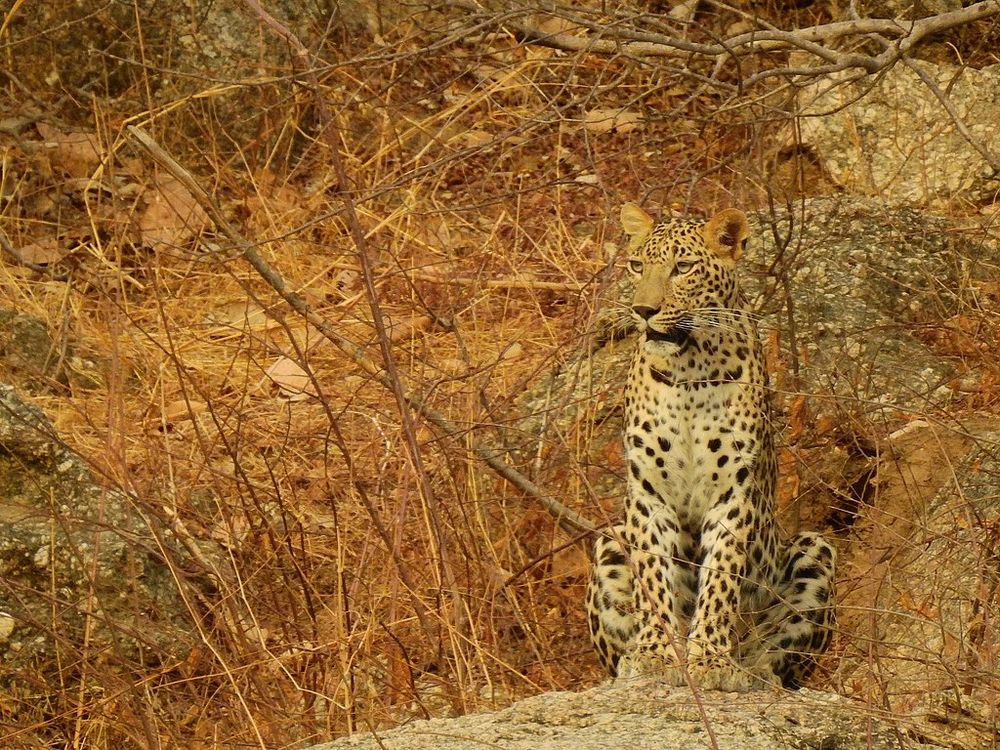 Leopards prey on cattle and livestock raised by local people, but the community of Bera is not opposed to this ecosystem. In their opinion, if a leopard takes away a sheep from them, God will give them double compensation. Apart from superstition, the government accepts large-scale poaching of animals under its Van Dhan scheme and compensates damages—Rs 4,000 for a goat and around Rs 15,000 for a cow. Naturally, the local people of Bera believe in letting the leopards live in peace. Many people refuse to even accept monetary compensation and simply wait for the cycle of life to do its job. The cat is considered sacred, remains untouched, and its statue is enshrined in almost every temple in the area.

India is home to about 14,000 leopards. But in most parts of the country, the mighty cat is hunted in the process of climbing onto the ground or in retaliation for fear. It is in Bera that cats roam untouched between homes and between humans.

While most of the leopards have crawled up the ridges of the slopes of Bera, many have also strayed from the private properties of the village. But such a bold spectacle of nature’s play with man has apparently attracted the attention of outsiders, not the locals. Tourists have started flocking around the villages for the past few years, with their binoculars hanging around their necks when the much-anticipated spotting strikes. Many private properties have been leased to hoteliers and resort owners, so that the hotel and resort land in the Jawai Dam area can host an influx of tourism. Propaganda has created imbalances in the ecosystem in many ways.

Where once the leopard used to go out in search of prey, now man wanders in search of the leopard. Many safari guides place animal carcasses on the streets to lure cats for display. Locals are paid for the slaughter of their animals and tourists collect content for their Instagrams. But in this uncontrolled, win-win game among humans, the space for leopards to roam is decreasing. Male cats do not allow other male cats to enter their territory. This means that attacks on male cubs are increasing due to lack of space to accommodate the growing population. The Forest Department is engaged in saving the leopards, but for how long?