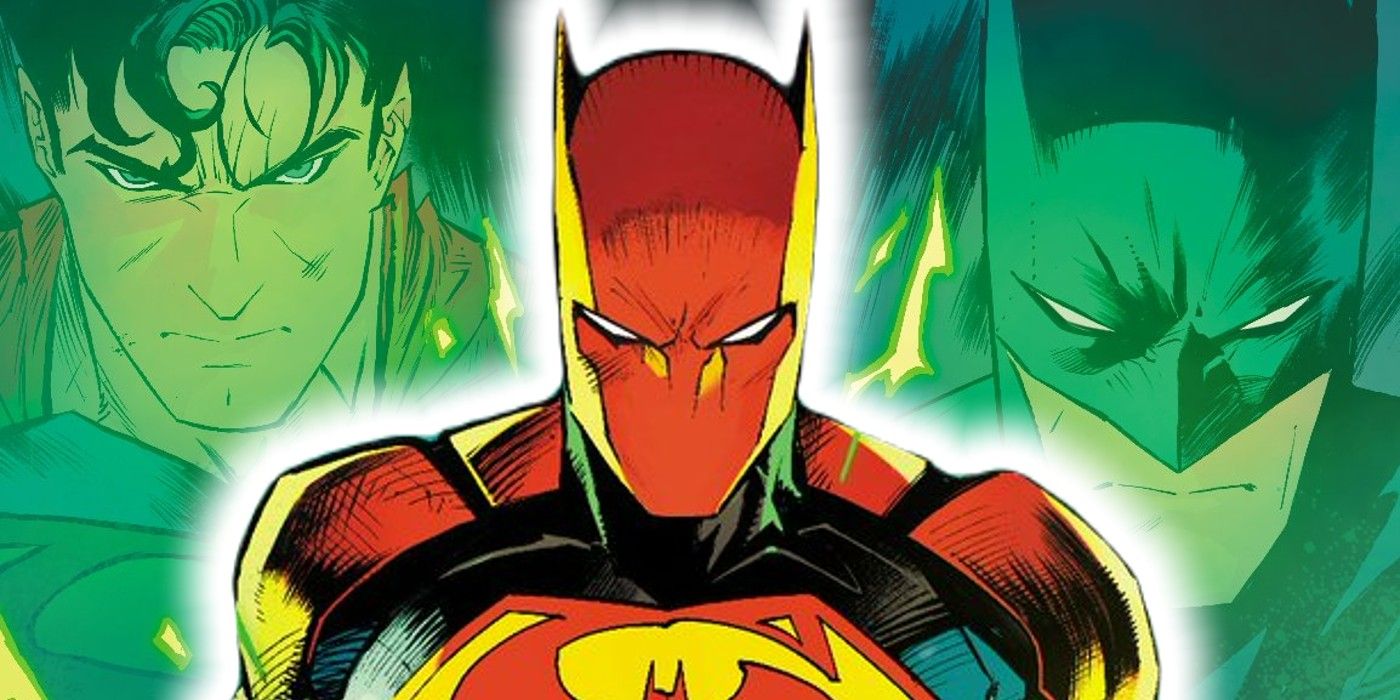 Artist Dan Mora shared a first look at a new character who will debut in Batman/Superman: World’s Finest #4, an apparent mix of Bruce and Clark.

A new and extremely mysterious character is joining in DC Universe What at first glance as the artist Dan Mora appears to be a mix character Of batman And Supermanwho will debut in Batman/Superman: world’s finest #4, No details have yet been revealed about who or what this new character is, but fans are already quite excited by Mora’s tweet!

In the long, long history of these two major superheroes at DC Comics, there has never been a combined character of the two heroes that wasn’t intended as a joke or a gimmick, making this a very important moment for the franchise. Bruce Wayne and Clark Kent are often called To look alike, both are dark-haired brunettes with chiseled jaws and abs, so if they were To be a kid together anyway, it’s all too easy to assume what the Batman/Superman merger would look like under its covers.

related: Batman and Superman are too dumb to launch their biggest team-up attack

Batman/Superman: World’s Best #4 – Written by the famous Mark Vaid (Kingdom Come, JLA: Tower of Babel) with gorgeous art by Dan Mora (Future State: Dark Detective, Once and Future) – story set in the not-so-distant past during a time where Dick Grayson, still acting as Robin, follows Batman and Superman as they hunt down a mysterious enemy make team. The puppet behind their attacks by Poison Ivy, Metallo, Penguin and others is revealed to be the devil Neza, who is dispatching the Man of Steel and Dark Knight on a Bombardment Adventure To save humanity from the demonic fire of Nezha that threatens to take over the world. Dan Mora’s The art, shared on Twitter, reveals a surprising new character design, apparently meant to appear as a combination of Bruce and Clark, with both of their faces hanging in the background behind the composite. The truly epic new character design includes a spectacular merging of the two heroes’ core symbols, something the creators have tried and failed to do over and over again, a combined logo that will hopefully last in stories to come.

Batman Superman World’s Finest #4 A glimpse of a new character. I had a blast photographing this man.
The FOC is this Sunday, May 22, be sure to pre-order your copies pic.twitter.com/GtJj7vbowr

Interestingly, whose mix is ​​the new character? Several The DC character, as drawn with what appears to be a lasso of truth on his waist, Green Lantern-esque energy around his white-gloved hands, and a red hooded bat wrapped around his head. Perhaps this new character will be either a psychic or a magical construct, somehow created from the memories, intentions and powers of Superman and Batman? The character most closely related to Mora’s art is Con-El’s Superboy (Connor Kent), a character introduced in the “Superman’s Reigns” show in the 90s, who is a resemblance to Superman and Lex Luthor. was clone. It would be great to have Bruce and Clarke being a clone child, though it’s unclear how this will tie into the current story arc surrounding the Devil Neza. Hilariously, some fans reacted to Mora’s tweet, commenting on how the art looks like a Dragon Ball-style Super Saiyan fusion between Goku and Vegeta, and seeing Clark and Bruce attempting the fusion dance is actually Will be fun Dan Mora has jumped on the context before Goku in an earlier issue of world’s finestWhich means this Dragon Ball Fusion reference may actually be more accurate and telling than it sounds on the surface.

summary for World’s Best #4 Turns out that Batman and Superman will be forced to fight against Hal Jordan, so there’s a chance this new character is formed through a combination of magic, science, or will. batman And Superman may be close friends, but in the pages of world’s finest they are getting closer always before this.

More: Even with Kryptonite, Batman Still Can’t Beat Superman in a Fight

Marvel has turned Thanos from a genius to a total fool