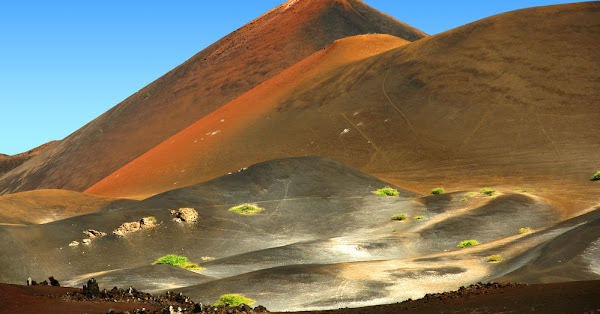 In the middle of the South Atlantic Ocean, thousands of miles from practically anywhere, is an isolated volcanic island called Ascension. Two hundred years ago, Ascension was a desert island, with little appeal to passing ships except giant green turtles and birds to eat as they sailed to other areas. Today its peaks are covered with lush green forests. This amazing transformation is the result of a remarkable ecological experiment conducted by the famous British botanist Joseph Hooker with the encouragement of Charles Darwin. Many scientists believe that this spectacular terrain could be the key to the future colonization of Mars.

Ascension Island is very young, geologically, having emerged from the sea about a million years ago. Volcanic activity continued to shape the island as recently as a thousand years ago. As such, most of the island is covered by young volcanic soils, lava fields and cinder deposits. Small shrubs and grass were the only things that grew here before human intervention.

The island was first discovered in 1501 by the Portuguese navigator Joo da Nova on the Day of Ascension, hence the name of the island. For the next 300 years, the island served as a useful stopover point for distant voyages, allowing sailors to replenish their freshwater reserves (a strong spring in the high interior of the island). and has a very small water source, which is low mountain) and fresh meat (Ascension Island is home to giant green turtles and large seabird breeding colonies). Recognizing its strategic importance, the Royal Navy established a garrison on the island in 1815 (originally to keep an eye on Napoleon Bonaparte, who was living in exile on nearby St. designated as a battleship, HMS Ascension. 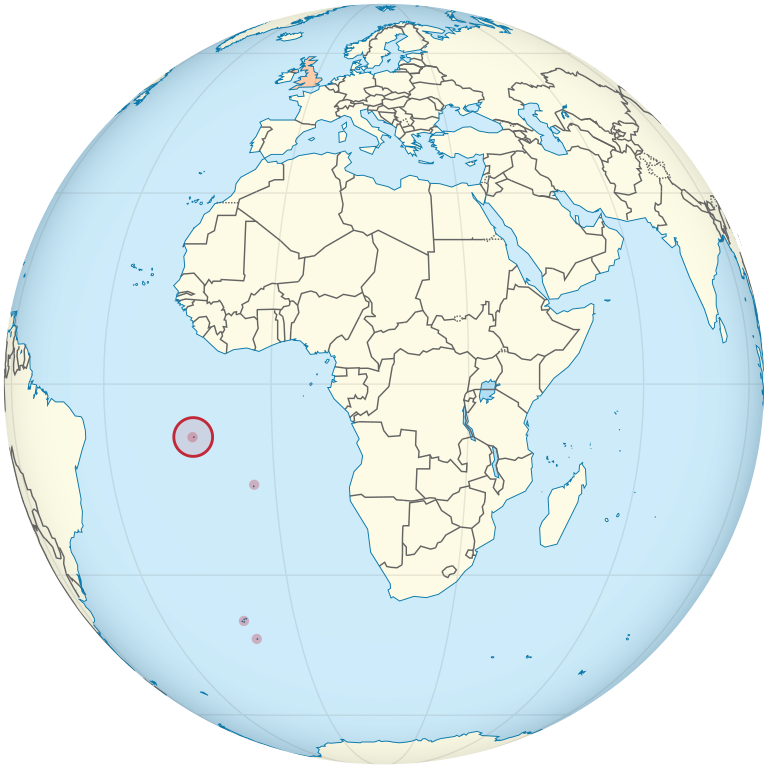 To make it possible for the garrison to survive, British sailors planted a fruit and vegetable garden on the thin soil at the summit of Middle Mountain, known as Green Mountain, and used hundreds of sheep and goats as a source of meat. Goats were also introduced. , as well as cows and horses.

In 1836, the young Charles Darwin was nearing the end of his long journey around the world. HMS Beagle, made a brief stop at The Ascension. Coming from St. Helena, Darwin did not expect much from the island. Before their departure from St. Helena, its residents joked—”We know we live on a rock, but the poor people of the Ascension live on an ashes.”

When Darwin stepped onto the island, he took note of the farm and marveled at the way the springs were managed “so that not a drop of water was wasted”. Darwin was impressed by the work done by the British to make Ascension Island habitable, although he maintained that the island was devoid of trees. “Indeed the whole island can be compared to a huge ship placed in the order of first class,” he remarked. Others shared Darwin’s sentiment. French naturalist René Primever Lesson remarked that “the English nation alone would have thought of Ascension Island as a productive place; no one else would have regarded it as a mere fortress at sea.” 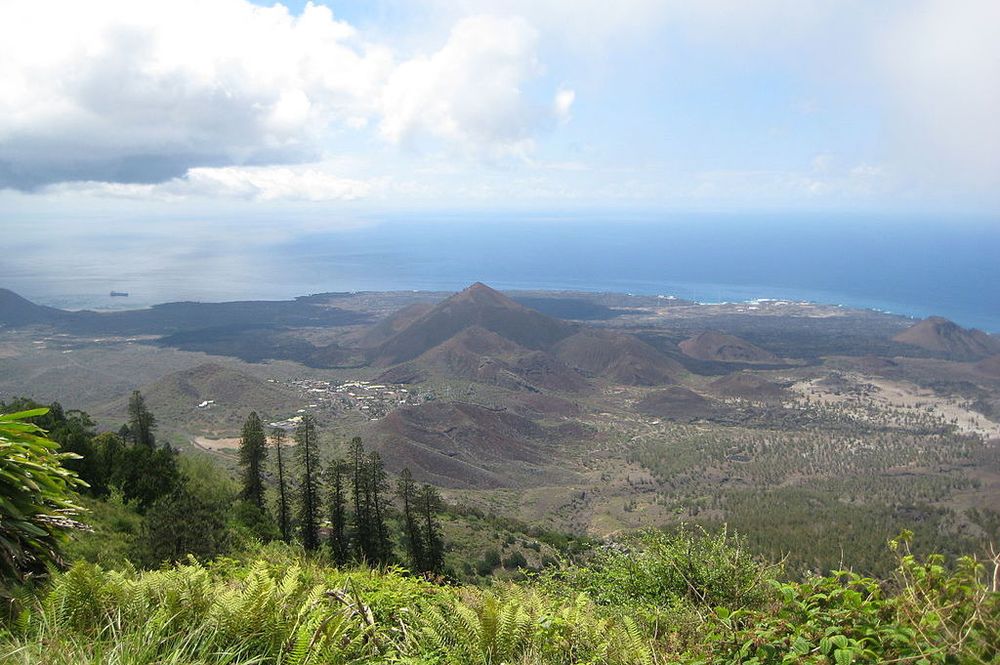 Seven years later, the British botanist and explorer Joseph Hooker visited the island. In support of Darwin, Hooker advised the British Navy that planting vegetation on the island would help capture rain and improve the soil. Trees will hold moisture and reduce evaporation, while their roots break down lava rocks and form thick and loamy soils.

Beginning in 1850 and continuing for a decade, the Royal Navy imported thousands of plants, comprising more than 330 different species, from botanical gardens in Europe, South Africa and Argentina. The plants were specially selected to withstand the harsh conditions of life on this volcanic desert. In twenty years, more than five thousand trees had begun to take root. They covered the crown of Green Mountain, the island’s highest point in a lush halo of bamboo, while tall Norfolk pines flank the slopes. These trees were planted for use as replacement masts for sailing ships. 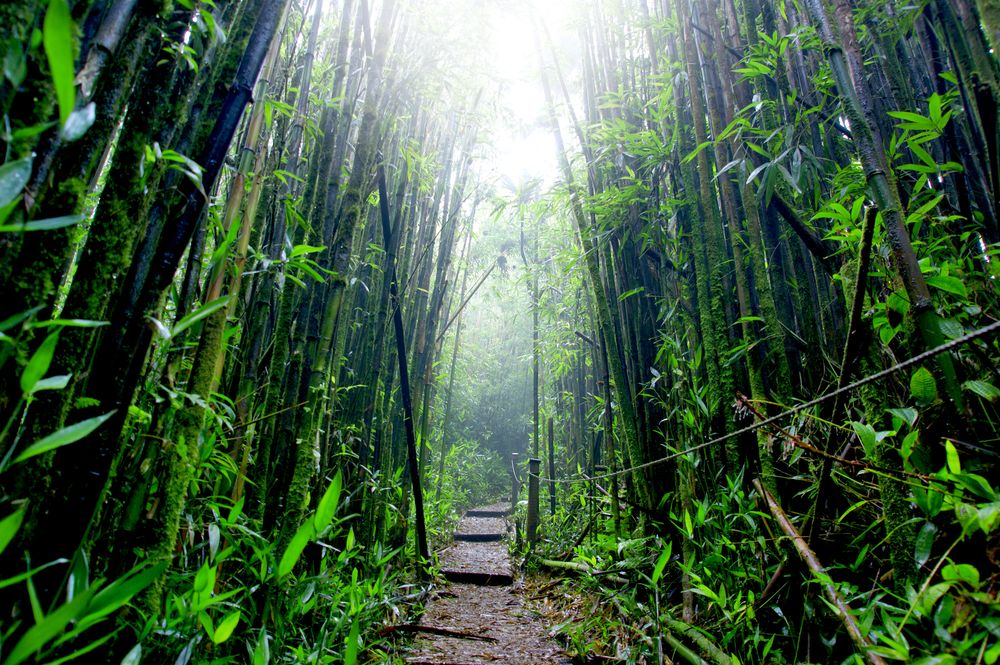 With the change in vegetation, the climate of the island also changed. Before terraforming began, hardly any clouds passed over and rain was scarce. After vegetation began, island settlers noticed that rain storms were more frequent. Caroline Power, who visited the island in 1834, reported that “the last three years have seen considerable changes in the climate. For months together, I have been told by several people who have lived for 3 to 7 years, Simultaneously by Captain Bateb, neither cloud shall pass over the sky, nor a drop of water shall fall; but since the land of the mountain has been cultivated so much, there has been a gradual increase of rainfall—rain or mist on the mountain. Rarely does more than a day pass without it; and during the first ten days we were here, small showers fell incessantly.”

The development of the forest on Ascension Island also caused a change in the island’s water cycle. Previously, the biggest problem with Ascension Island was water retention. Now as with forests, rainwater did not flow back into the ocean, but was retained by the soil and island forest, taken up by roots and eventually evaporated from leaves to add more moisture to the air. This created a humid microclimate that cooled the landscape, increasing the likelihood of more rain. 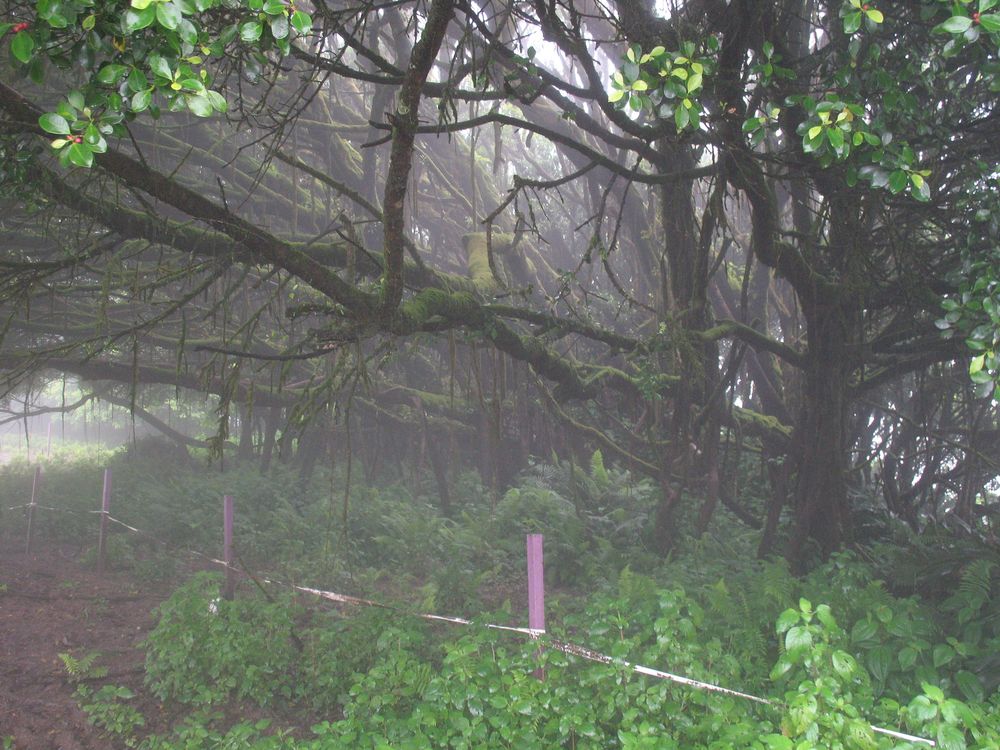 Green Mountain’s flora can now be divided into three distinct regions—a dry and warm region below 330 m with patches of grass, dry-adapted shrubs and small thorny mesquite or tobacco trees; There is more complete coverage, including grasses, prickly pears, and trees such as juniper, she-oak, and acacia, from 330 to 630 m. Above, 660 meters is a misty, wet area that is completely forested. In addition to bamboo and Norfolk pines, there are bananas, ginger, juniper, raspberries, coffee, ferns, fig trees and cape berries. At the summit, there is an open body of fresh water, the Dew Pond, filled with blue water lilies. The region is about 7 degrees cooler than the lowlands, providing residents (the island has a population of 800 distributed in five settlements) and tourists an escape from the year-round heat of the tropics. In 1926 ACH Rice wrote, “How wonderful is the heavenly air here!”. “How cold and clean the dusty dry lava below is after the epidemic!” 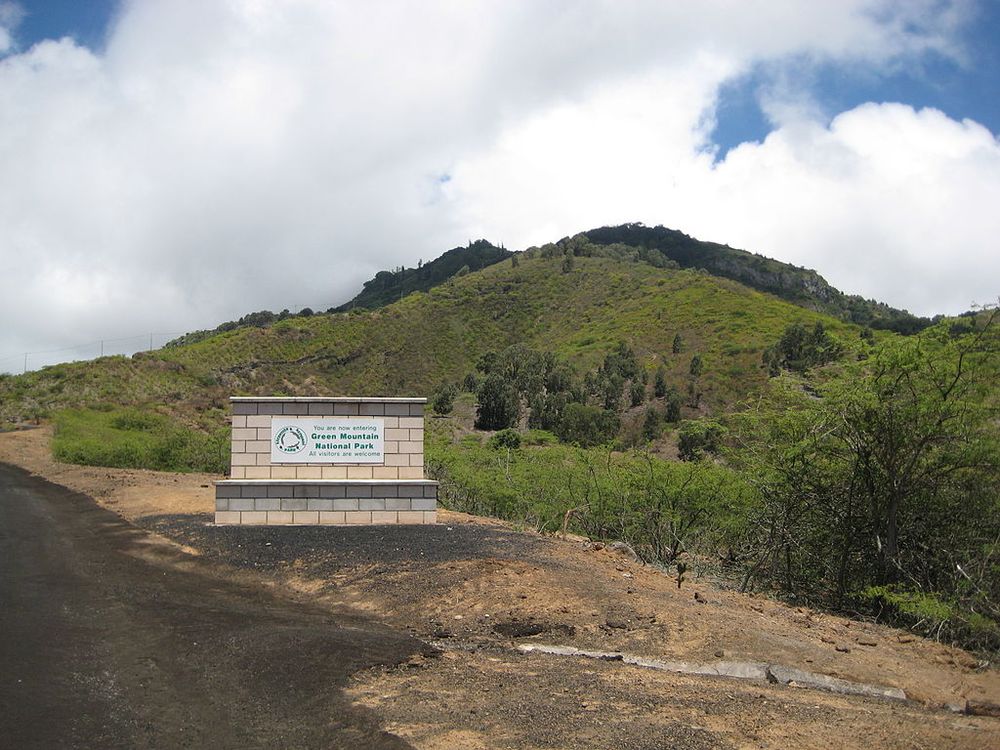 There is an important lesson to be learned from Ascension Island. If one small forest could completely change that region’s climate so much, imagine what the loss of plants from habitats around the world is doing to Earth’s climate. Since 1990, Earth has lost an estimated 420 million hectares of forest. This number is increasing as the human population continues to grow. The only good news is that the rate of deforestation has declined over the years.

Dr. Dave Wilkinson, an ecologist at Liverpool John Moores University, finds Ascension Island’s strange ecosystem exciting. “It tells us that we can build a fully functioning ecosystem through a series of coincidental accidents or trial and error.” Wilkinson believes that Ascension Island is a great example where aspects of ecosystem building and function, as well as the mitigation of human-caused global environmental change, can be studied.