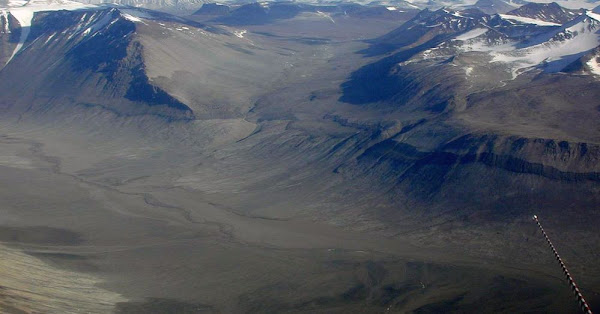 Antarctica is one of the most inhospitable places on Earth, with year-round cold temperatures, violent erosional winds, and ice covering almost the entire continent. But there are areas where the southern continent is free of ice. These areas are called “dew” or “dry valleys” because of the comparatively favorable conditions for the development of life. Their area ranges from several dozen to several thousand square kilometers. Here are some of the most notable Antarctic oases.

The McMurdo Dry Valleys measure approximately 4,900 square kilometers and are the largest ice-free basins in Antarctica. The high mountains enclosing the valleys prevent glaciers from flowing into it, thus keeping it snow-free. Dry valleys have very low humidity which does not allow snow to form. It is one of the driest places on earth. It probably hasn’t seen rain for at least 2 million years. 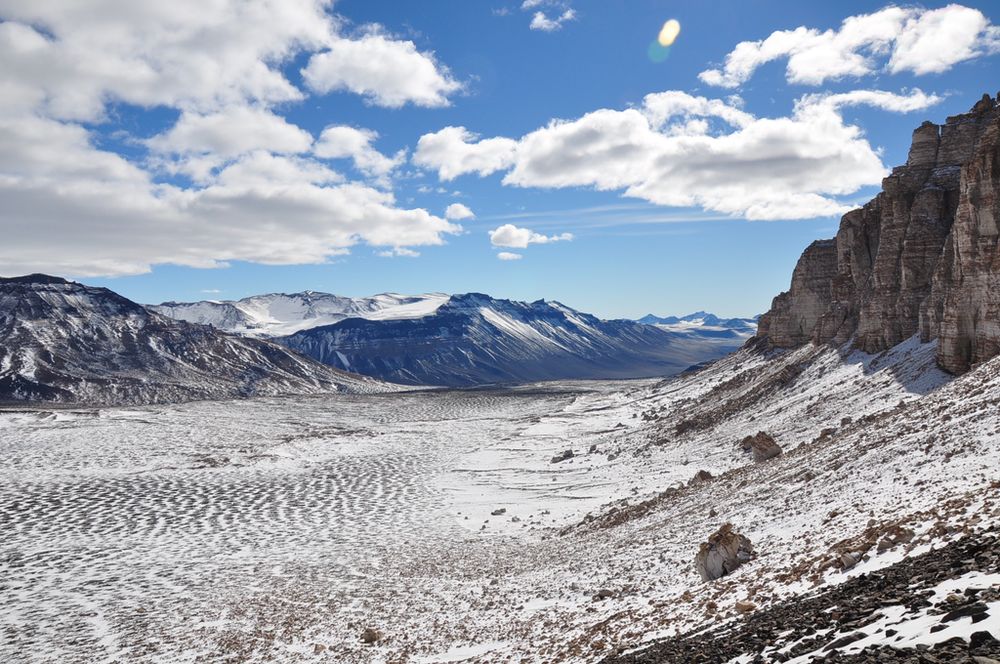 Despite being an “oasis”, the McMurdo Dry Valleys is essentially a desert. No living organisms can survive in permafrost, although some hardy photosynthetic bacteria have been found to live in the relatively moist interior of the rocks, and anaerobic bacteria, with a metabolism based on iron and sulfur, live at the bottom of Taylor Glacier. The McMurdo Dry Valleys are home to several extremely saline lakes and a few meltwater rivers. 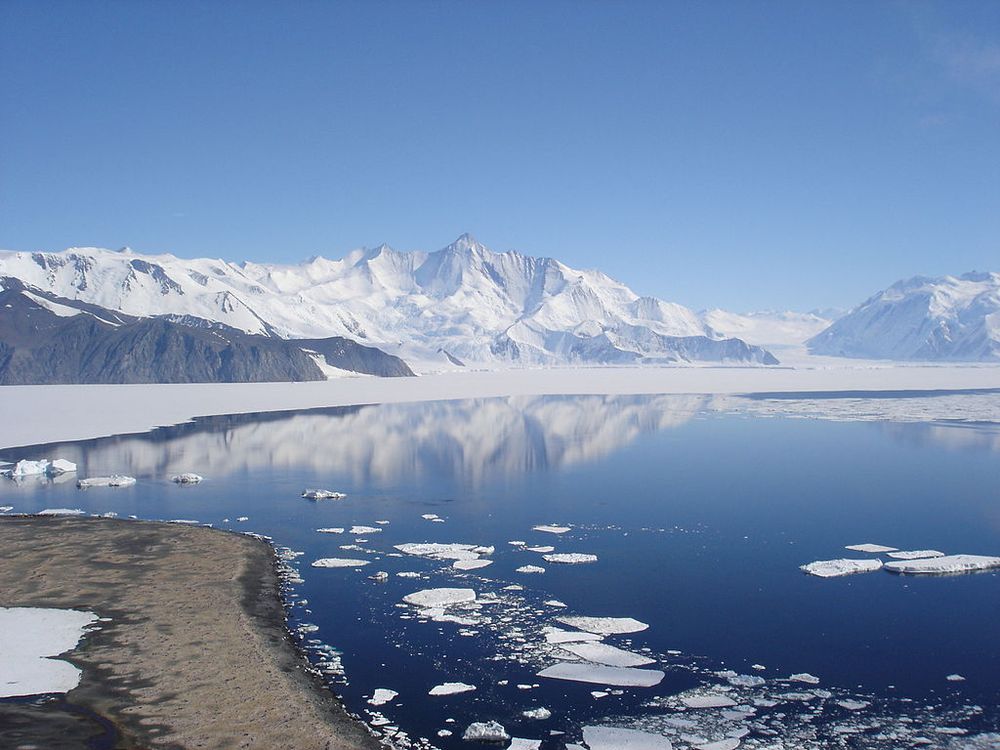 Cape Hallett is another oasis located at the northern tip of the Hallett Peninsula on the Ross Sea coast of Victoria Land, East Antarctica. Unlike the McMurdo Dry Valleys, Cape Hallett is exceptionally rich and diverse in plant life, with 18 species of lichens and five species of mosses. Animals found at the site include, as well as four species of mites and breeding colonies of three springtails, south polar skua and Adélie penguins.

The Barren Hills, located on the Knox Coast in Wilkes Land in Antarctica, is notably ice-free throughout the year, though exactly how scientists are not sure. The ice-free zone is 450 square kilometres, but can be as large as 900 square kilometres, with many freshwater and salt lakes within these rugged hills. The largest and deepest lake, Algae Lake (Lake of Figurnoy) is 25 km long and 137 m deep. 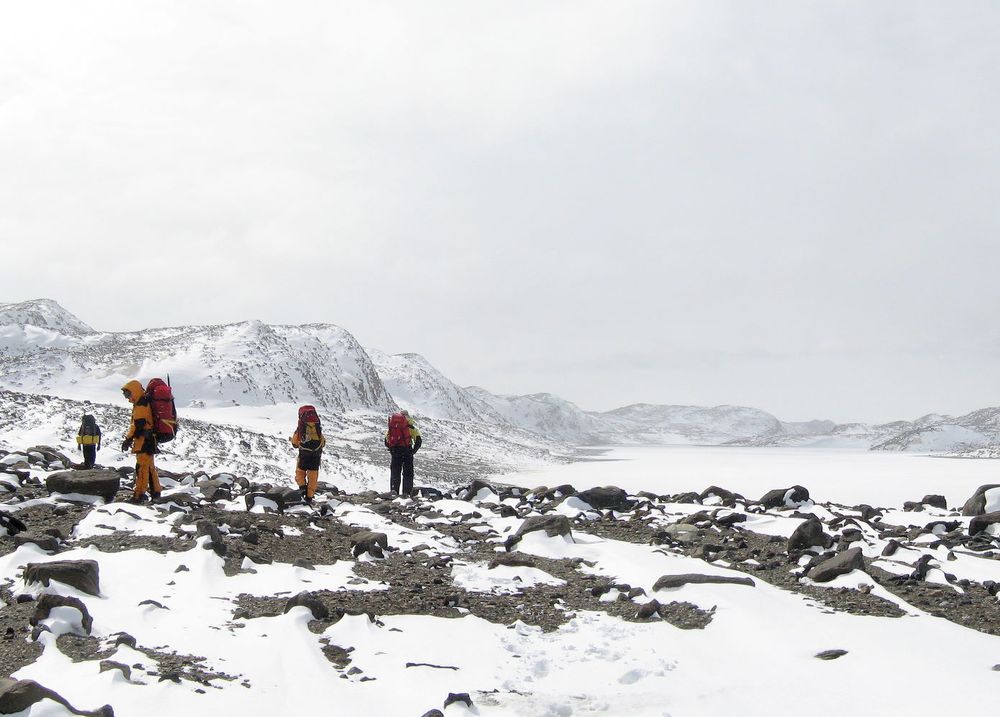 The Westfold Hills are a series of low, ice and snow-free, rocky, coastal hills covering 411 square kilometers, on the north side of Soursdal Glacier on the Ingrid Christensen Coast of Princess Elizabeth Land, Antarctica. They contain a variety of lake systems with over 300 lakes and ponds, which probably have the largest concentration of stratified lakes in the world. 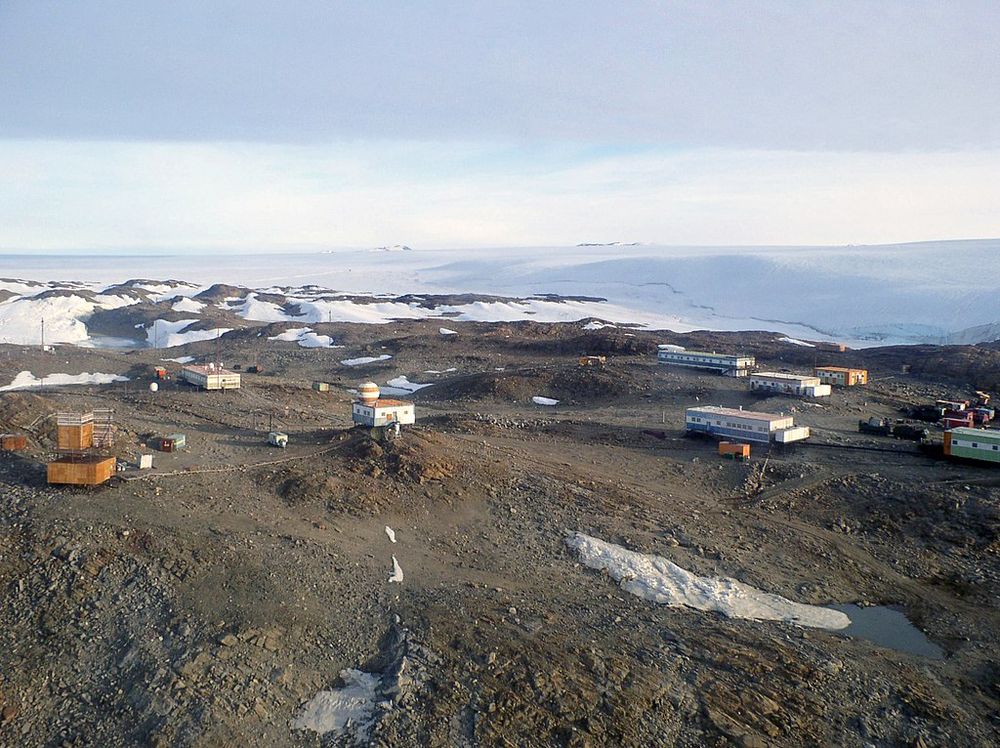 Shirmakar Oasis is the smallest oasis in Antarctica with an area of ​​34 km. It is a plateau about 25 km long and 3 km wide, located in the Shirmakar Hills on the Princess Astrid Coast in Queen Maud Land in East Antarctica. It has more than 100 freshwater lakes.

Situated between the edge of the Antarctic Ice Sheet and the Novolazerevskaya Nival Ice Shelf, the plateau is about 100 meters high and acts as a barrier to a northward-flowing ice stream, keeping the region ice-free. Relatively warm temperatures allow some types of mosses and lichens to grow. Animals included the Antarctic Skua, Antarctic Petrel, Snow Petrel and Wilson Storm Petrel. Occasionally, Adélie penguins can be seen in the oasis.