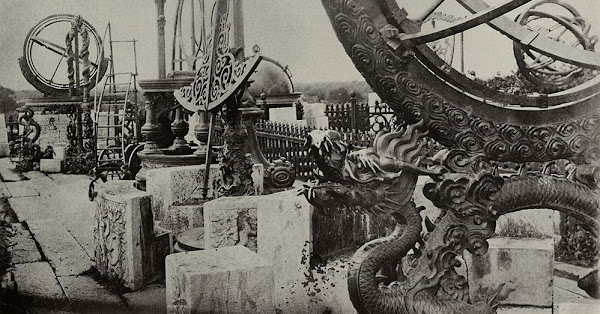 On October 9, 1623, Ferdinand Verbiest was born in the city of Pietum (present-day Belgium). In his early years it is only known that he studied humanities, philosophy and mathematics in Bruges, Kortrik and Louvain. On September 2, 1641 he entered the Society of Jesus, which sent him to Seville to study theology. In the Spanish city he was ordained a priest in 1655 at the age of 32. In Rome he completed his training by studying astronomy.

Ferdinand wanted to become a missionary in Central America, but the Society had other plans for him. Protestantism was thinning the ranks of Catholics in Europe and the Church set its sights on the Far East to add to their numbers. So on April 4, 1657, he left Lisbon for China, accompanied by 35 other missionaries and the Portuguese Viceroy of the Indies.

Instruments made by Verbiest at the Beijing Imperial Observatory. visual: Thomas Child / Wikimedia

When the ship reached Macau on July 17, 1658, only ten passengers were alive, including Ferdinand. From that date until 1660 he was in charge of the Shaanxi Mission. That year he was appointed assistant to Father Johann Adam Schöll von Bell, director of the Peking Astronomical Observatory. However, the following year the political situation led to persecution of the Jesuits, who were forced to go into exile in the canton, where von Bell died.

In 1669 the Kangxi Emperor, who was 15 years old, was informed that serious errors had been found in the 1670 calendar, drawn up by the Chinese astronomer Yang Guangxien (one of the Jesuits’ main opponents). So he called a public test to compare the properties of Chinese and European astronomy, with Yang and Verbiest facing each other. 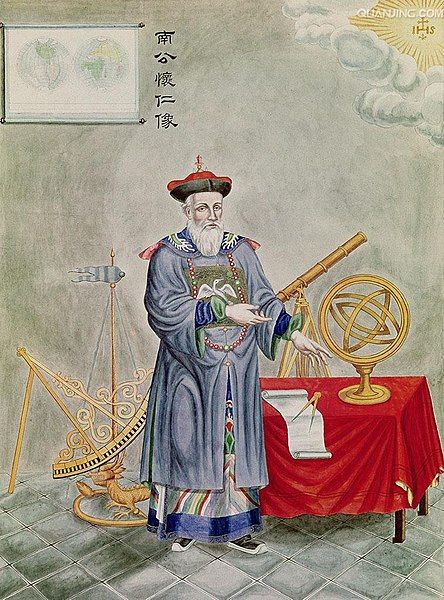 The test involved predicting three things: the length of the shadow cast by a gnome at noon on a given day; the absolute and relative positions of the Sun and the planets on a given date; And the exact timing of a projected lunar eclipse. The Verbiest prevailed among the three primarily for their access to the Rudolphin Tables (stellar catalogs and planetary tables published by Kepler in 1627) and their use of telescopes.

The emperor appointed Ferdinand Verbiest director of the Peking Astronomical Observatory, and the exiled Jesuits were allowed to return to their missions. Verbiest corrected the calendar, in which Yang unnecessarily added an extra month to hide other errors and align the lunar months with the solar year.

From there he became the emperor’s teacher, taught him geometry, philosophy and music, and accompanied him on his frequent campaigns throughout the empire. Verbiest devoted himself to many projects. He translated the first six books of Euclid into Manchu, built an aqueduct, cast 132 cannons for the imperial army, and even designed a chariot. 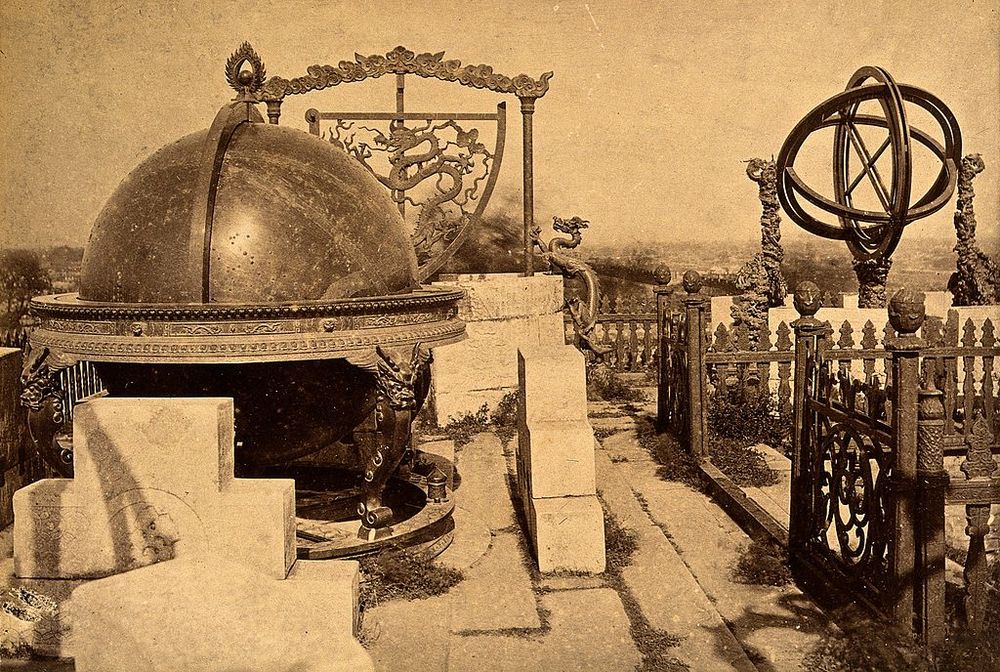 He also created new star charts, allowing the emperor to know the time of night, and prepared a table of all solar and lunar eclipses for the next 2,000 years. He then worked to rebuild and improve the astronomical observatory, work on which was completed in 1673.

Anticipating that all the observatory’s instruments were obsolete, he moved them to a museum and designed six new ones:

All these instruments were very large, made of brass and lavishly decorated with oriental motifs, with huge bronze dragons as supports. Despite their size and weight, they were easy to manipulate, demonstrating Verbiest’s great skill in mechanical design. 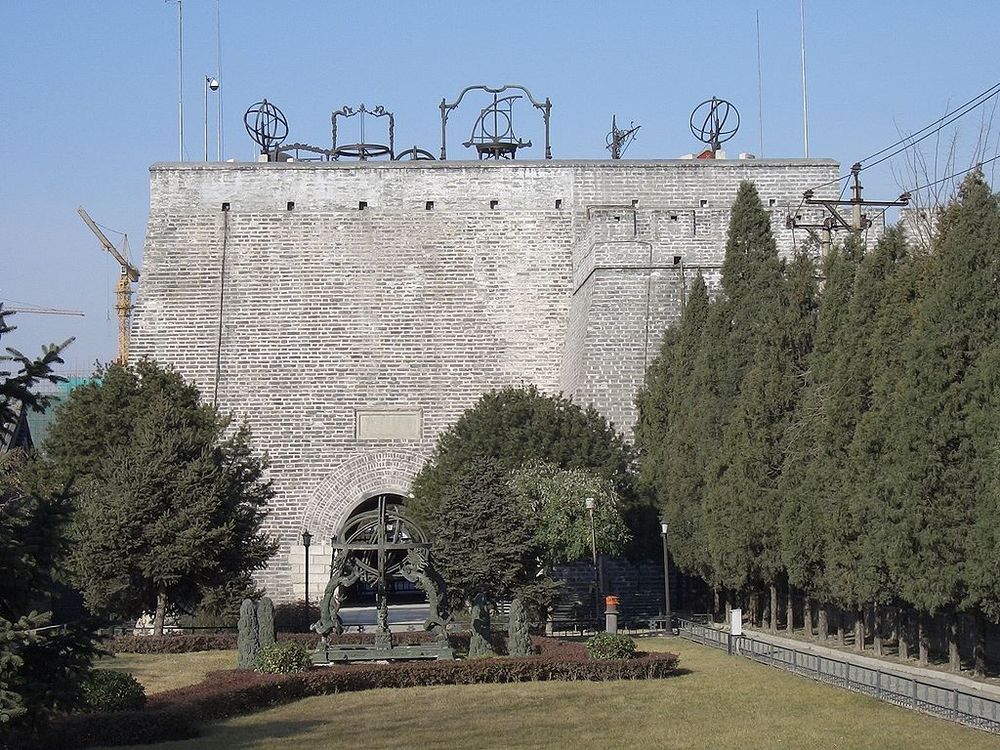 Some of the instruments made by Verbiest still stand at the top of the Ancient Astronomical Observatory in Beijing. visual: pfctdayelise/Wikimedia

He is also known to have experimented with steam to propel ships, and around 1672 he designed a steam-powered vehicle as a toy for the emperor. He describes it in his manuscript astronomia europaea (completed in 1681 and published in Germany in 1687), where Verbiest uses the term for the first time in history. engine with its present meaning.

As he wrote, the vehicle was able to run for over an hour with a single fill of coal. Although it was not designed to carry passengers due to its small size, only 65 cm long, it was the first vehicle capable of being powered by an autonomous motor.

Since the steam engine had not yet been invented, Verbiest based his design on the Aeolipile of Heron of Alexandria, a 1st century AD Greek mathematician. Steam was generated in a ball-shaped boiler, and exited through a tube at the top, from where it went to a simple turbine that powered the rear wheels. 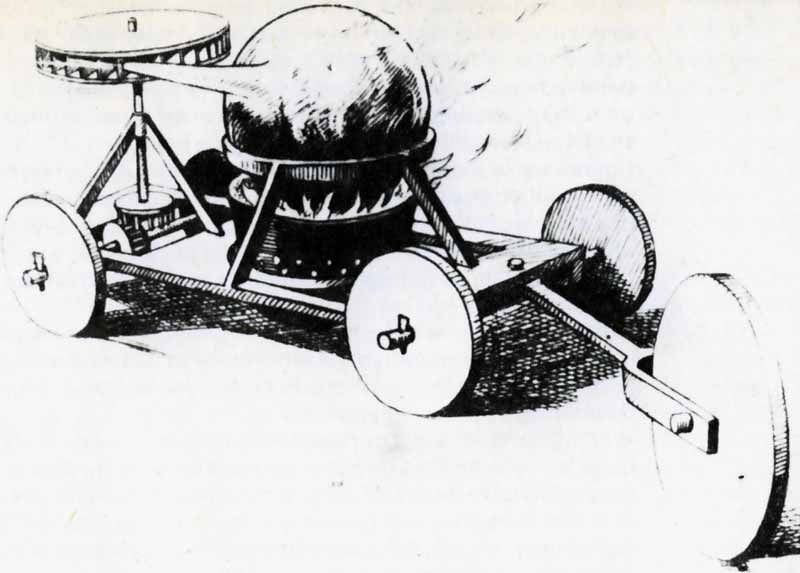 However, it is unknown whether Verbiest’s design was ever made, as no other source mentions it, nor do we have any authentic drawings of it. If that were the case, and the Verbiest had Chinese metalworkers at their disposal capable of manufacturing precision tools, it would have been the first self-propelled vehicle in history.

Ferdinand Verbiest spent the rest of his life in Peking, dying on January 28, 1688 from injuries sustained from a fall from a horse. He was buried in the Xalan Jesuit Cemetery, near his friend and teacher Johann Adam Schall von Bell. He was the only Westerner in the entire history of China to be given a posthumous name by an emperor: Nan Huai Ren.

In 1988 the Chinese government donated an exact replica of Verbiest’s celestial globe to the University of Louvain (Belgium), which can now be seen outside the Jesuit-named institution. It weighs 3,850 kg and contains a total of 1,888 stars and celestial bodies engraved in bronze, the number known when Verbiest built it. 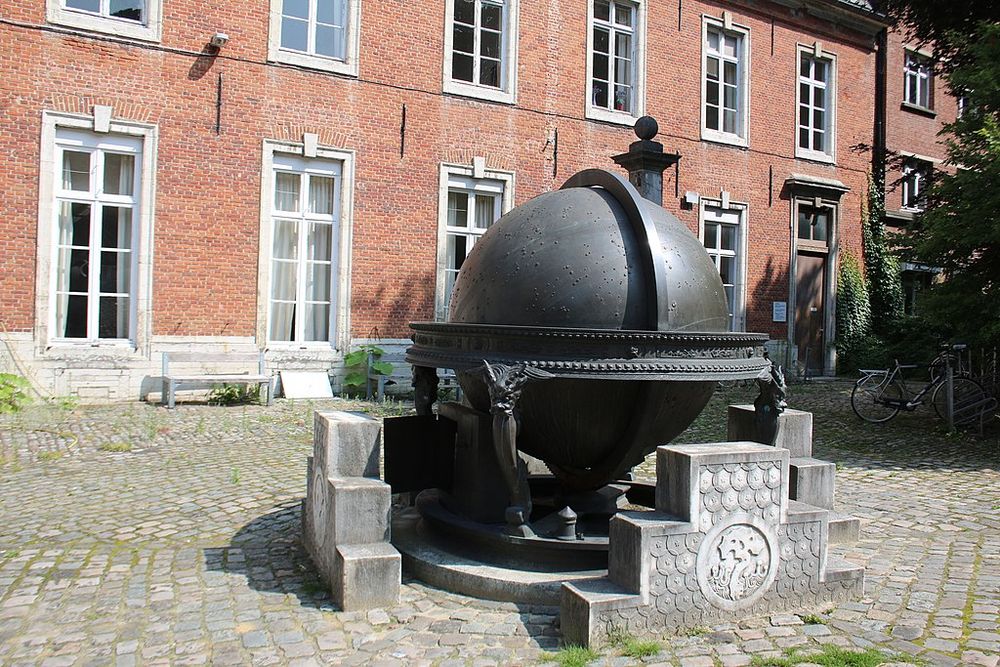 Replica of the Celestial Globe outside the Verbiest Institute of the University of Leuven. visual: FrDr/Wikimedia

This article was originally from . was published in la brujula verde, It has been translated from Spanish and reprinted with permission.